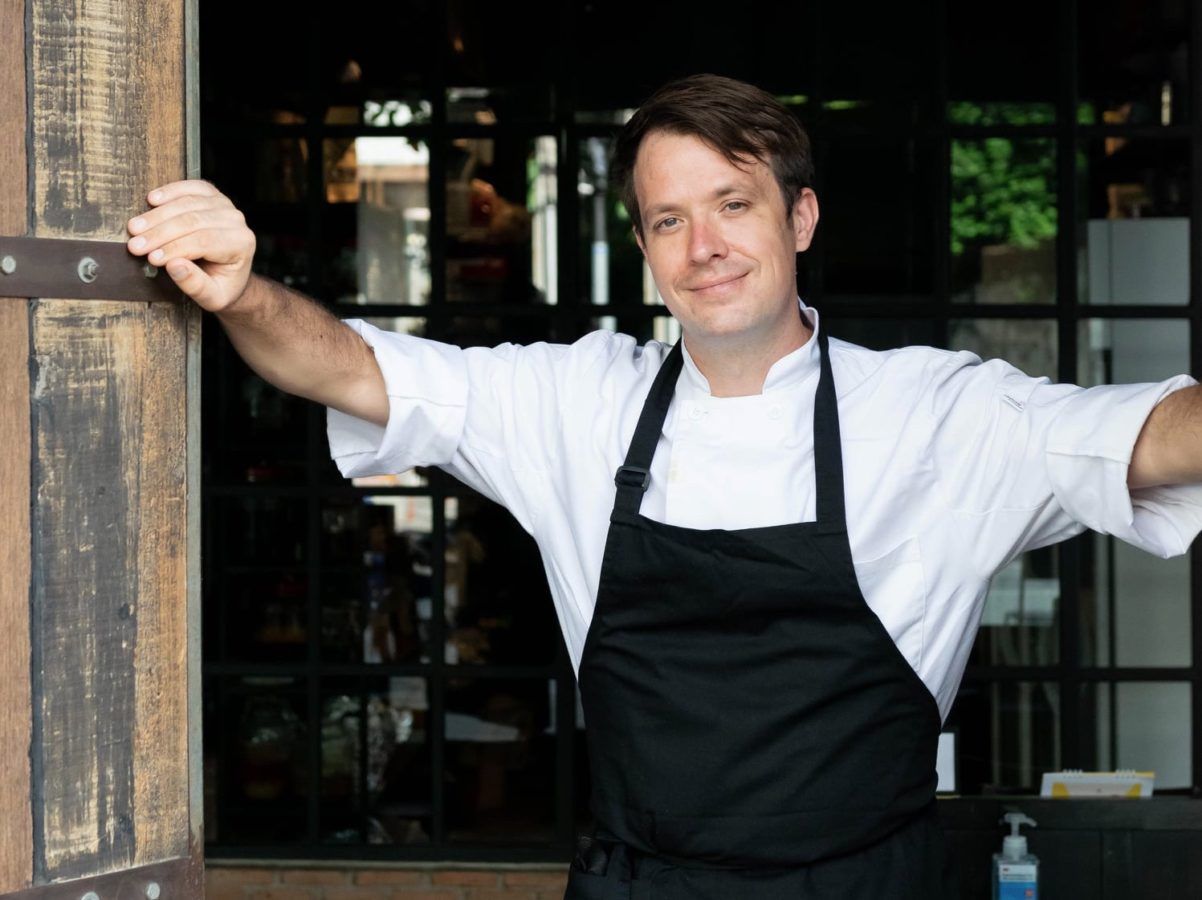 What’s cooking in the binge kitchen tonight? We asked 6 Bangkok chefs about the Netflix food show that is actually worth watching. Here’s what they said.

We always love picking the brains of Bangkok chefs, whether it’s asking them where they like to eat on their cheat days, or how they romance their dates on Valentine’s Day. This month, tired of mindless scrolling on Netflix, we decided to ask them to inspire us for our next big binge-watch.

Do chefs even watch food shows? Whilst many admitted they don’t really watch cooking shows, all chefs we interviewed stated that they do stream shows or movies related to food nonetheless. With such a massive plethora of choices on Netflix and other streaming platforms, we became curious, then, as to which ones they found the most exciting. Where some were intrigued by the history of some of the world’s most peculiar ingredients, others turned to fictional works inspired by life in the kitchen. Whatever you may be craving, here’s what these 6 Bangkok chefs think you should try.

6 Bangkok chefs on the food show or movie worth watching 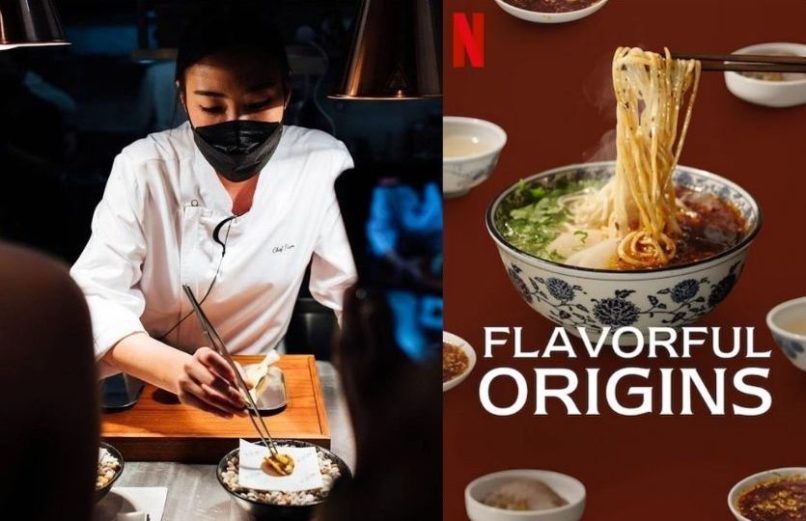 There is no new restaurant hotter in town than Potong. The progressive Thai-Chinese fine dining haunt has caused much furore since it opened late last year, and continues to inspire with Chef Pam’s creative tasting menu served in the beautiful heritage building in the heart of Chinatown. Chef Pam (who you may also know from her previous stints at The Table by Chef Pam, Smoked BKK, and as a judge on Top Chef Thailand), stays true to the ethos of her latest restaurant in her choice of Netflix food show. She highly recommends Flavourful Origins, praising it for the beautiful cinematography and the in-depth knowledge she attains from it. The show is centred around a certain type of ethnic food for each episode, exploring where ingredients come from, and the stories that surround them. From common staples like olives, to more exotic items like yusheng fish, the Chinese documentary series goes from Chaoshan and Yunnan to Gansu and Guiyang, and is a must-watch for foodies wanting to learn more about the culinary secrets of China. 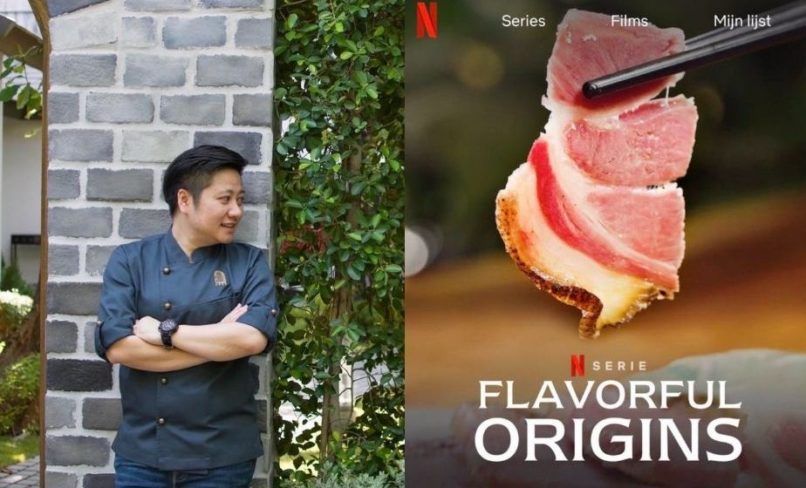 Chef May of Maze Dining agrees with Chef Pam, and praises Flavourful Origins too

If you’ve never tried Chef Phattanat ‘May’ Thongthong’s fine dining take on northern food, you’re missing out. At Maze Dining, the chef who originally helms from Chiang Mai serves up a creative tasting menu inspired by her childhood memories. Using western ingredients and techniques to lean into her northern heritage through food, it comes as no surprise to learn that the Top Chef Thailand runner-up too enjoys Flavourful Origins. Whilst dishes Chef May uses at her restaurant like sai oua and khao soi don’t quite feature on the show, she says she loves to learn about the history of various foods and is inspired by their stories. 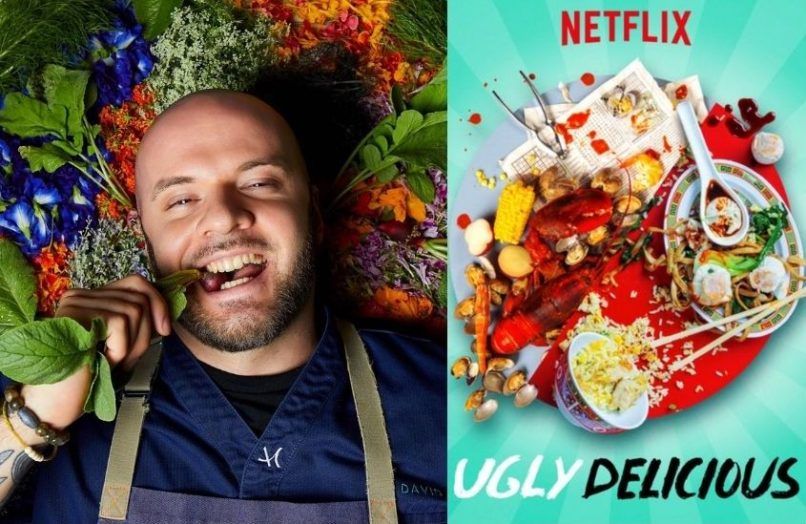 Located within the St. Regis Bangkok, IGNIV by Andreas Caminada is the first location of IGNIV outside of Switzerland. Reimagined in the capital city by the Swiss Founding Chef, the kitchen here is led by Head Chef David Hartwig. The same way IGNIV has travelled across the globe, Chef David too enjoys a Netflix food show centred around food and travel. His top tip is Ugly Delicious, which combines elements of cooking, travel, and history, with James Beard award-winning chef David Chang as its host. The travelogue sends Chang around the globe in good company with famous figures like Jimmy Kimmel, Aziz Ansari, and Ali Wong exploring the food culture of cities like Houston, Tokyo, Mumbai, and Copenhagen. Zooming in on one particular dish each episode, viewers get to explore the cultural and culinary history of a particular food, creating interesting conversation around the subject in each feature. 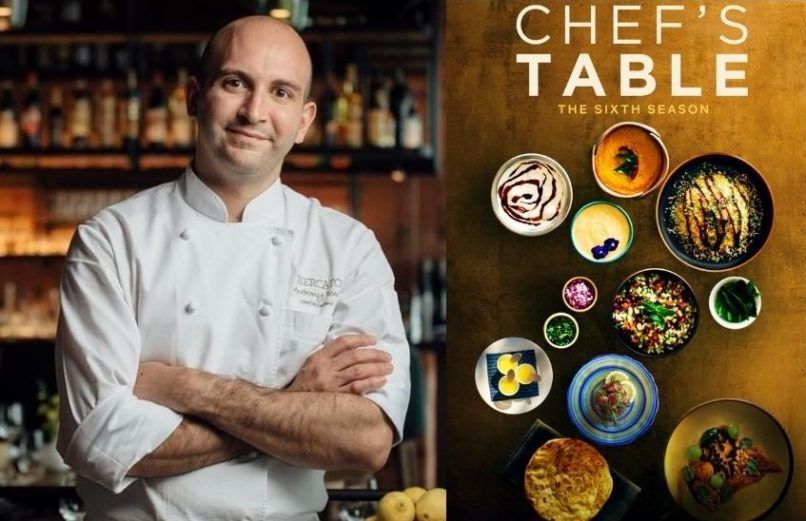 Long dreaming of opening his own restaurant, Chef Anthony ‘Tony’ Burd opened Tony’s on Sukhumvit 11 right before the pandemic lockdowns hit. Whilst for many this may have meant imminent failure, Tony’s has pulled through as one of the most exciting openings in the area in recent years, hosting a young and fun crowd in its unpretentious yet sophisticated setting every night. It’s easy to see why: Tony’s serves up classic American-Italian cuisine in a really fun environment, combining items like wood-fired pizzas and homemade meatball spaghetti with quality cocktails. Chef Tony’s Netflix food show of choice is equally as comforting and is a real classic. Having rewatched it many times, he swears by the multi-award-winning Chef’s Table, an American documentary series spotlighting some of the world’s most renowned chefs. Each episode follows one internationally-acclaimed chef as he tells his or her story, and showcases their culinary talent through the preparation of a signature dish. A real source of inspiration for Chef Tony, he is driven by the passion of the chefs featured on the show, especially in their use of local ingredients in the kitchen. 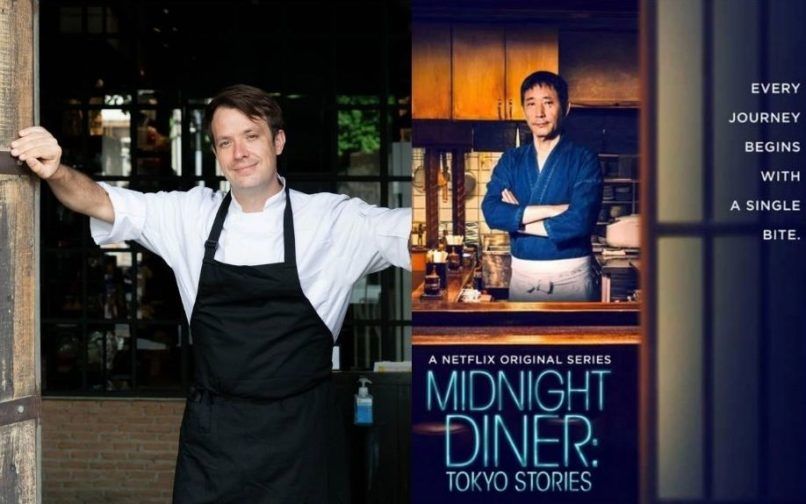 Andrew Martin of 80/20 is inspired by Midnight Diner

Chef Andrew Martin joined Charoenkrung’s beloved Michelin-starred 80/20 restaurant just last year as its head chef, following past experiences at Issaya Siamese Club and Jaew Jim Thompson. His culinary history is more than enough proof that the Canadian chef has a real passion for Thai cuisine, bringing something beautifully personal to the dishes he creates. Combining unique flavours with local ingredients, his fresh perspective always manages to keep diners curious. Equally curious, Chef Andrew’s choice of Netflix food show is Midnight Diner, not quite a documentary but rather a Japanese anthology TV series based on a manga of the same name. Centred around a late-night diner in Tokyo, it chronicles the various lives of the characters that come to the busy Shinjuku hotspot, as well as the notorious head chef that serves them. Once described as one of Netflix’s “hidden gems,” Chef Andrew says that what he really loves about Midnight Diner is how it portrays that food can bring people together, and evoke powerful emotions. 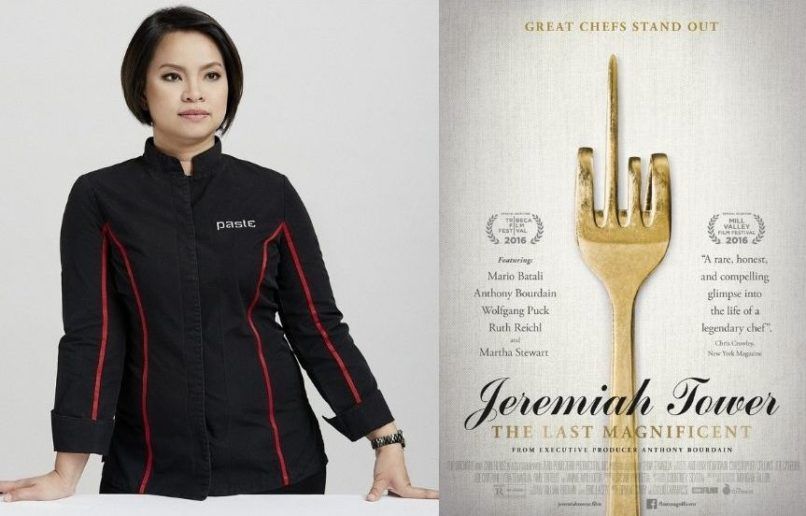 We’re ending our list with Chef Bee of the Michelin-starred Paste Bangkok and Paste Australia. Named the Best Female Chef in 2018 by Asia’s 50 Best Restaurants, Chef Bee Satongun is known and beloved in the industry for helming the kitchen at one of the best Thai restaurants in the country. Fusing age-old customs with contemporary twists, the unique and flavourful dishes here have inspired diners for years now. Recently, Chef Bee tells us she watched Jeremiah Tower: The Last Magnificent on Apple TV. The biographical documentary follows the story of one of the first celebrity chefs in America, Jeremiah Tower, and his rise to prominence with ‘California cuisine’ in the 1970s. A true foodie must-watch, the film was also produced by Anthony Bourdain.

Dining 80/20 Paste IGNIV Tony's Potong Maze Dining
You might also like ...
Food & Drink
What’s new in dining this May 2022
Food & Drink
Chef’s Cheat Day: 5 spots Chef David Hartwig of IGNIV Bangkok really loves
Food & Drink
Chef’s Cheat Day: 5 spots Chef Anthony Burd keeps going back to
Food & Drink
How to perfect spaghetti bolognese at home, according to 6 Italian chefs in Bangkok
Lisa Gries
Creative Content Director, Bangkok
Lisa loves to travel, and is always on the lookout for the world’s best nap spots. She’s a serious Asian art history nerd, and has a knack for languages and coffee table books. She hopes to publish her own novels one day, one of which will likely be called ‘All The Great Conversations I Had In A Bangkok Speakeasy.’ It’s a work in progress.
Travel Drinks Dining Watches
Sign up for our newsletters to have the latest stories delivered straight to your inbox every week.