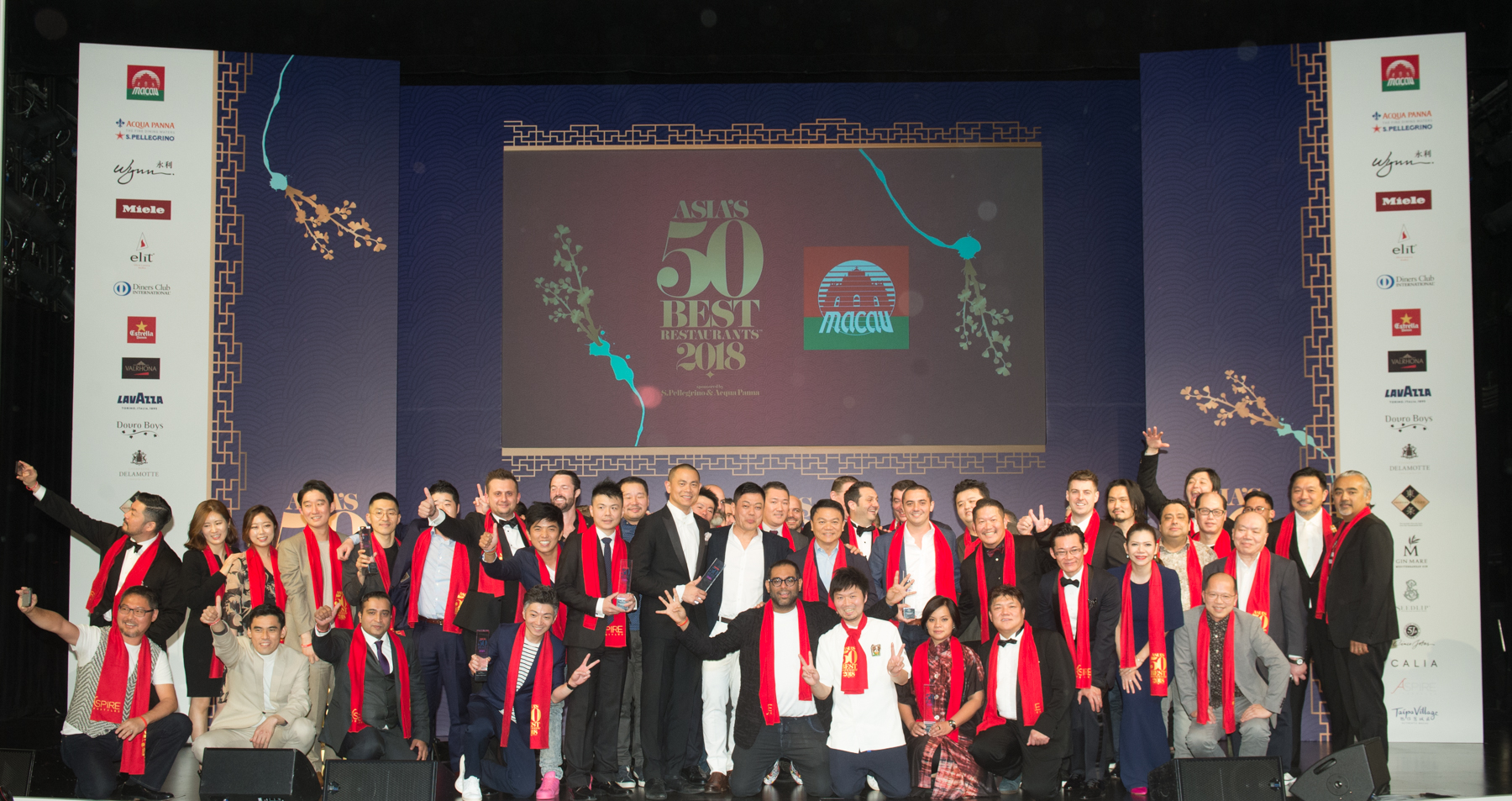 The biggest night of the year in the Asian gastronomic world has come and gone: the announcement of Asia’s 50 Best Restaurants 2018, sponsored by S.Pellegrino & Acqua Panna. The much-anticipated list was revealed on Tuesday at an exclusive awards ceremony at Wynn Palace’s Grand Theatre in Macau, attended by top chefs, media and VIP guests.

Taking the top spot for an impressive fourth year in a row is Gaggan, Bangkok’s self-styled ‘progressive Indian restaurant’. While this may come as no surprise to most people, the eponymous chef Gaggan Anand recalled in the press conference after the awards ceremony that when Gaggan first came in first place in 2015, “Everyone thought it was a fluke.” “The second year, people thought we had bribed [people],” the chef-owner continued. “The third year, we won it. This year, we don’t have to prove we won it.”

While Gaggan retains the crown, the award ceremony saw a major shake-up of its top ranks this year, with modern kaiseki eatery Den and modern Japanese-French fusion restauarant Florilege, both in Tokyo, taking second and third spots respectively, with Bangkok’s Sühring from German twins Thomas and Mathias Sühring and Singapore’s two-Michelin-starred French establishment Odette also breaking the top five for the first time.

Taking the baton from last year’s winner, May Chow from Hong Kong as the elit® Vodka Asia’s Best Female Chef this year is chef Bongkoch ‘Bee’ Satongun of Michelin-starred Thai Restaurant Paste in Bangkok, who has made a name for herself by by adding her own unique and creative twists to authentic, traditional Thai recipes. “Bee is a pioneering chef, not only among women, but in the culinary community overall. Her nonconformist approach and masterful combinations will inspire the industry for years to come” noted Frances Gaillard, International Marketing Director for Stoli Group, overseeing elit® Vodka.

Here are all of this year’s winners, with Bangkok restaurants noted in bold:

For more information on this year’s list, visit www.theworlds50best.com