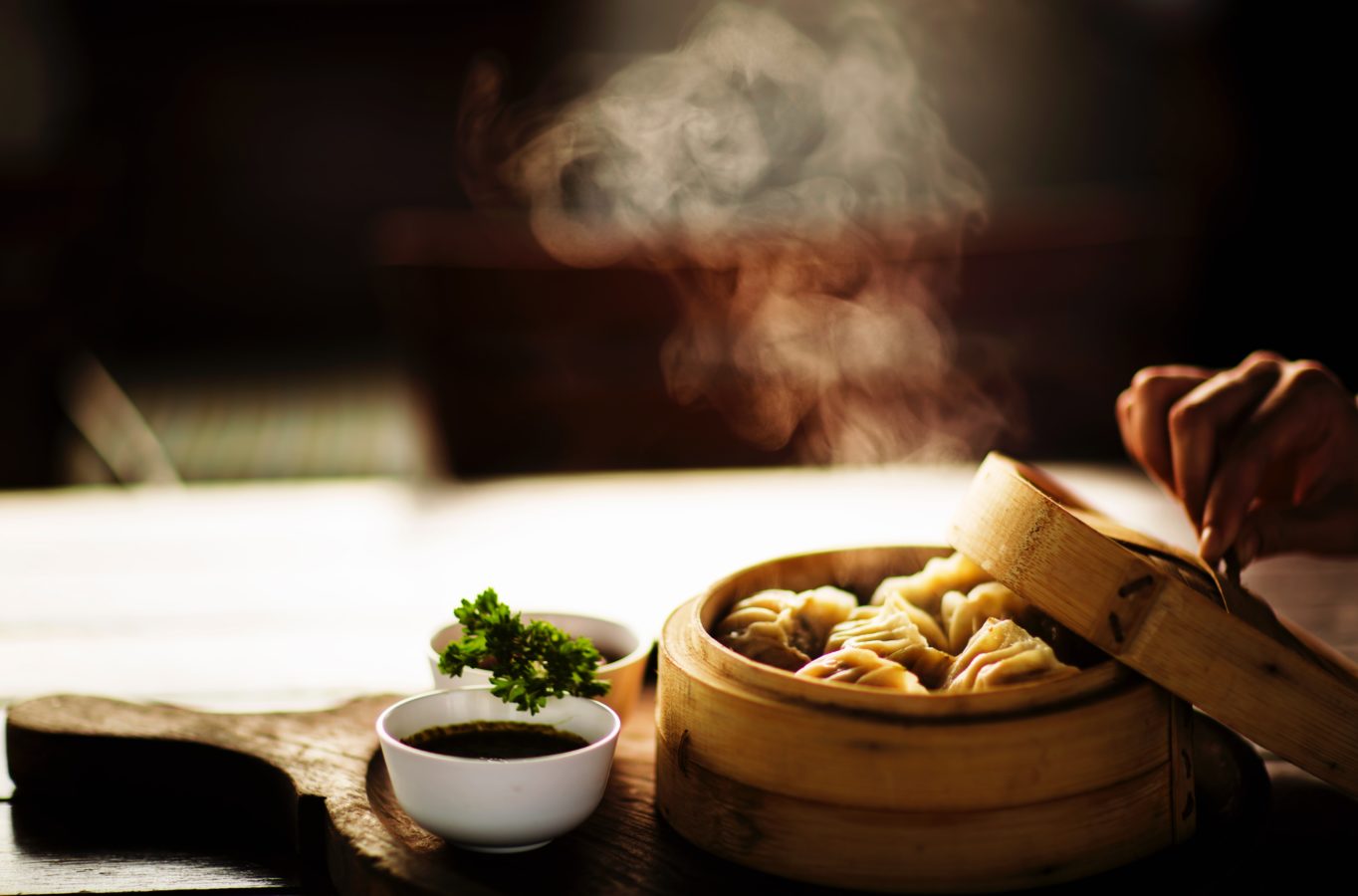 It’s about to get steamy.

There is something about dumplings in Bangkok that is irresistible. For an item that you can essentially get on a stick at 7/11, we seem to be obsessed with the steamed, pan-seared, or even boiled babies, picking them up from street-side vendors and ‘gramming them up at fine-dining establishments. All puns intended: Bangkokians love a good dump(ling).

The somewhat irony, however, is that the term ‘dumpling’ loses a lot in translation. In Thai or in other Asian languages, we have a lot of different words for what in English falls under the all-encompassing ‘dumpling.’ After all, how might we even define the dough-y darling? The traditional dimsum? Taiwanese baos and buns? Japanese gyoza? Korean mandu? Cantonese Wontons? Italian Tortellini?

Whilst the phenomenon of language and food is a fine one, we’re tapping the surface yet saving the semantics for another day. We’re hungry. It’s 12pm. And as we know you know, it’s prime time to pick up a dumpling or seven. Doused in chili oil, served in a soup, shaped like a pot of gold, or however else you fancy, here are our top picks.

We didn’t want to make this entire spiel about where to find the best dimsum, but on asking the jury (alright, our writers) on where they enjoyed their best dumpling, many a Chinese restaurant popped up. China Town, of course, comes up as the most obvious and possibly the least original answer. Then we have Bai Yun at the Banyan Tree and Yao at the Bangkok Marriott The Surawongse. Siu Mai and Har Gow are the front runners, though our Arts & Culture Writer swears on the mean BBQ Pork Buns (Char Siu) at the Shangri La’s Shang Palace.

Does a lamb gyoza count as a dumpling?

A personal favourite, there’s many a good gyoza about town, and it need not even be snazzy. We’ll admit we still love the dumplings at Kinza Gyoza, and also crush hard on the ones at Yong He Dou Jiang in Sathorn (we also spot chefs there often, if that tells you anything). Another spot in Sathorn, and another spot where you could bump into the infamous Chef Black of Chiang Mai, head to Kiew Leaw Ning and try the lamb gyoza to really switch things up.

We too are impartial to a warm wonton soup after a night out. There are plenty along Bangkok’s streets, but it is often the soup here that makes the dish a star. What’s interesting this year is the rise in soup dumpling loving (or xiao long bao if you speak the lingo), likely attributed to the arrival of Din Tai Fung. Our Dining Writer loves the soup dumplings at this legendary restaurant, and it’s a good place for the uninitiated to learn. There are even instructions on the tables on how to slurp them.

For a lesser mainstream location, we also hear a lot of buzz around Tuang Dim Sum, and again, Yong He Dou Jiang.

This shouldn’t be a related note, but it kind of is. Would you consider bua loy rice dumplings as dumplings? You know, the one’s best served with a black sesame filling in a ginger soup? A bit more on the spicy sweet flavour route, our Events Writer swears on these at a haunt along Yaowarat Road, though she won’t entirely disclose.

Dumplings have a long history in Asia, and go beyond mere culinary heritage as a cultural gem, too. There’s even a scene in Crazy Rich Asians where the crazy rich Young family sits at a table making them. We love this sense of passing on tradition into modern times, and a spot that has recently opened along this nostalgic tangent is Jiaozi. They’re putting a sweet modern spin on their horn-shaped dumplings, which range from original to Sichuan to mushroom.

Speaking of ‘shrooms, let’s not ignore the vegans amongst us. A few days after opening, plant-based cafe and restaurant Vistro caused some furore with their vegan dumplings. The bonus here is that you wouldn’t accidentally dip them into a sauce that wasn’t vegan — be mindful dear vegans that chili oil and paste often contains traces of fish and shrimp. But we’re preaching to the choir now.

Admittedly, that was a terrible play on La Dolce Vita. But we wanted to show inclusivity of some sort.

Whilst the definition of a dumpling feels frustrating because we’re bilingual, it’s also kind of great. The options are endless, and they span across Asia into Western countries, too. Think, Polish pierogi, Jewish matzo balls, Mexican empanadas, Italian ravioli — the list goes on.

Asked where she gets hers, our Dining Writer suggests the recently opened L’Oliva, as well as the Foodie Collection’s La Dotta. A journey from xiao long bao to burrata ravioli all in Bangkok; it’s 2020, man. How are you defining dumps?

This article first appeared on Lifestyle Asia Bangkok on 29 January 2020.

Dining Bangkok Restaurants Dumplings Dimsum
You might also like ...
Food & Drink
Where to find the best croissant in Bangkok
Food & Drink
Prep your chopsticks: 8 best places for dim sum in Bangkok
Food & Drink
Chef Kei Kobayashi makes history as first Japanese chef to win three Michelin stars
Style
5 Year of the Rat fashion collabs we’re really loving
Lisa Gries
Creative Content Director, Bangkok
Lisa loves to travel, and is always on the lookout for the world’s best nap spots. She’s a serious Asian art history nerd, and has a knack for languages and coffee table books. She hopes to publish her own novels one day, one of which will likely be called ‘All The Great Conversations I Had In A Bangkok Speakeasy.’ It’s a work in progress.
Travel Drinks Dining Watches