Home > Food & Drink > Dining > Do you know what cloud bread is? It’s going viral on TikTok 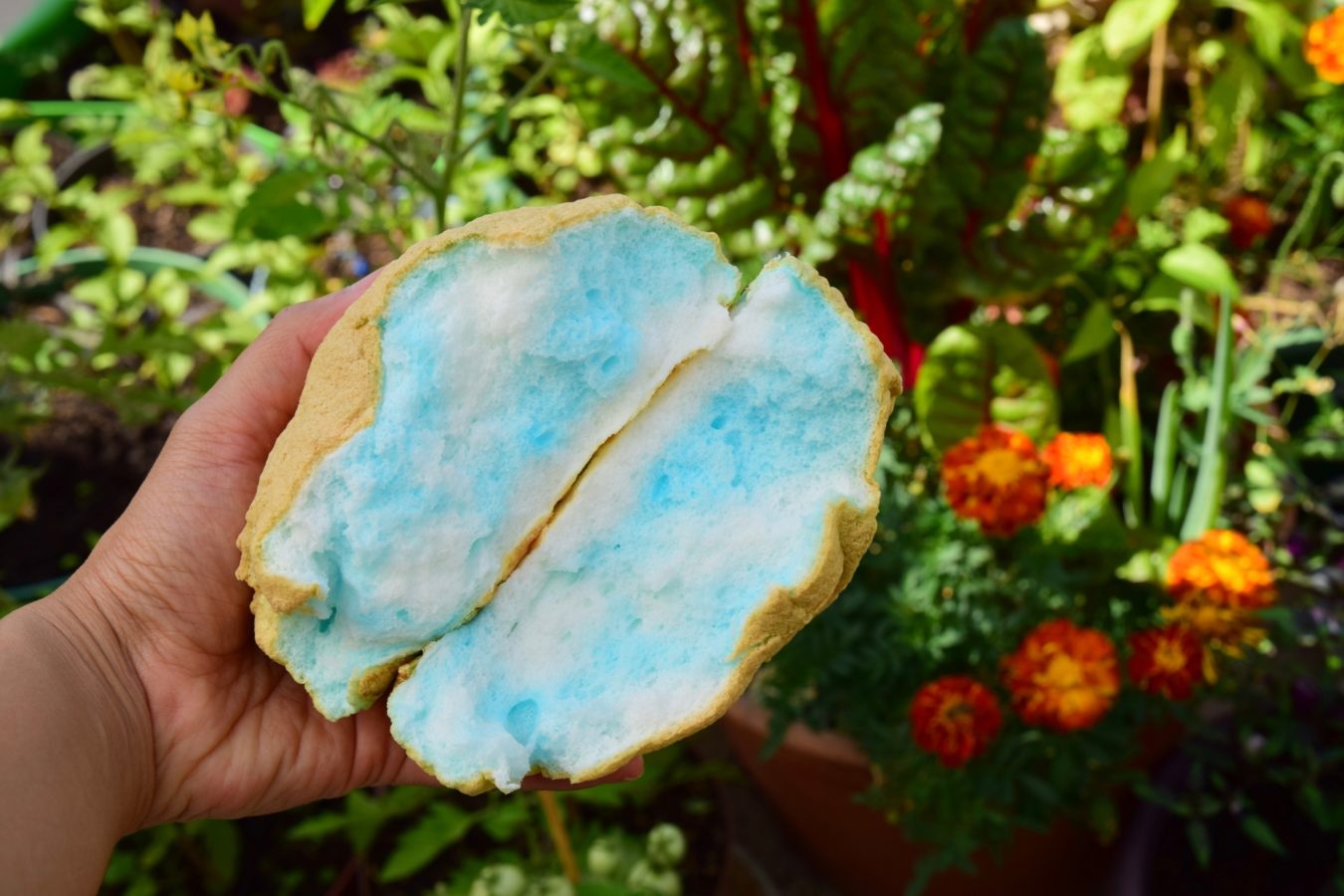 Do you know what cloud bread is? It’s going viral on TikTok

Food & Drink
Do you know what cloud bread is? It’s going viral on TikTok
Share this article
Next article

Angel food cake or chiffon cake is famed for its fluffy airiness. But times ten the soft sponginess and you’ll get the new viral TikTok cloud bread.

It is one of the food fads taking social networks by storm in recent weeks. It consists of a fluffy mass-produced from egg whites that are gently baked in the oven to obtain a kind of ‘crumb’ that is very frothy and, above all, very colourful. When you tear the bread in half, a rainbow of colours is revealed.

Fluffy. Soft. Cottony. That’s how the new recipe seen all over social networks — particularly TikTok and Instagram — is being described. The cumulonimbus moniker refers to the fluffy aspect of this preparation. Between “cloud bread” and bread, however, there is much more than one step. Because in cloud bread, flour is absent. The crust? It barely exists. Instead, people talk about the golden finish of this online trend. And last but not least, no yeast or leavening agent goes into it. So, what exactly is this new strange food?

How do you make cloud bread?

This ultralight recipe is actually made of egg whites whipped into a froth to which sugar and cornstarch are added. Some people also add baking soda to make the whites airier and, above all, firmer. The preparation in itself is nothing new since, apart from the addition of cornstarch, this is the same trick as that used for a meringue, which pastry chefs prepare as a base for chocolate mousse or to make ladyfingers (used in trifles, charlottes and tiramisu).

The difference here comes down to two points. Firstly, this meringue is placed in a dome shape on baking paper before being baked at 150°C for 20 minutes. Secondly, the influencers looking to bake up the perfect cloud bread pour food colouring into the meringue (as is done for macarons, for example) to enclose a rainbow of colour within this “bread.” And it is this “wow effect” that inspires those on the web to share and like the resulting images and videos. Such avalanches of bright colours have already been responsible for the fame of other recipes such as “rainbow bagels” and “rainbow cakes.”

The basis of this recipe had already circulated in the past, in particular by Weight Watchers, which classified it as a new way of eating gluten-free and, above all, lower-calorie “bread.” Some versions included cream cheese and baking powder. It can also be flavoured with herbs, spices, or sweet ingredients such as honey or cocoa.