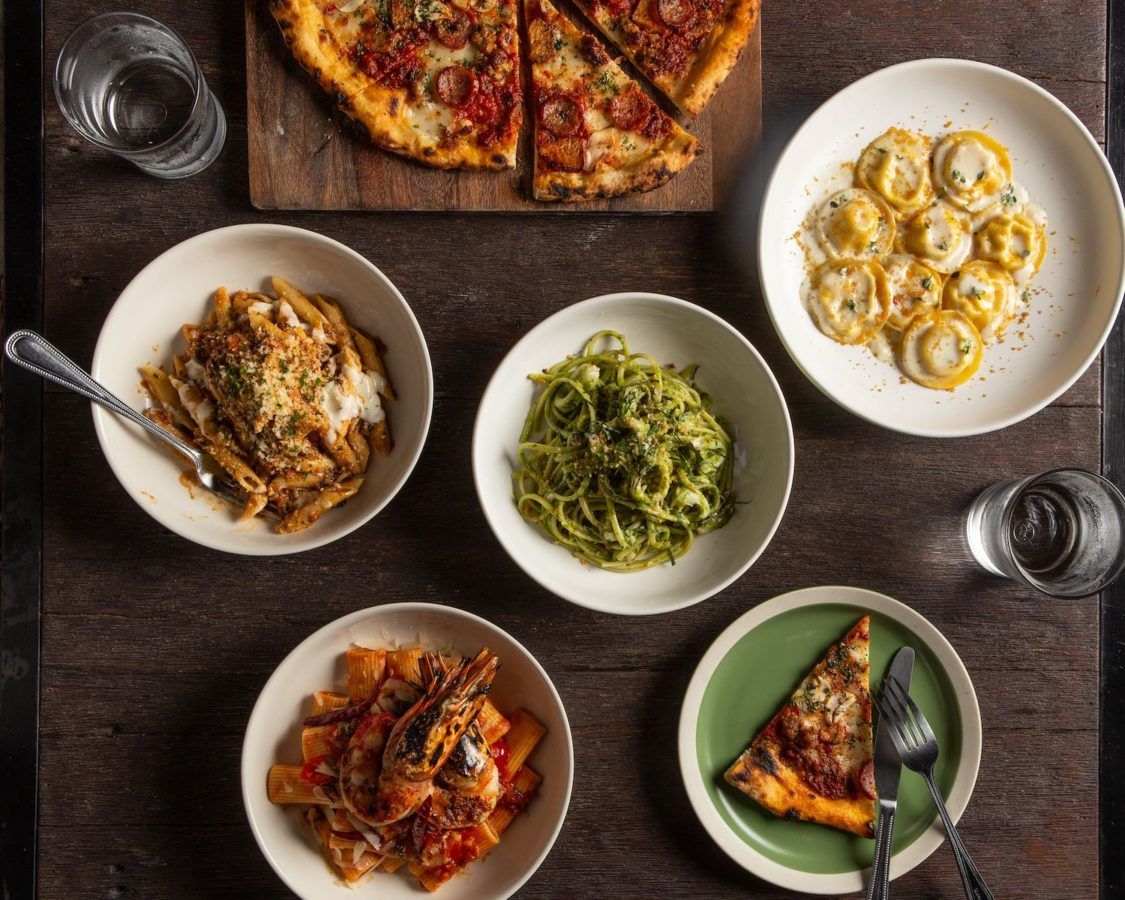 And we also know working from home and putting yourself on a restaurant fast has been tough at times. We can relate. But blessing the hands-on technology and transportation, food deliveries have become a foodie’s and shopper’s best friend during this time of self-isolation. With many establishments around town insisting on feeding the city with their scrumptious fare, Bangkok dwellers are in luck and always get their cravings met.

As you’re probably well aware, there is an endless repertoire of food delivery services of all cuisines a foodie mind could ever imagine. We’ve been giving new food establishments a shot and here is our list of food deliveries we are currently obsessed with and can’t get enough of. 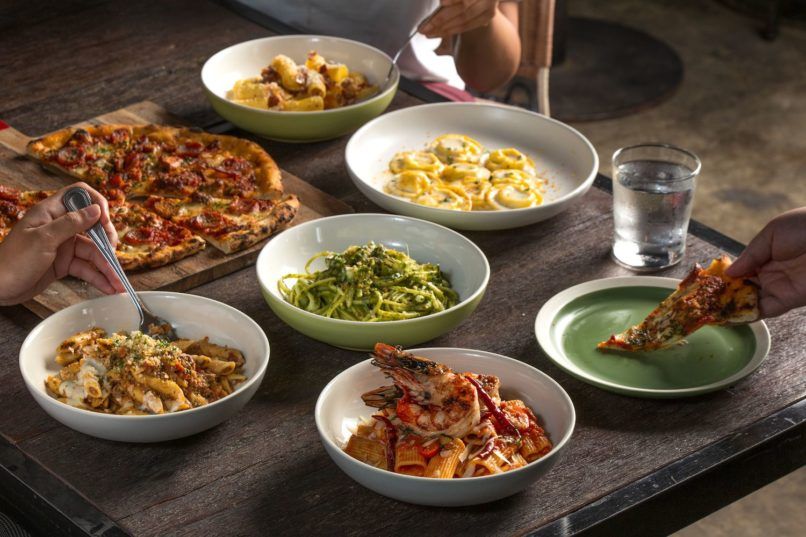 I’m obsessed with Carbar and the Honey Calabria Pizza (THB 320) is to blame. The crust yields this soft-chewy bite along with sweet-spicy flavours rendered from the toppings of N’duja sausage, spicy salami, mozzarella, and citrus honey  — which is nectar gathered from citrus plants such as lemons, limes, oranges and more. It’s the pie that bridges pungency and saccharinity beautifully without being too much on one side. The Beef Bolognese Penne (THB 290) is also a stellar one if you’re a pasta geek. 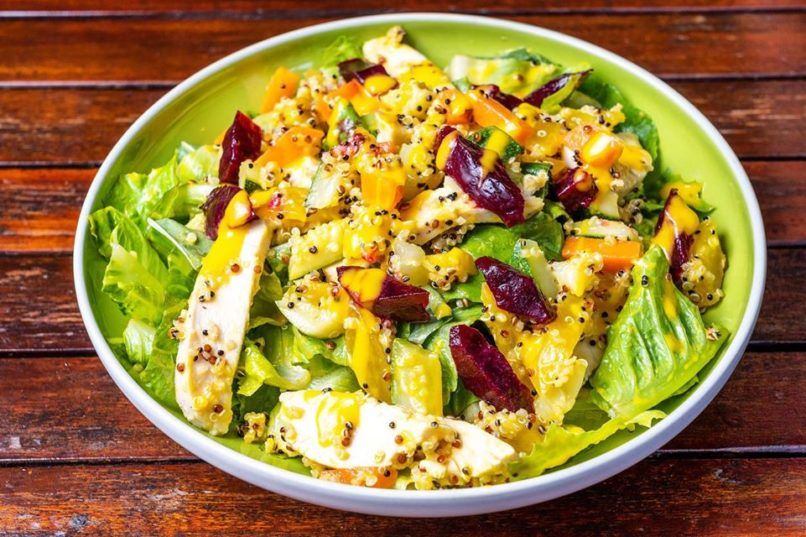 Another spot I can’t stop waxing poetic about is Blue Parrot. They dole out this quinoa salad so vibrant it almost hurts my eyes – but never fails to cause my hunger. Consisting of a beautiful bundle of chopped cucumber, carrot, mango, beetroot, spinach and slow-braised chicken, all speckled with cooked quinoas throughout, the salad is highly drool-inducing in a way that a bowl of veggies never normally makes me salivate over. 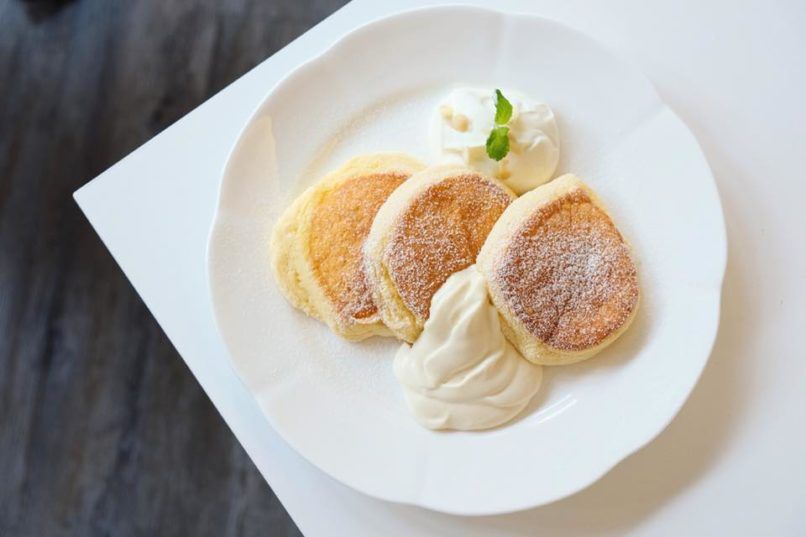 Our culture writer Alisha is enslaved by all things nice and sugary. Whether it’s sugar-laden iced tea or syrup-like coffee, she’s all in for that. So it didn’t come as a surprise to know that her lockdown’s food obsession is Souffle & Souffle Pancakes Café. The souffle pancake-focused establishment casts a spell over her with the fluffy Fuwa-Fuwa Souffle (THB 290), which is three big stacks of vanilla-spiked pancakes served with a dust of icing sugar and a dollop of whipped cream and syrup. Sweet and sophisticated, she can have all three in one sitting and doesn’t expect to share.

Our managing editor, Lisa Gries, has announced her big green-focused diet and I was happy for her, and was, of course, a loyal cheerleader until I found out she has secretly been indulging over her love for Jay Fai’s oil-dripping, crab-loaded omelette and scrumptious pad kee mao noodles. Knowing it’s nearly impossible to resist the goodness of this Michelin-starred street food, my faith for Lisa restored and now we have to thank her for getting us into Jay Fai’s succulent delivery fare. 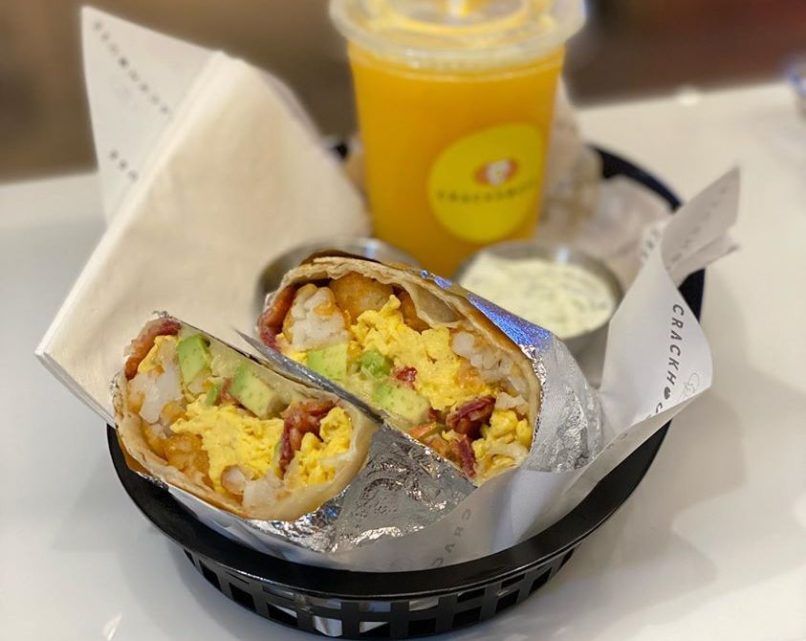 Another one of Lisa’s obsessions I’ve learned is her craving for Crackhouse’s brownies. Although she loves their Breakfast Burrito with Chorizo Sausage (THB 270), what she loves even more is their Fudge Brownie (THB 70) which boasts this ooey-gooey texture. According to her, it’s to-die-for — even for delivery.

Dining Food Delivery Blue Parrot Jay Fai carbar crackhouse deliveries
You might also like ...
Living
Weekend muse: how to arrange flowers for your home
Food & Drink
Netflix & Actually Chill: Thai Netflix movies to pair with delivery food
Food & Drink
Thirsty Thursday: how to pair Thai snacks with your favourite boozy drinks
Living
Our Good Life Guide to Staying In
Kankanit Wichiantanon
Writer, Bangkok
Kankanit is a writer by day and a baker by night. If there’s one thing you should know about her, it’s that she can wax poetic about food 24/7. Her daily routine is writing, cooking, eating, repeat. They are the things that inspire her from morning 'til night.
Dining Culture Home
Sign up for our newsletters to have the latest stories delivered straight to your inbox every week.

Asia jumps ahead on the meat alternative bandwagon