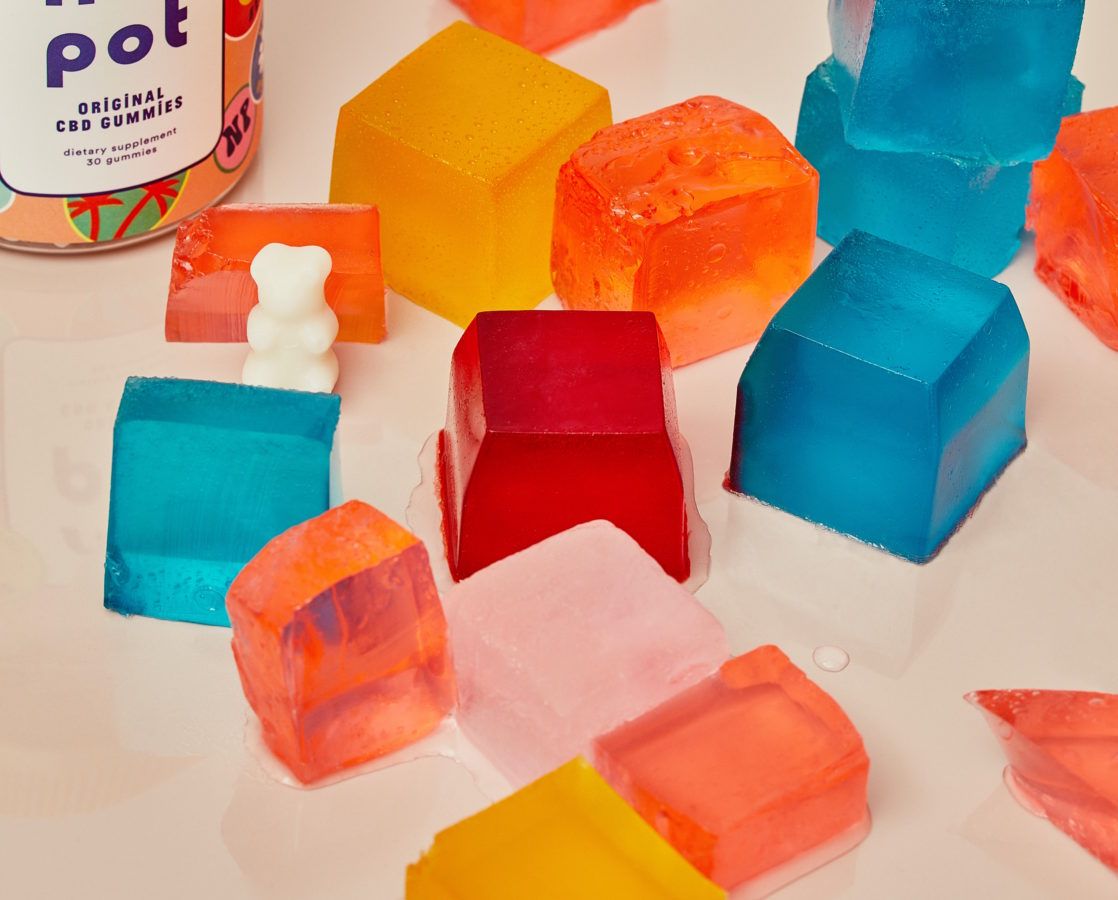 Who would have thought that the little Thai jellies we love so much would one day become a global food trend?

Among the trends that we didn’t see coming, here is one… soft. Yes, floppy food is having a moment on our plates. While some soft foods are popular in Asia for their gustative qualities, in Europe they have been picked up by designers.

Since the Justin Bieber “Yummy” craze, let’s face it, culinary slack has been on a roll. In that music video, watched over 570 million times, we see the young man stuffing himself with trembling pancakes, flabby jelly and even stealing a slice of jelly cake from his neighbor’s plate. Covid has made us a little bit flaccid, like our morale and now our food. This enthusiasm for quivering food started on TikTok in January 2020. The “jelly fruits challenge” brought together tens of thousands of internet users who filmed themselves biting into oozing candies.

Filming oneself eating is far from being a new thing. Already in 2019, many YouTube channels were broadcasting the culinary exploits of certain Koreans eating huge amounts of food via channels called “Mukbang”. On Twitch, some hosts have even made a career of it, to the point of getting paid to eat some surprising products, such as live octopus. Sensitive stomachs should stay away.

In France, the trend was spotted by Stylist. The magazine asked chef Alix Lacloche about it: “It’s not so much the taste, even if it can be very good, but rather the shape that is emphasized. Jelly has the great advantage of being malleable, there is a childish and playful side that makes you feel like you’re having fun with playdough. You can play with transparency, colors, sculpt it, but also enclose other food inside, in the form of letters and flowers. And then it moves, it’s in motion, which is quite fascinating and hypnotizing,” enthuses the chef. By 2020, the 35-year-old had developed “flamby,” small, colorful and soft pastries.

The French chef is far from being the only one to have embraced food in all its soft potential. In the United States, the “jelly cakes” trend has been spotted by Vice’s culinary branch Munchies. There we discover the surprising works of LA-based Lexie Park and Hong Kong’s Kiki Chuen — halfway between grandmother’s cameo and tea cakes. Her latest creation? A heart surmounted by a cherub.

Many culinary designers have tested the soft trend. Such as the aptly named “Bad Test.” This American company offers soft or single-colored products, or sometimes both, for events or graphics on the plate. Surfing not only on the taste aspect of food, but also on its design. From there to making the link with art is just one step.

Dining Jelly
You might also like ...
Food & Drink
4 food trends we’re expecting to see in 2021
Culture
After food and reality tv, is art the next big trend for Netflix shows?
Food & Drink
Viral TikTok food trends you shouldn’t miss out on
Food & Drink
The weird and wonderful food trends that popped up during this pandemic
Staff Writer
Dining
Sign up for our newsletters to have the latest stories delivered straight to your inbox every week.