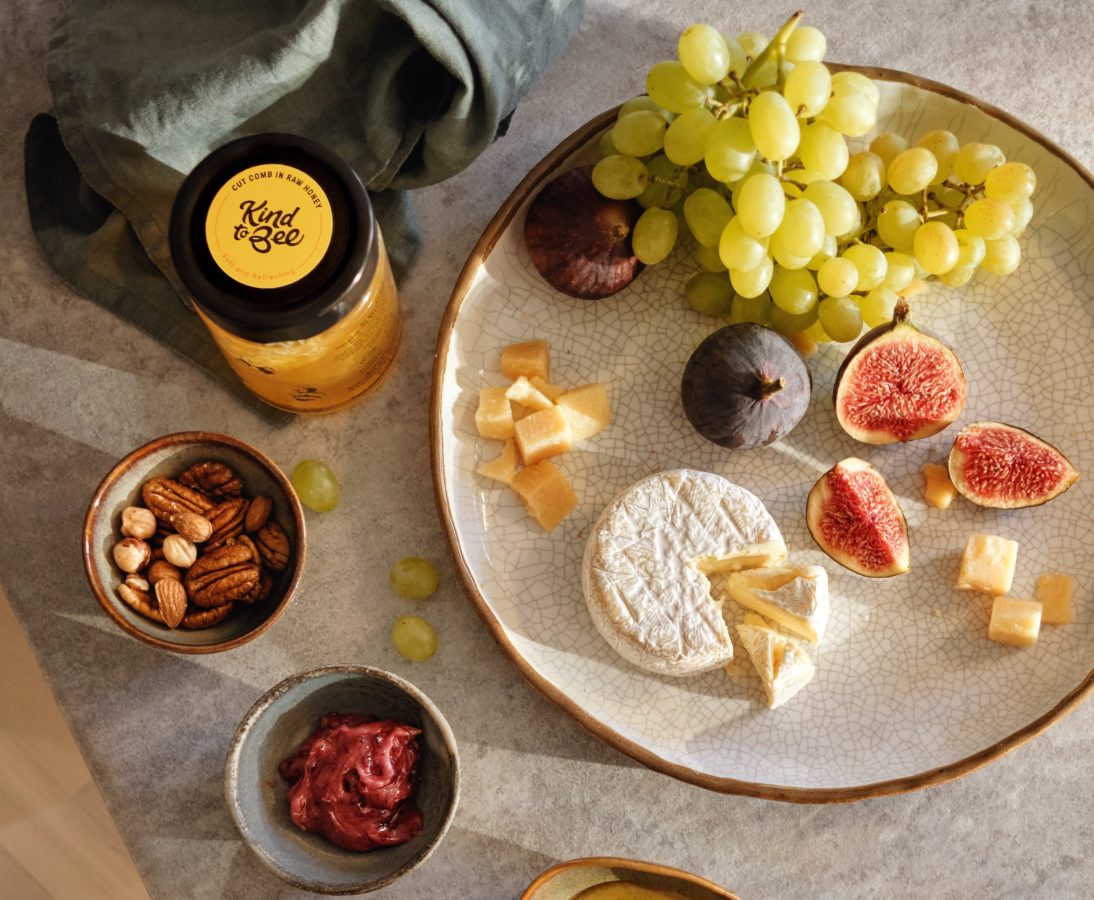 How to pair French cheese with Thai tea (yes, it’s a thing)

Food & Drink
How to pair French cheese with Thai tea (yes, it’s a thing)
Share this article
Next article

Whilst wine is certainly the more traditional pairing for cheese, here’s how and why local teas also offer an interesting pairing alternative.

In sweet company of French cheesemonger expert Francois Robin and local tea specialist Kenneth Rimdahl of Monsoon Tea, we recently attended a masterclass in French cheese and Thai tea pairing. Hosted by Europe, Home of Cheese, the versatility and variety of French cheeses beautifully complimented a selection of Thai teas. But how does this work? Does it make sense? Are French people turning in their graves at the thought of this? Read on for our findings.

What tea has in common with cheese

Tea and wine have a lot in common, even though the two are often represented at opposite ends of the spectrum. Both place importance on terroir, which deeply impacts flavour and tasting notes, and both are used in a pairing for similar effect. For example, they balance astringency with fat, contrast salty with sweet, and match like to like.

Similarly, when you’re conducting a tea and cheese pairing, it is important to engage the senses in both the tea and the cheese before digging in. The distinctive smells, flavours, and textures create an interesting interplay. The French coastal town of Normandy romances the mountains of Chiang Mai, while the fruits of the jungle accompany the apple trees of the French barns. Whilst many like to think of French cheese as “smelly,” consider how the fragrance of a delicate tea can add a little more sensual seduction to the experience.

Why tea is an interesting pairing for cheese

It only took a pandemic to get us to pay more attention to our health, and the rise of wellness menus is an ever-growing reaction to this. Even though Bangkok is slowly lifting its alcohol ban, juice- and tea-pairing menus are likely here to stay. They take the guilty edge off our dining indulgences, but they also play into that wellness aspect we’re crazy about right now.

Beyond this, it also opens the opportunity for cheese to be enjoyed outside of a dinner or evening environment. You could pair your morning black tea with camembert and dried fruit, and it could replace your breakfast snack. You could include a cheeseboard in your afternoon tea set. The pairing of tea and cheese unlocks a blend of cultures, but also opens the window to changing trends and daily rituals. Tea and cheese: is it the new self care? Read on for 5 ways you could try it.

The first pairing in our masterclass was Comte with Monsoon Tea’s Biodiversitea. Brewed for about 2 minutes, the Lanna green tea offers a slightly grassy and smokey flavour, with subtle notes of pandan and camomile. Tasted alongside the semi-hard, milky, and buttery Comte, it’s a soothing and subtle pairing, which is ideal for beginner cheese lovers.

What it tastes like: Subtly floral and fruity, very mild.
Why it works: As Francois points out, the cows at the farm in the town of Comte are often grazing flowers, and this connection really comes to life in this pairing. The tea acts almost like a sweet, flowery jam to accompany the cheese.

The second pairing, and possibly our favourite of the lot, was the Camembert with Monsoon Tea’s Jungle Black tea. Famously, Camembert from Normandy boasts a balance of milkiness and animality, especially when tasting the rind and the heart of the cheese separately. Pro tip? If you’re not one for strong cheeses, you can also remove the rind and enjoy only the heart of the cheese to reduce bitterness. It pairs well with the warm, earthy, and nutty Black Assamica tea, which hails from the Mea Ai Thai Burmese border.

What it tastes like: As the two experts rightfully point out, this pairing has something reminiscent of seaweed, which makes a lot of sense given that Normandy is located in a coastal area.
Why it works: The wild tea has a beautifully leafy scent and character, which draws on the Camembert’s naturalistic aspects.

Saint Paulin is a semi-soft cheese with a rich creamy flavour and smooth texture. It’s an interesting one because its ageing time is only 3-6 weeks, and yet it is more salty than the Comte. It has a mushroom-y fermentation, and can be paired with the Jungle Oolong for notes of smoked honey, sweet vegetal, and peach.

What it tastes like: Francois says, “it tastes like lying on a leather sofa and relaxing,” and we couldn’t have put it better.
Why it works: The milky cheese has something very comforting about it, which goes well with the warm character of this wild tea species.

The Pont-L’eveque is similar to a Camembert, but is square-shaped with a washed rind. It also hails from Normandy, and has a distinct scent that is reminiscent of cooked milk. It can be paired with Monsoon Tea’s Rainbow Tea, which boasts a fabulous blend of black, oolong, yellow, green, and white tea. It is also flavoured with mango, papaya, and jasmine.

What it tastes like: An explosion of taste, in a good way.
Why it works: The complex tea blend complements the creaminess and rustic character of the cheese. Francois says it’s like “hugging a cow.”

We end our pairing with a very strong cheese, the Bleu D’auvergne, which gets its blue-green look from the Penicillium Roqueforti. The semi-soft, blue-veined cheese is paired with the free grown pure Assamica Lanna Silver Needle tea, the only white tea in our tasting. It comes from Mae Taeng.

What it tastes like: The mild tea is a little sweet, and thereby brings to shine the very bold character of the Bleu D’auvergne. It is a balanced tea, and its earthy, deep honey aroma goes well with the salty cheese.
Why it works: Think of this way: a famously fine pairing to blue cheese is honey. This tea is a delicate and more subtle rendition thereof.

You might also like ...
Food & Drink
Unexpected food pairings you need to try this weekend
Style
The 5 fundamental rules for pairing your watch with your suit
Food & Drink
Thirsty Thursday: how to pair Thai snacks with your favourite boozy drinks
Food & Drink
Where to find scones for your afternoon tea in Bangkok
Lisa Gries
Creative Content Director, Bangkok
Lisa loves to travel, and is always on the lookout for the world’s best nap spots. She’s a serious Asian art history nerd, and has a knack for languages and coffee table books. She hopes to publish her own novels one day, one of which will likely be called ‘All The Great Conversations I Had In A Bangkok Speakeasy.’ It’s a work in progress.
Travel Drinks Dining Watches

Where to find the best English breakfast in Bangkok

Where to find the best poke bowls in Bangkok

Where to find the best, most juicy burgers in Phuket