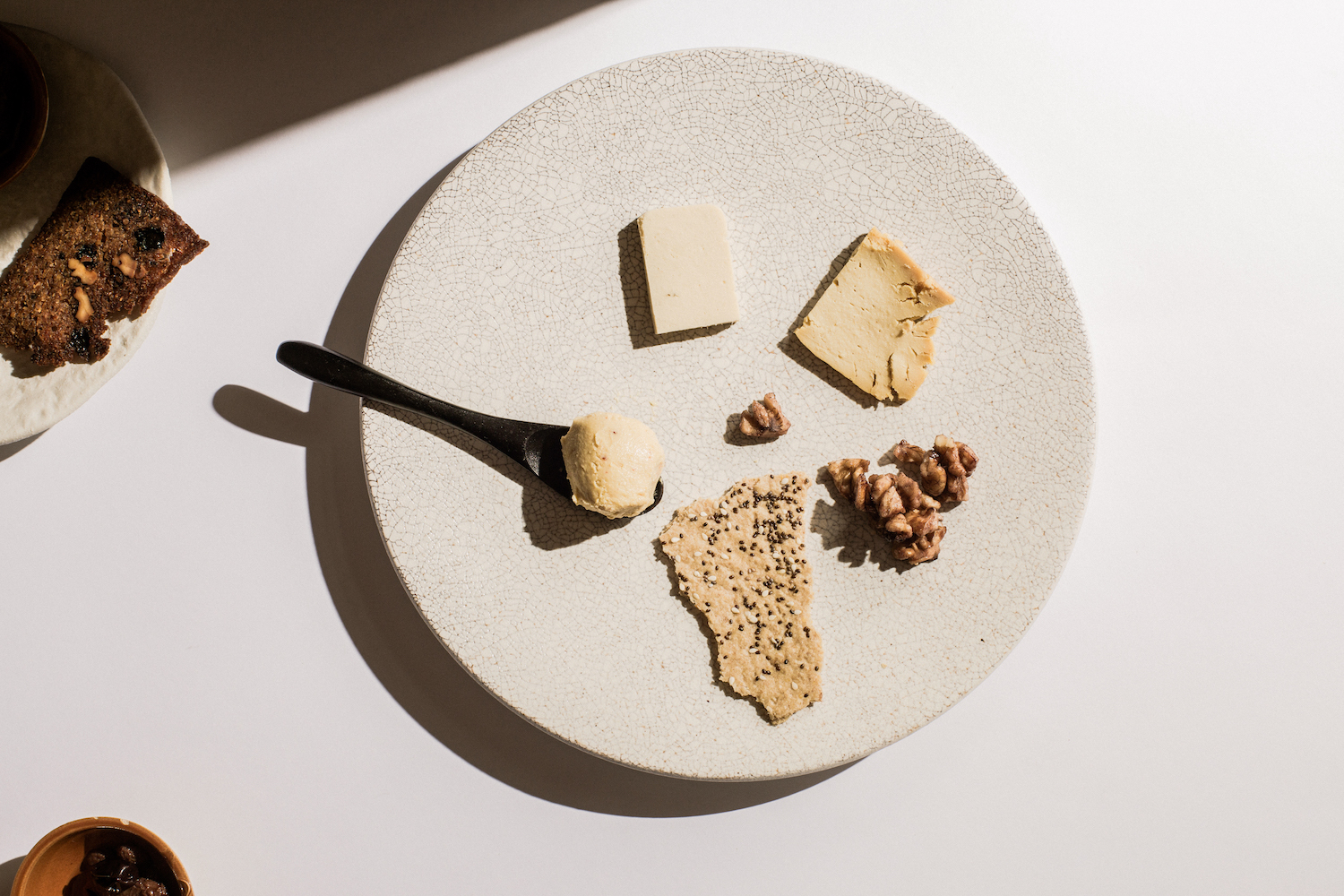 As more and more people start to question the toll dairy products can take on the environment, could vegan cheese be the answer?

Vegan “cheese” is a plant-based alternative to milk-based cheese, produced without the exploitation of animals and the use of any animal-derived products. But what if milk-free cheeses were also part of the solution for reducing the ecological impact generated by cheese production? Because that’s right, your penchant for fondue and three-cheese pizza has a negative effect on the environment.

Is traditional cheesemaking in danger? While the World Cheese Awards, an international event, which consists of comparing more than 4,000 different cheeses from 40 countries, were taking place in Spain last week, over in Glasgow, COP 26 was underway, a global meeting that aims to find solutions to climate change. So what exactly is the environmental impact of cheese with its thousands of regional varieties?

Can vegan cheese save the world?

Did you know that the production of one liter of milk emits 1.63 kg of CO2 equivalent into the atmosphere, according to data collected by WWF. We’re using “CO2 equivalent” here because cows and other ruminants emit methane while belching. This notoriously highly polluting gas was in the spotlight at the COP26 event last week as it is one of the greenhouse gases responsible for global warming.

In further detail, 0.94 kg of CO2 equivalent is released when a single liter of cow’s milk is produced, according to the Agribalyse database compiled by the agency for ecological transition in France, a country known for its cheesemaking heritage. For the rest of the equation, a Brie de Meaux, for example, weighing 3.5 kg requires 25 liters of milk. Between 20 and 30 liters of milk are also needed to make a nice Bleu d’Auvergne weighing 2 to 3 kg. Sheep’s milk comes out even higher, with production of a liter corresponding to 1.54 kg of CO2 equivalent emitted. Roquefort is one of the best-known cheeses produced with that ingredient.

If you’re a fan of goat cheese, you may be reassured to learn that goat’s milk is the most “eco-friendly,” with 0.80 kg of CO2 equivalent emitted for one liter of milk. But how “eco-friendly” any cheese is is relative, as an analysis, based on 369 studies, published in 2017 in the Journal of Cleaner Production showed that the production of one kilo of cheese (all milks combined) emits 1.5 times more greenhouse gases than one kilo of pork. The ratio increases to 2.3 times for the same amount of chicken.

Is dairy-free “cheese” the solution?

If “cheese” is made without milk, is it really cheese? It’s a question that’s coming up more frequently these days. But whatever we call it, there’s no shortage of innovations when it comes to vegetable alternatives. These vegan specialties can be made from tofu for products that resemble cheese spreads, notes PETA. While oil-based formulas are often used for soft “cheeses” or a mixture of water, coconut oil, starches and additives for “fauxmages” that are intended to be melted.

Even the Babybel brand is getting on board the vegan cheese movement! In the fall of 2020, the Bel group, which produces this iconic cheese brand, announced that it was working on a product made with plant-based milk, while Boursin has also gone into plant-based mode. In Australia, the start-up Grounded has chosen cauliflower and hemp seeds to develop its cheddar-like cheese.

However, finding a replacement for milk protein is no longer the only solution for producing cheese. Foodtech companies working to develop food innovations have not only looked at making meat in vitro. Soft cheese is also getting the treatment. A Berlin-based start-up called Formo is developing its own take on Italy’s cheese culture by making mozzarella and ricotta without cow’s milk. A fermentation technique that uses microorganisms to give life to proteins, as with cow’s milk cheese, has made it possible to recreate these cheeses in the laboratory.

Dining Vegan Cheese plant-based
You might also like ...
Food & Drink
How to pair French cheese with Thai tea (yes, it’s a thing)
Food & Drink
How to put together the perfect cheeseboard for your next dinner party
Living
Relishing the green way: 10 celebrities who are vegan or plant-based
Food & Drink
Where to find vegan grocery products to stock up your plant-based pantry
Lifestyle Asia
Here's where you can read the latest news and stories from Lifestyle Asia and our sister titles PrestigeOnline and Augustman, curated from all of our editions in Hong Kong, Singapore, Kuala Lumpur, Bangkok and India.
Luxury

6 new restaurants in Bangkok to check out this January 2022

Where to find the best vegan food in Chiang Mai

4 new cafes in Bangkok to check out this January 2022