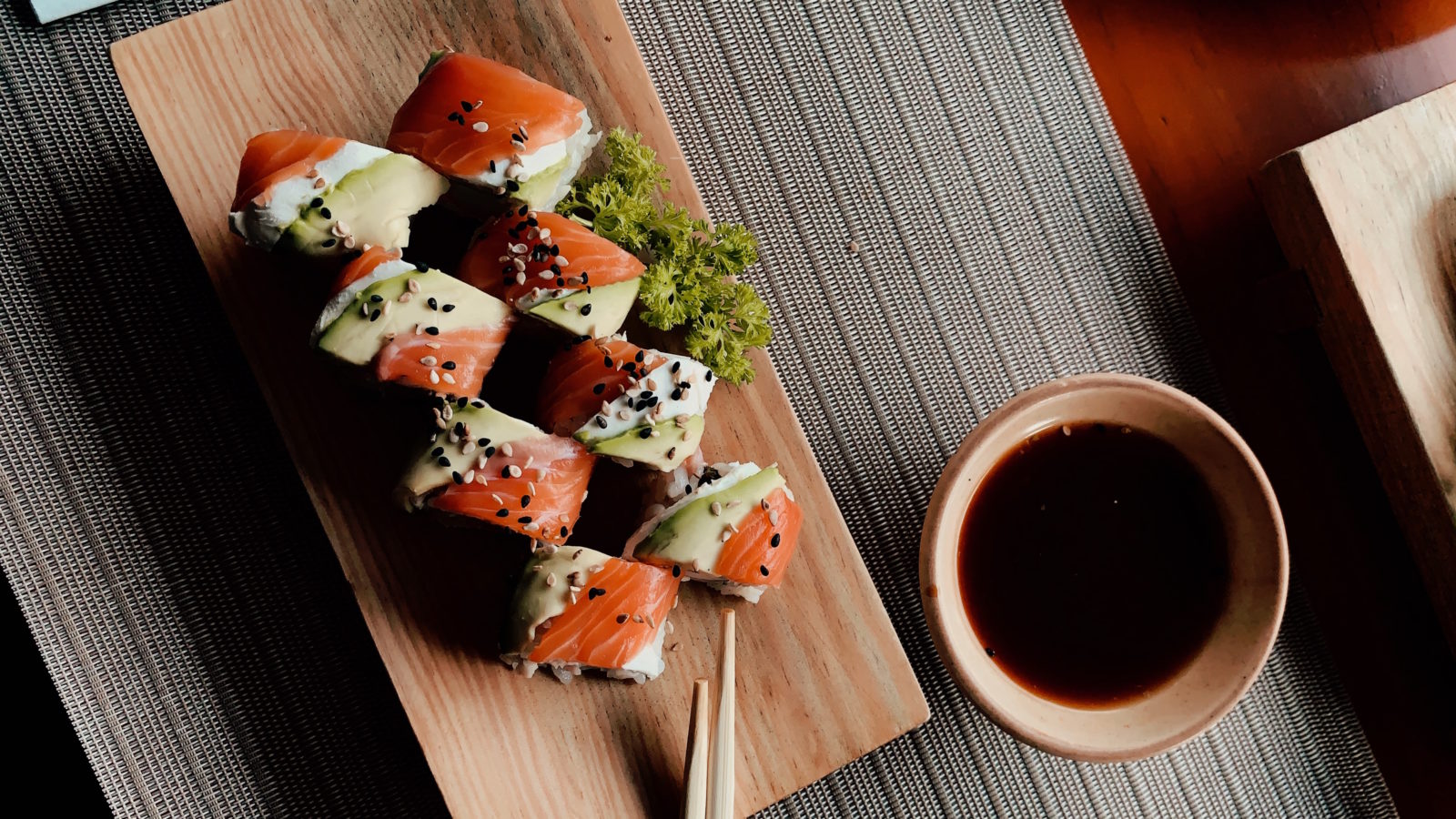 Sushi lovers: here’s how lab-grown fish is the future of sushi

Food & Drink
Sushi lovers: here’s how lab-grown fish is the future of sushi
Share this article
Next article

Calling out all sushi lovers: your favourite food is about to become more eco-friendly.

The fillet is brilliant pink marbled with white filaments. It looks exactly like salmon but has never been fished or caught in the ocean. This is lab-based salmon grown from stem cells by a Californian start-up, which aims to put an end to the scourge of overfishing.

Excellent for sushi, sashimi and maki, Wildtype’s salmon is as versatile as the real thing. However, this is a fish that has never been anywhere near the sea. The Californian start-up has grown it in a lab using stem cells taken from wild Pacific salmon. The goal of the company, which was founded by a cardiologist and a diplomat, is to protect the dangerously low stocks of real fish.

According to the WWF, stocks of salmon are under threat. Global consumption of the fish has tripled since the 1980s. Some 93% of Atlantic salmon is now farmed, and wild salmon stocks are not only threatened by overfishing, but also by global warming — like most fish, salmon are cold-blooded — and dwindling levels of prey.

The goal adopted by the young founders of Wildtype, who have garnered support from several business angels, is to continue to fulfil the strong consumer demand for one of the world’s favourite foods, which is largely fueled by its use in sushi. They also point out that their product has certain advantages, notably that it is completely free of antibiotics, mercury and microplastics.

The company is also determined to make salmon that is indistinguishable from the real thing. With this in mind, they have called on large numbers of American chefs to test out their product before putting it on their menus.

Salmon is not the only species to be tested in stem-cell projects. Other companies are working on lab-grown beef that could, in the future, put an end to the disastrous impact of intensive livestock farming. They include the Israeli start-up Aleph Farms, which recently made headlines when it claimed to have produced the world’s first in-vitro grown steak. In Essonne, France, researchers have set their sights on another contested source of animal protein, foie gras, which they are intent on producing from cultured duck cells.

Dining Japanese Food Sushi salmon
You might also like ...
Style
Best Dressed in Bangkok: Spotted in Polka Dots
Culture
In case you missed it: our 10 most popular stories this September 2020
Food & Drink
Vegan tuna is a thing now and here’s why you should give it a try
Food & Drink
Weekend muse: why sake-hopping is a great date idea
Staff Writer
Dining

4 ways to switch up your brunch game this weekend