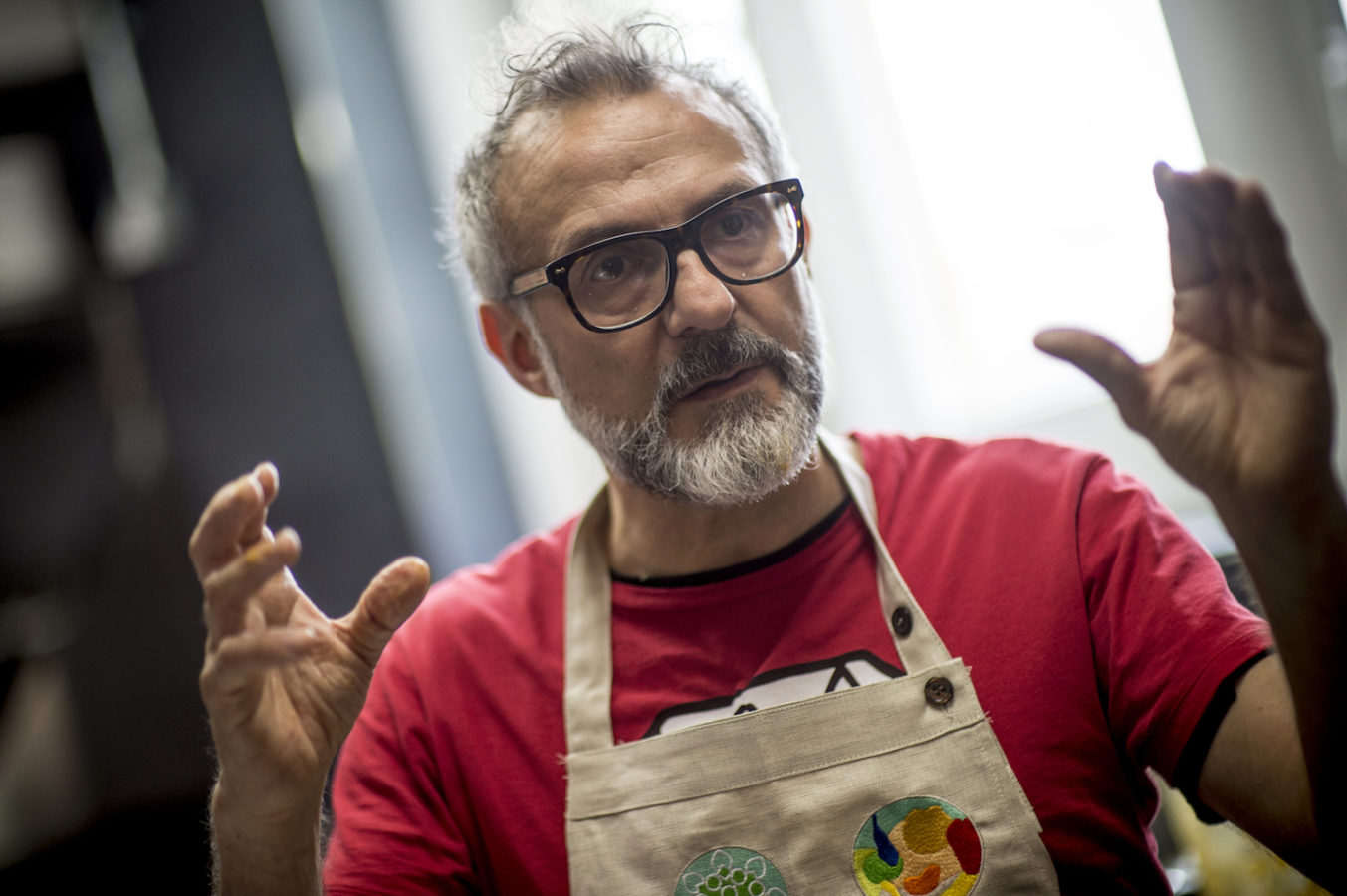 From Italy to LA and Tokyo, Michelin-starred Chef Massimo Bottura of the Osteria Francescana in Modena — which has been awarded twice the world’s #1 best restaurant — is now planning to plant his first American establishment in The City of Angels.

In collaboration with Gucci, the new address on a Los Angeles rooftop owned by the luxury brand will open to the public on 17 February. It was the venue for a pre-Oscars event on 8 February that attracted a galaxy of stars.

“Tortellini with Parmesan cream”, “risotto camouflaged as pizza made with tomatoes, basil and mozzarella”, “smoked chocolate ganache, miso caramel, chocolate sorbet, chocolate star-crisps and cocoa nibs”… These are just a few of the delights on the menu of the new Gucci Osteria. The restaurant, a collaboration between the luxury house and one of Italy’s most famous chefs, will soon open in Los Angeles.

“Osteria” recalls the name of Massimo Bottura’s three-star restaurant in Modena, which has been awarded the title of the world’s best restaurant on no less than two occasions. Along with this culinary pedigree, the new venue will offer a pleasant view over Beverly Hills from its premises on the rooftop of the Gucci store on Rodeo Drive.

This is not the first time that Bottura has collaborated with the luxury brand. Together they opened the first Gucci Osteria in Florence in 2018, and some of the dishes from that address will be making the journey to the United States. So too will be some of the delights from the chef’s flagship restaurant in Modena. However, Massimo has pledged that the new venture will offer “a journey of Italian flavours meeting the Los Angeles food map”, and that the LA kitchen will draw inspiration from the Californian city.

Moreover, this may be Massimo Bottura’s first American restaurant, but the new culinary adventure is by no means his first experience in the United States. As his portrait in the Netflix series “Chef’s Table” points out, the Italian is very attached to the city of New York, where he worked and met his wife Lara Gilmore.

The chef is also planning to open a “refettorio”, a socially-conscious nonprofit restaurant with a menu sourced from unsold food, in the Big Apple. The launch of this project, which already has outlets in Rio, Paris and London, is scheduled for September 2020.

Finally, Gucci Osteria will soon have a third address, this time in Ginza, the fashion neighbourhood of Tokyo.

Tokyo Dining Los Angeles Massimo Bottura
You might also like ...
Travel
First Look: Rosewood Yangon opens its grand doors in Myanmar
Food & Drink
Kad KoKoa: the story of how a Bangkok chocolatier brought Thai cocoa to the world
Food & Drink
Where to wine and dine in Bangkok this Valentine’s Day 2020
Travel
Los Angeles Travel Guide: What to do in the City of Angels
Staff Writer
Dining