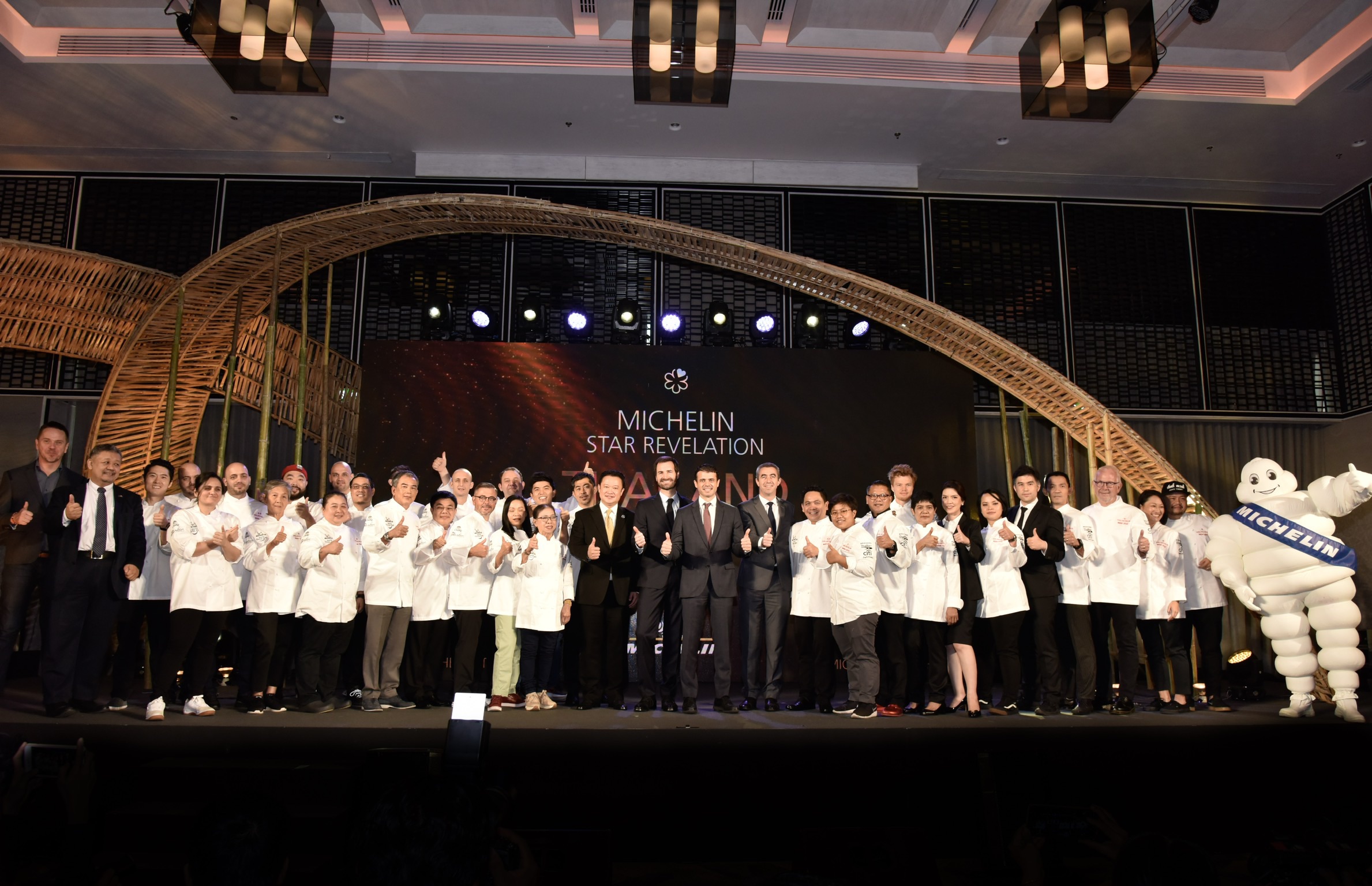 The winners of The Michelin Guide 2020 Bangkok, Chiang Mai, Phuket and Phang-Nga

Food & Drink
The winners of The Michelin Guide 2020 Bangkok, Chiang Mai, Phuket and Phang-Nga
Share this article
Next article

For some, 12 November may seem to be just another Tuesday at work. But for chefs, foodies, and restauranteurs, 12 November marks as an all-important date in the culinary world. It is the day of the official star revelation of the Michelin Guide 2020 Bangkok, Chiang Mai, Phuket & Phang-Nga, unveiling which restaurants in the country have retained or gained the prestigious star.

Following the great success of their first two editions, Michelin has excitedly announced its expansion to the ancient Lanna Kingdom of Chiang Mai this year, noting its fine organic produce and wealth of star-worthy restaurants here. These come in addition now to Bangkok, Phuket, and Phang-Nga, digging deep into the greatest restaurants and street-side eateries worthy of hype and praise in Thailand.

In a culinarily star-studded press conference hosted at the Bangkok Marriott Hotel The Surawongse, both Bib Gourmand and Michelin star lists were unveiled. For 2020, we’re seeing 27 new Bib Gourmand entries (making that 94 in total including those from previous years). As for Michelin stars, these were announced by Michelin Guide International Director Gwendal Poullennec.

Without any further ado, take a look at all the 29 winners this year below, and start making dinner reservations for tonight.

In partnership with the Tourism Authority of Thailand (TAT), Michelin will be presenting a guidebook devotedly entirely to Bangkok, Chiangmai, Phuket and Phang-Nga in their 2020 edition, showcasing the beauty of local Thai gastronomy, highlighting the regional cuisines of the Kingdom, and captivating local food trends beyond haute cuisine refinement. Another significant part of the guide is also the homage paid to street food haunts — an element that is deeply rooted in the heritage of Thai cuisine.

The MICHELIN Guide Bangkok, Chiang Mai, Phuket & Phang-Nga 2020 will be released at the end of 2019. Meanwhile, check out the Michelin Guide Thailand website for the full list of Bib Gourmand and Michelin Star of the year lists.

Dining fine dining Michelin Guide Michelin Guide 2020
Kankanit Wichiantanon
Writer, Bangkok
Kankanit is a writer by day and a baker by night. If there’s one thing you should know about her, it’s that she can wax poetic about food 24/7. Her daily routine is writing, cooking, eating, repeat. They are the things that inspire her from morning 'til night.
Dining Culture Home