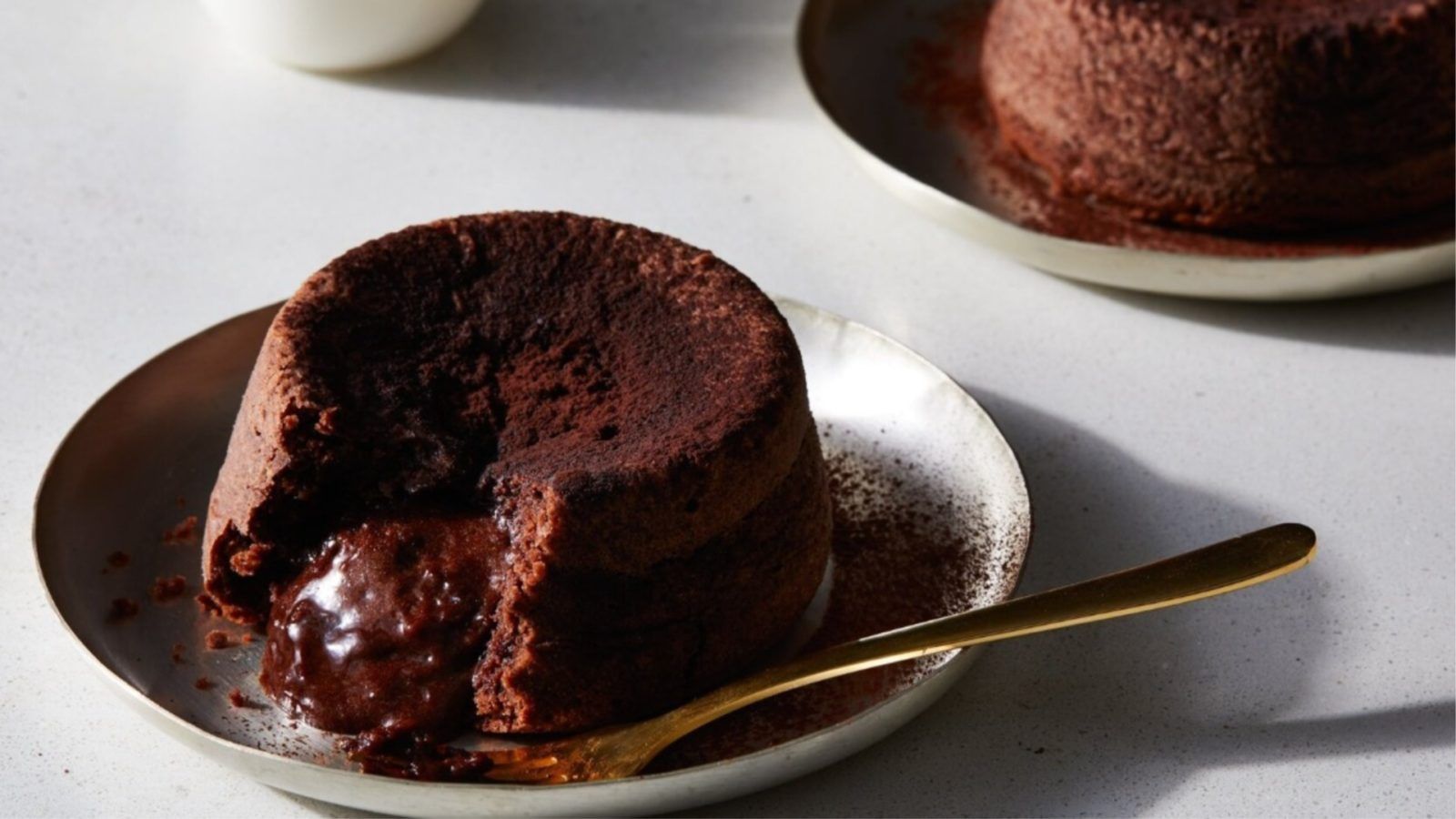 It might be that you, for reasons of birth year or opportunity, have never experienced this once-haute ’90s dessert and come to it unburdened by cultural baggage, as an empty vessel yet to be filled by its pleasures. Or, you may come laden with the sentiment at the core of Jon Favreau’s 2014 film Chef, where “chocolate lava cake” is presented as the avatar of outdated (“irrelevant” in the words of the film’s food critic, played by Oliver Platt, brother of real-life New York Magazine’s restaurant critic Adam Platt) white-tablecloth cuisine.

You may have encountered one too many middling renditions as molten chocolate cake remains ubiquitous at all manner of restaurants, grocery store freezers, and even Hershey’s Kisses, and Ding Dongs — the “Big Mac of desserts” as author Mark Bittman called it in 2013. Whatever the reason, it’s time for any barriers from its pleasures to melt away, and for you to make molten chocolate cake at home as soon as humanly possible.

The story of molten chocolate cake

My colleague Merlyn recently bemoaned having wasted her time and money on a random, non-successful recipe for molten chocolate cake (which abound online as “molten lava cake,” “chocolate lava cake,” “Valrhona chocolate cake,” “chocolate truffle cake,” and the like) rather than following the classic Jean-Georges Vongerichten recipe we’ve got right here on the ol’ Food & Wine website. It’s worth noting that that world-renowned chef Michel Bras is often credited as the originator of the form — a liquid chocolate centre surrounded by more firmly cooked cake — as a “coulant au chocolat” in 1981, but his method has a few fundamental differences from the JGV rendition that exploded all over New York City restaurants about six years later.

The notion that molten chocolate cake is merely underbaked is a huge point of contention for Chef‘s titular Carl Casper when the aforementioned critic asserts that he “didn’t even have the courage to undercook the cake,” because Bras achieved the dual consistency by encasing a frozen ganache cylinder in a biscuit dough. Vongerichten’s recipe, however, doesn’t so much underbake — which sounds more like a misstep than a method — as carefully control the cooking of a batter that’s made of tempered egg, sugar, salt, and flour, with melted bittersweet Valrhona chocolate whisked in. Slightly fussy, yes, but infinitely more home-cook-friendly than attempting to whip up a competent ganache straight out of the gate.

We don’t tend to get all that hyperbolic around these parts — 44 years in publication tend to jade you as to the supremacy of any particular method, chef, or dish — but Food & Wine declared Vongerichten’s recipe to be “perfect” when it ran in 1999, and that hasn’t diminished with age. With a little bit of practice, maybe by chilling the batter in individual ramekins and baking them one by one on your first batch, this dessert is almost magically easy to master. What’s more is that these cakes come together in under an hour, and once you achieve your comfort level, they’re infinitely adaptable to your tastes. Want some peanut butter in the mix? Pop a ball of it in the centre. Same goes with jam or preserves, marshmallow, caramel, cheese (don’t hate until you’ve tried it), or any other melt-to-goo substance you can dream up. You can even add warm spices, hot sauce, instant coffee crystals, candy, or whatever else your heart desires to the mix. Serve it with ice cream or sauce. Experiment until your senses erupt with delight, critics and snobs be damned. Molten chocolate lava cake (or whatever you care to call it) is a pleasure that transcends the decades. And yeah, this is a hill I’m willing to die on.

Get The Recipe - Molten Chocolate Cake

Recipes Chocolate Dining Desserts
You might also like ...
Food & Drink
The 5 best hot chocolate recipes to get cosy with tonight
Food & Drink
6 K-pop idol recipes to recreate at home
Food & Drink
8 vegan recipes to replicate your favourite dishes
Food & Drink
11 easy Japanese snack recipes to tickle your taste buds
Kat Kinsman
Recipes
Sign up for our newsletters to have the latest stories delivered straight to your inbox every week.