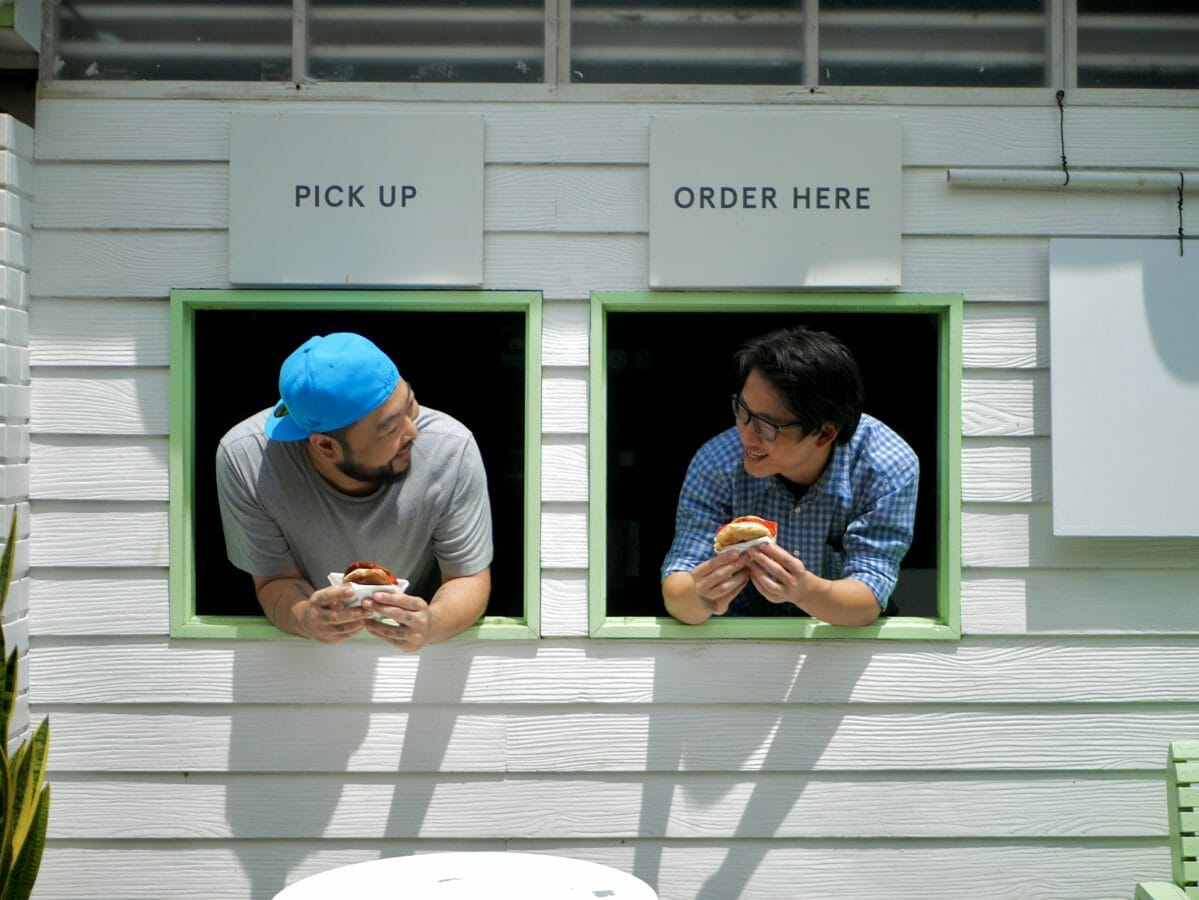 Artisanal Thai jam makers Wild Nature Artisan, Bangkok bagel entrepreneurs VOLKS, and Thai chef Andy Yang team up for a limited edition #NYBKKBagel, an original jam-filled and fun-filled bagel that takes inspiration from New York and Bangkok. Here’s what you need to know — and why you need to order. 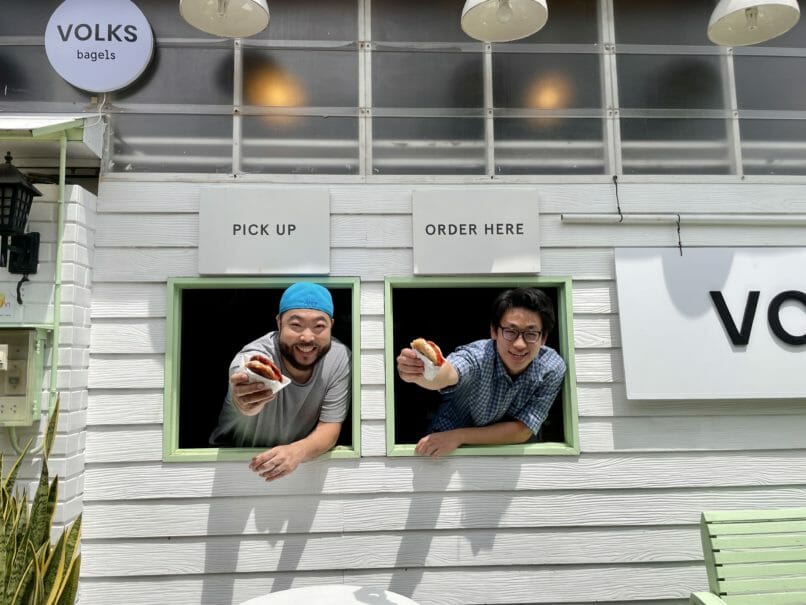 The #NYBKKBagel is the creation of three Thai foodies, each bringing something special to the table (or the bagel).

With seven branches around the country, the celebrated bagel shop VOLKS is a go-to breakfast spot for many Bangkokians, and has recently opened a branch in Chiang Mai, too.

Last but not least, Chef Andy Yang began his cooking career in the late 1990s when he was in his teens. He then moved to the Big Apple and has claimed the city as his home for the past decade or so. The chef gained international recognition in New York City and is now an acclaimed Thai chef.

Together, Wild Nature Artisan, VOLKS, and Chef Andy Yang have curated a recipe and brought together ingredients that pull from both their home turf in Thailand, and the haven for bagels in New York. 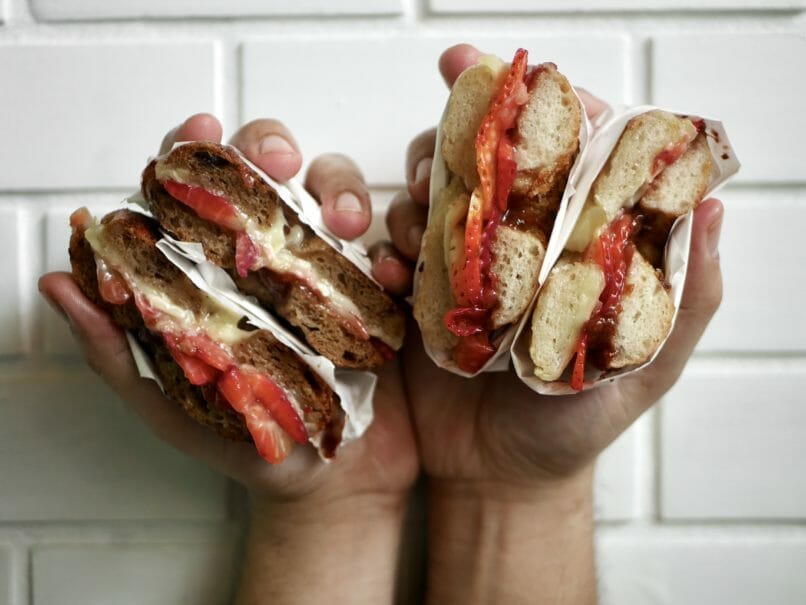 What’s in the bagel? The #NYBKKBagel is filled with a slathering of the ‘Sairoong Jam’ by Wild Nature Artisan, topped with toasted Swiss Gruyere cheese, and garnished with slices of fresh US strawberries. As for the bagel itself, customers can choose from the 12 options offered by VOLKS.

“The NYBKK Bagel represents a vast variety of flavours, an eclecticism that represents NYC and BKK, which are among the most gastronomically rich and exciting cities in the world,” says Chef Andy Yang. 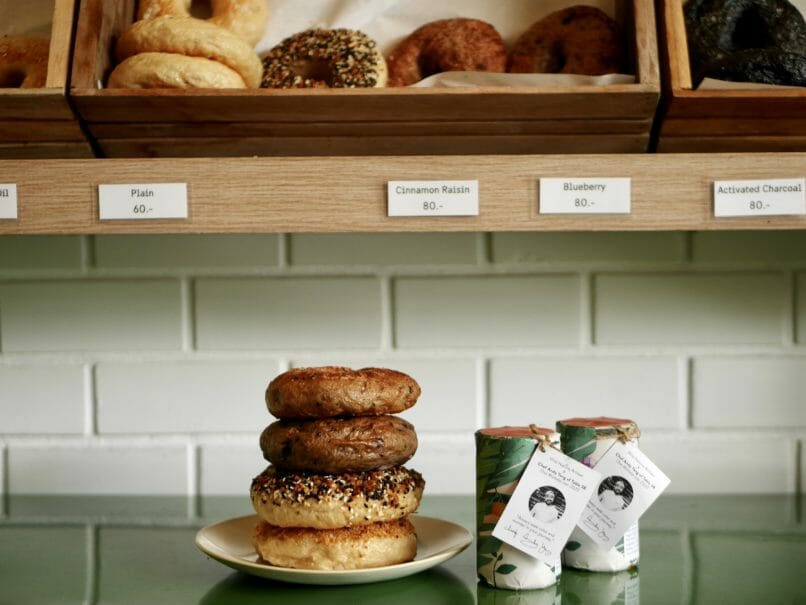 Beyond a delicious breakfast spread, the #NYBKKBagel is also part of the #BagelItForward campaign, where the public can contribute to the Kao Kin Kan by Food For Fighters cause.

To participate, buyers have to order a #NYBKKBagel, take a picture of the bagel and post it on Instagram, add the hashtags #BagelItForward and #NYBKKBagel, and tag @volks.dst and @wildnatureartisan. After all the steps are completed, THB 9 will be donated to the charity organisation which cooks meals for Covid-19 affected patients.

Available for a limited time from 29 September to 7 October, the #NYBKK Bagel is now available for pre-order and is priced at THB 290 per bagel sandwich. Order via Facebook, Instagram, or Line: @volks.dst. Also available on GrabFood, Lineman, Robinhood.

Food Bagels BKK Bagel Bakery Wild Nature Artisan volks
You might also like ...
Food & Drink
7 bagel toppings you should try this weekend
Food & Drink
The Bangkok bagel you should order, according to your zodiac sign
Food & Drink
The 7 best places to find really decent bagels in Bangkok
Food & Drink
9 best vegan desserts to order in Bangkok
Natasha Sethi
An animal-loving activist with a fervor for writing, designing, and anything creative. Natasha's hobbies include obsessing over golden retrievers & ocean swimming.