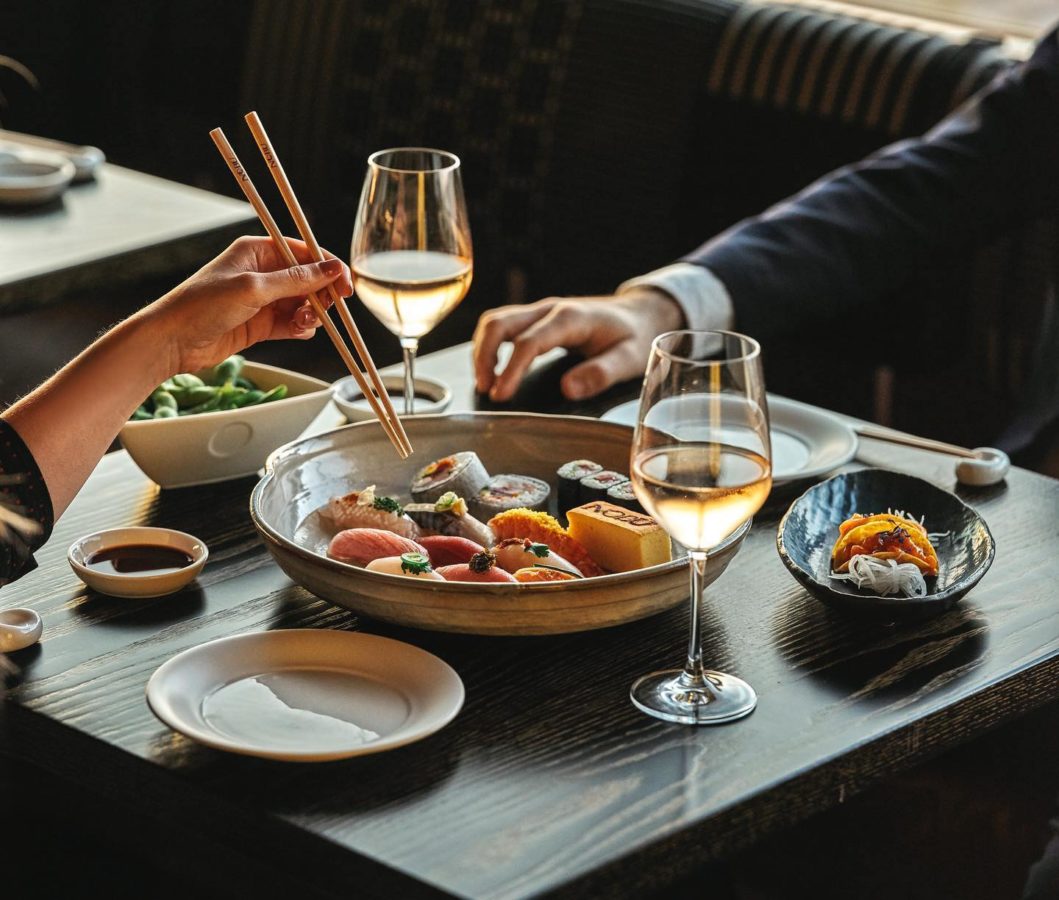 Nobu Bangkok: everything we know about the brand’s first Thai outpost

Food & Drink
Nobu Bangkok: everything we know about the brand’s first Thai outpost
Share this article
Next article

Global lifestyle brand Nobu is finally coming to Thailand, with several projects planned across the country, including a first outpost within Bangkok’s Empire Tower. Here’s the low-down. Prep your Instagram.

In talks with the luxury lifestyle brand founded by Nobu Matsuhisa, Robert De Niro, and Meir Teper, Asset World Corporation (AWC) has announced a partnership with Nobu Hospitality, bringing the world-renowned touch of Nobu to Thailand.

It was about time.

Whilst you probably know it from the social media posts by any A-list celebrity in Los Angeles, the Nobu brand is about a lot more than just a snazzy clientele. Its name has become synonymous with a minimalist design, calming energy, and quality fine-dining. At its core lies the philosophy of Kokoro, which comes from the Japanese for “heart.”

Speaking on the partnership, Chief Executive Officer and President of AWC Wallapa Traisorat states, “it will uplift the spirit of Thailand’s capital city, Bangkok, with the uniqueness of Nobu furthering the city as a world class food and beverage destination.” It will also add to AWC’s ever-growing and ever-impressive portfolio of real estate in Thailand, and furthermore mark itself as a key player in the country’s hospitality industry.

The first Nobu restaurant in Bangkok

Together, the two giants plan to open multiple Nobu Hotels and restaurants across Thailand, including the first ever Nobu restaurant here in the heart of Bangkok at Sathorn’s Empire Tower.

Currently, the building at the intersection between North/South Sathorn road and Narathiwas Rajanagarindra Road hosts a selection of restaurants, shops, and offices. Nobu Bangkok will be its first fine-dining destination at its top. It is expected to open around the end of 2021 — just in time to book a prime spot for the New Year’s countdown.

Travel Dining NOBU Sathorn Hotels & Resorts AWC
You might also like ...
Food & Drink
6 Bangkok omakase restaurants that deliver
Travel
First Look: The Aman Nai Lert Bangkok
Living
Good Life Gurus: Bill Bensley, world-renowned hotel designer extraordinaire
Living
Q&A: André Fu, the world-renowned architect behind the Waldorf Astoria Bangkok
Lisa Gries
Creative Content Director, Bangkok
Lisa loves to travel, and is always on the lookout for the world’s best nap spots. She’s a serious Asian art history nerd, and has a knack for languages and coffee table books. She hopes to publish her own novels one day, one of which will likely be called ‘All The Great Conversations I Had In A Bangkok Speakeasy.’ It’s a work in progress.
Travel Drinks Dining Watches

Chef Pam’s take on omakase: out with the fish, in with the beef

Where to find the best quesadillas in Bangkok