One-pot wonder recipes for a fuss-free lunch, dinner, and even dessert

Food & Drink
One-pot wonder recipes for a fuss-free lunch, dinner, and even dessert
Share this article
Next article

Not everyone is jazzed on the idea of busying in the kitchen and taking over an hour whipping up a meal from scratch.

So if you’re one of these people, there’s absolutely no need to label yourself as lazy. These one-pot meals will show you how you, too, can fix up a gourmet meal from the ground up without a need to chain yourself to the kitchen. Even better, for some of the meals you can just dump everything in the trusty rice cooker, forget about it, and just wait for the beep. Voila — dinner is served. 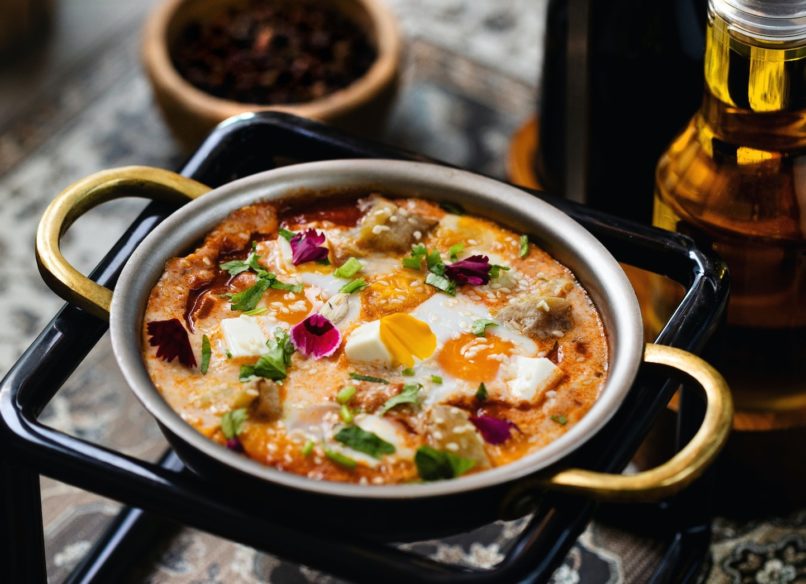 Our list of one-pot wonders are a breeze to cook — and guess what? They are as simple as they are nutrient-packed and deliciously restorative. It’s a win-win situation for both the cooks and the eaters.

It’s safe to say that our primary goal for this article is to have you realise that the ordinary rice cooker you have lying around in the house is everything but ordinary. It is, in fact, a lifesaver, especially at this time where home cooking is everyone’s main hobby slash joy slash chore. Erwan Heussaff is here to reveal his rice cooker hacks that will make your life in the kitchen simpler and more delicious.

If you are not in the know already, Alison Roman, the cookbook author of Dining In and Nothing Fancy, is a trendsetter behind the internet-famous social media hashtag #thestew and arguably the number one cooking host for the New York Times Cooking channel (NYT Cooking). This video will walk you through how she perfects “the stew” and makes a perfect meal out of pantry staples like canned chickpeas, coconut milk, and humble greens.

Who doesn’t love pasta? Not us. And that’s why this video absolutely entices us through both its drool-inducing pasta recipes and how easy it is to cook them up.

Yes, your leftovers and yesterday’s takeout sitting around in the fridge can be made into another day’s scrumptious meal. Chef Deuki Hong will show you how Korean folks reimagine what is otherwise humdrum remains of meals into a pot of marvel. Those who are familiar with Korean series are probably familiar with this way of eating since the meal stands as comfort fare to a cute mental breakdown – breakup, bad days, and suchlike.

A quick vegan meal doesn’t mean salad and salad only; these succulent one-pot vegan dinners are surprisingly easy. And you won’t miss out on any high-comfort flavours and umami.

Chocolate Cake Made on a Stovetop

No oven? No fret. This ultra-decadent chocolate cake is cooked on a stovetop and they are just as fluffy and moist as the ones baked in a flaming-hot oven.

What did we tell you? The rice cooker is a real kitchen’s rescuer. And here’s another recipe for no-oven dessert to prove our statement. Simply whip the batter up and throw it in the rice cooker until the cake gets golden-brown colour on the top and you’ve got yourself a tasty, spongy cake for a post-savoury meal.

Recipe Cooking One-pot meal one pot wonders one pot dinner
You might also like ...
Food & Drink
6 cookbooks that make dining a true party at home
Food & Drink
10 classic 3-ingredient cocktails you can shake up at home
Food & Drink
Healthy snack ideas you can easily make blindfolded
Living
Our Good Life Guide to Staying In
Kankanit Wichiantanon
Writer, Bangkok
Kankanit is a writer by day and a baker by night. If there’s one thing you should know about her, it’s that she can wax poetic about food 24/7. Her daily routine is writing, cooking, eating, repeat. They are the things that inspire her from morning 'til night.
Dining Culture Home

Diary of Deliveries: 7 things we sent each other this week