Home > Food & Drink > Dining > Pitchayatep’s Cheat Day: Pitch tells us where to go and what to indulge in

Pitchayatep’s Cheat Day: Pitch tells us where to go and what to indulge in

Food & Drink
Pitchayatep’s Cheat Day: Pitch tells us where to go and what to indulge in
Share this article
Next article

When it comes to eating out, Pitchayatep “Pitch” Yuktasevi is no stranger to the foodie scene.

… In fact, we’d go so far as to say he’s somewhat of a guru. Having lived in both the U.K and Thailand, the seasoned foodie has a keen palate for great eats, loves a good Sunday roast, and swears by fish and chips on a Friday.

A fourth-generation member of the Mali Group’s founding family, Pitch spent most of his youth in renowned boarding schools across the U.K, where he developed a fond love for British comfort food. Now that he’s back in Bangkok, the new-gen businessman has been big on exploring what the local wine and dine scene has to offer. “I eat what I want, really,” he tells us with a congenial laugh, ever the firm believer of treating yourself, “good food can really put you in a good mood.” He does admit though, to reining back every now and then, on the counsel of his doctor.

“It’s an after-effect, though, isn’t it,” he jokes, “I eat what I want, so sometimes I have to take a break and eat your odd healthy fish dish.” In times like this, the long-time Londoner often entertains himself with a bout of home-cooking. “I would eat, say, halibut. Put that into the oven with some garnishing, or sometimes pan-fried, with a sprinkle of pesto or olive oil. I use a lot of makeshift spices — all confidential, of course.”

We recently had a chat with Pitch on what his top picks are on a cheat day. From his favourite omakase joint to his secret pancake recipe, we get a glimpse of Pitch’s personal guide to dining. Read on for a list of guilty-pleasure dishes he likes to indulge in, on a cheat day in Bangkok.

Where to eat: Hibiki Omakase and Bar

“This is a place I really like to go to. It’s quite contemporary, really, and I like the atmosphere. The furnishings, the food, and just the overall vibe they have formed is really good. It offers a modern touch to Japanese cuisine, which you won’t usually find in your traditional omakase setting.”

Nestled amidst the relentlessly buzzy neighbourhood of Ekkamai, Hibiki serves up an innovative and modish twist on the “leave it up to you” trend taking Bangkok by storm. With snazzy interiors that blend classic Japanese styling with contemporary elements — think dark wooden finishing and sleek details —  the upscale restaurant draws a steady crowd of discerning gourmands in search of something that falls inventively outside the typical omakase experience. Food-wise, the menu consists of the finest, freshly imported ingredients, and changes according to the seasons. The venue is also very much a drinking den, with a menu of experimental cocktails that make delightful additions to the meal. While omakase is all about novelty, certain dishes ring with particular fondness for Pitch, who happily recalls a particular dish he’d enjoyed from their earlier tasting menus. “Towards the end of the meal, I once had a Bluefin Tuna porridge, which I thought was really interesting,” he jokingly recalls, “It kind of reminded me of a good night out somehow; the kind of dish I would really need after a night of drinking.”

Where to eat: Kai New Zealand

On days he misses his Sunday roasts, Pitch heads straight for Kai.

“I’m still trying to find the perfect place for Sunday roast, and while Kai isn’t a British restaurant, I love how they do it here; it’s good. They serve dishes from New Zealand, and that’s about as close as you get, culturally-speaking, right? It’s just something I’ve been trying to find here in Thailand — a bit of comfort food from back in the day — and I think Kai has delivered a Sunday roast that would hold its own to the ones back in England.”

Whether you’re a regular or have driven past the bustling venue on Sathorn soi 12, Kai’s airy terrace is pretty much unmissable. With well-polished interiors and tantalisingly vibey outdoor seats for the avid al fresco diner, Kai is the kind of venue that started off buzzy and continued to maintain its trendy rep through great ambience and classic comfort food. True to form, the menu is great cheat-day material, with absolutely fantastic guilty-pleasure dishes that range from slow-cooked lamb shank to an impressive range of prime, aged beef options, and of course, your customary fish and chips. For Pitch, a large part of the appeal here is a taste of home from his U.K days, and the overall atmosphere. “It’s got a great modern touch, and I really love the overall experience. And besides, how often do you have New Zealand establishments here in Thailand, right?”

Where to eat: El Mercado

Whether it’s travelling, playing sports, or eating out in general, Pitch loves a good time. When it comes to casual drinks or catching up with friends, he’s recently been frequenting the boisterous and breezy outdoor courtyard at El Mercado.

He credits his cousin Anjida “Film” Karnasuta for the recommendation.

“She introduced me to the place, and it’s a great spot to sit and chill with a bunch of friends. The ambience there is really laid-back, and I go there a lot with the rest of the Mali new-gen crew.”

Drop by the deli/bistro on any odd evening, and you’ll find it jam-packed with Bangkok’s modish, style-savvy diners, who flock to the airy terrace for great wine (not to mention the city’s best selection of imported cheeses and cold cuts). The selection of specials is constantly revolving, though there are certain staples you mustn’t miss out on — cue fine de claire oysters, the succulent striploin, and of course, the rich, decadent chocolate tart.

What to eat: Buttermilk Pancakes

During his time in England, Pitch developed a bit of a penchant for cooking at home. Among his culinary adventures, he shares a fond preference for buttery pancakes; with, of course, a touch of Mali condensed milk.

“Living in England offers a good opportunity to cook for yourself sometimes, and there are days when I would cook this buttermilk pancake. I would add in bacon and maple syrup. True to my dairy background, I would add some condensed milk here and there as well — it has to be Mali, though, obviously.”

For fellow pancake lovers, Pitch recommends a hearty topping of condensed milk, complemented with blueberries, or a fruity ice cream.

What to eat: Mali x Ovaltine… on Kakigori 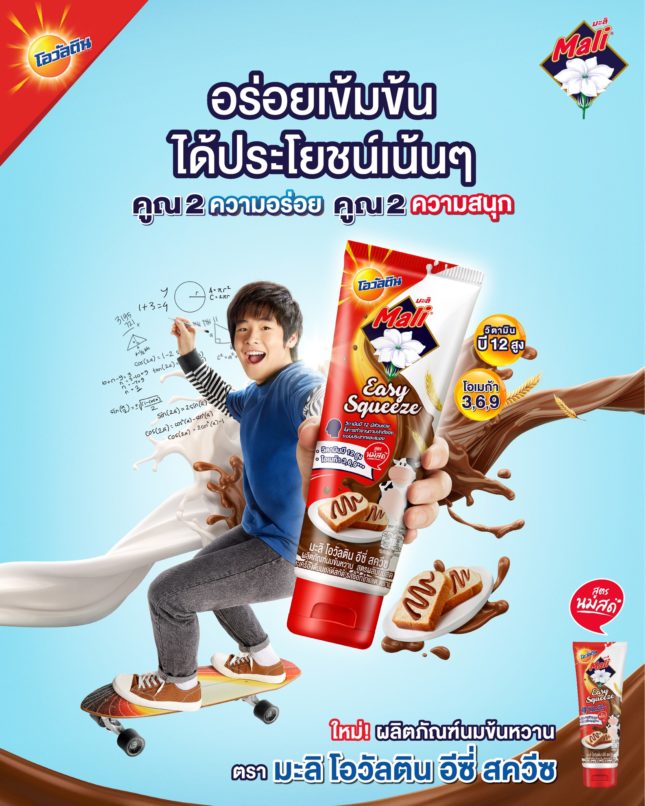 Speaking of Mali, Pitch is also pretty excited to experiment with their latest product line, the Mali x Ovaltine line. Having played a role in its development, he stands by the taste and believes it could be a great addition to shaved ice desserts.

“I’ve been part of the trial and error development process, and I think someone else or I, will most definitely find a way to put it on a kakigori. Think of the one at After You, for example. I think it would really make the perfect touch. It’s just the right amount of sweet, and tastes really good.”

Dining Food & Drink LSA Digital Cover LSA Digital Issue
Lifestyle Asia
Here's where you can read the latest news and stories from Lifestyle Asia and our sister titles PrestigeOnline and Augustman, curated from all of our editions in Hong Kong, Singapore, Kuala Lumpur, Bangkok and India.
Luxury