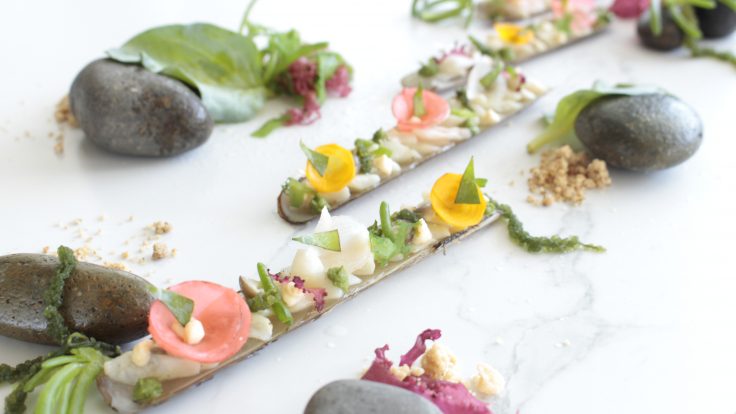 Review: The art of French flavours at J’AIME by Jean-Michel Lorain

Food & Drink
Review: The art of French flavours at J’AIME by Jean-Michel Lorain
Share this article
Next article 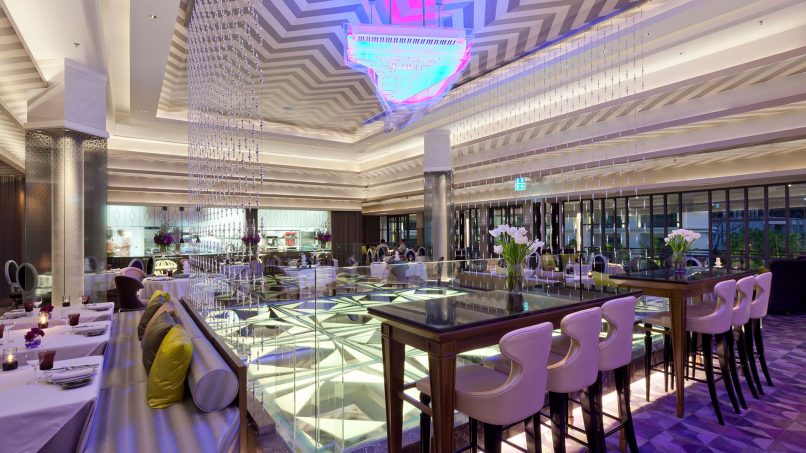 In celebrating the third year anniversary of J’AIME by Jean-Michel Lorain, the French restaurant is offering a special tasting menu from now until 4 December. The indulgent six- or nine-course tasting menu (THB 3,300 and THB 5,700 per person) features fresh takes on traditional French classics. And to complete the experience, you’re more than welcomed to pair the exquisite dishes with luscious wines.

Housed in the luxury boutique hotel U Sathorn, J’AIME by Jean-Michel Lorain is a softly lit restaurant with an envious collection of decorative silvery droplets hanging from the ceiling. Recently revamped, J’AIME added a new lounge area where you can enjoy a series of aperitifs before your meal. While the upside-down piano-shaped ceiling lamp still remains, the restaurant has now introduced two-seater couches by the vast windows, inviting you to get comfortable for an intimate gathering. Each of the tables are also carefully positioned, allowing you to savour the evening without being disturbed by your neighbours.

Helmed by head chef Amerigo Sesti, J’AIME by Jean-Michel Lorain serves up creative, modern French fare with one of the best wine lists in the city. This month, the menu features signature à la carte dishes, as well as with the two limited-time offerings: farmed pork à la royale and mont blanc.

The meal begins with a modern take on the classic caramelised onion soup. Flavoured with daikon, the peppery and hearty soup was a comforting treat. Unlike traditional French onion soup with melted cheese, they served Gruyère in a golden-crisp tuile which gave the dish an appealing and appetising three-dimensional element. 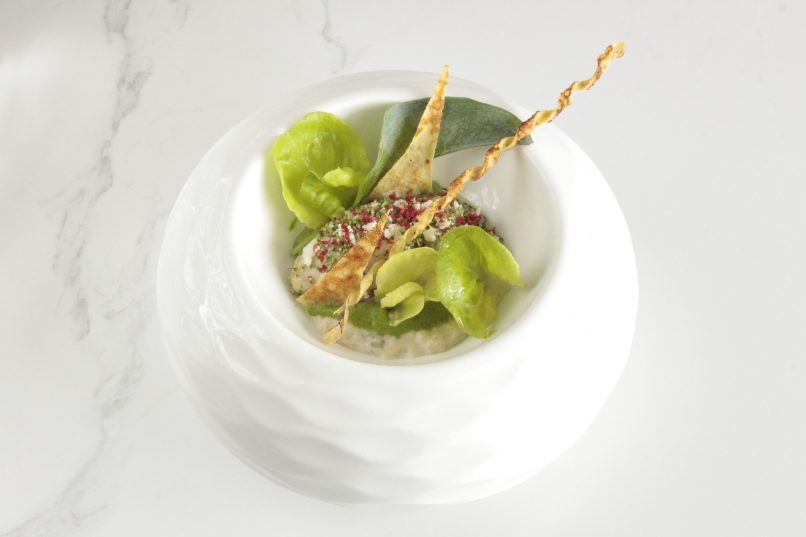 I would never think of pairing warm oysters with lettuce purée and crêpes, but chef Amerigo offers a regal presentation of the exquisite Gillardeau oysters bathed in a  fragrant vegetal cream and rye porridge. The combination was surprising, as well as satisfying. The earthiness of the rye complemented the natural brininess of the oyster beautifully.

Pan-seared crisp to a nice light brown, the veal sweetbread was rich without being at all cloying. The delicate flavour of the sweetbread harmonises intriguingly with the slight bitter lent by the broccoli declination, which made a wonderful palatal counterpoint. The dish was the perfect example of how sweetbreads should be properly prepared — done right, sweetbreads are a delightful delicacy, much milder than most offal and creamy in texture. 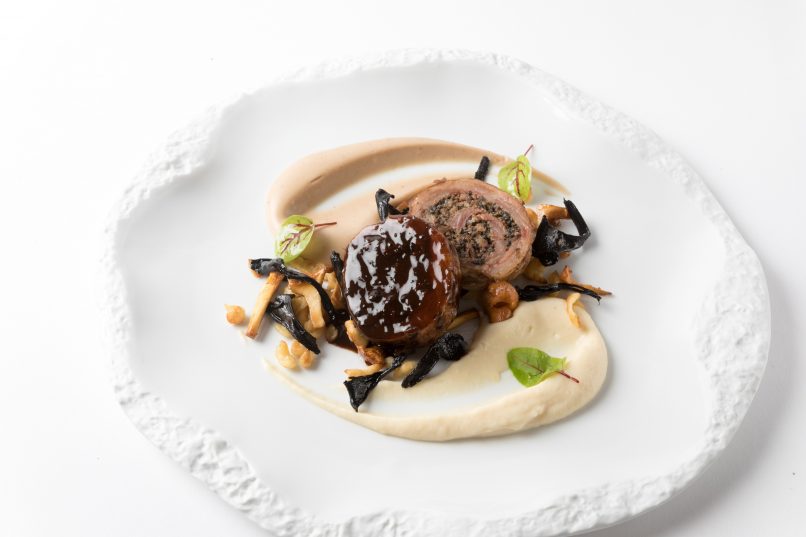 A new interpretation of lièvre à la royale, in which chef Amerigo swaps wild hare for farmed pork, this fall-inspired dish was the rich centrepiece of the meal. The iconic haute cuisine dish involves slow-cooking pork in red wine, revealing its juicy succulence. Stuffed with foie gras and a touch of dark chocolate, the farmed pork à la royale was an elaborate affair. 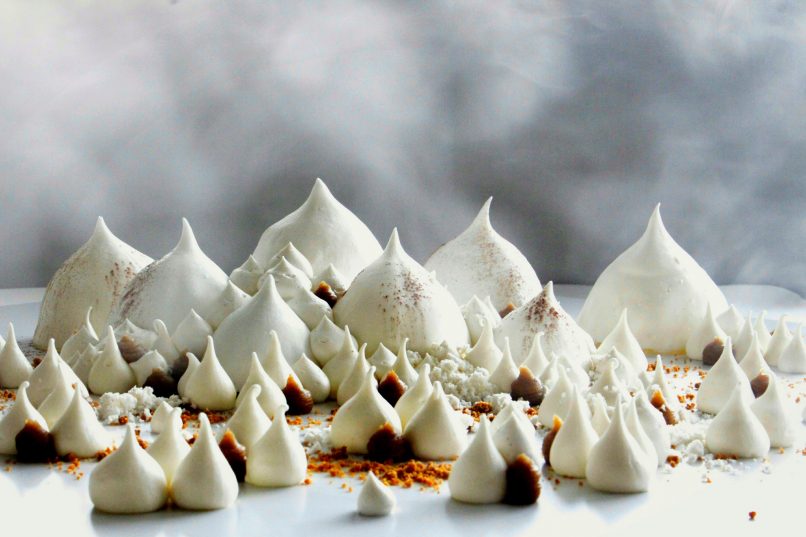 At J’AIME by Jean-Michel Lorain, the classic French dessert mont blanc looks stunningly deceptive with a meringue shells hiding the chestnut purée and ice cream. The delicate meringue was not only an interactive feature but also a fun textural element to the creamy dessert. 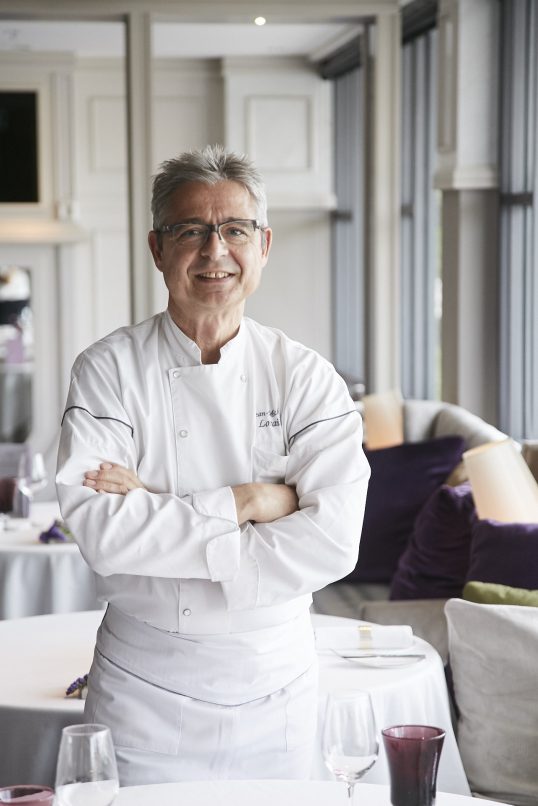 J’AIME by Jean-Michel Lorain is a great example of how French haute cuisine revolution turned feasts into a simpler and more sophisticated way of cooking. Although J’AIME provides top-notch quality and nouvelle French flavours, the pricing point remains surprisingly affordable in comparison to other Michelin-star candidates in the dining scene. If you’re looking into trying out restaurants with a Michelin pedigree, look no further. J’AIME by Jean-Michel Lorain breaks up the monotony of fine dining by embracing intriguing flavour combinations to entice your taste buds.