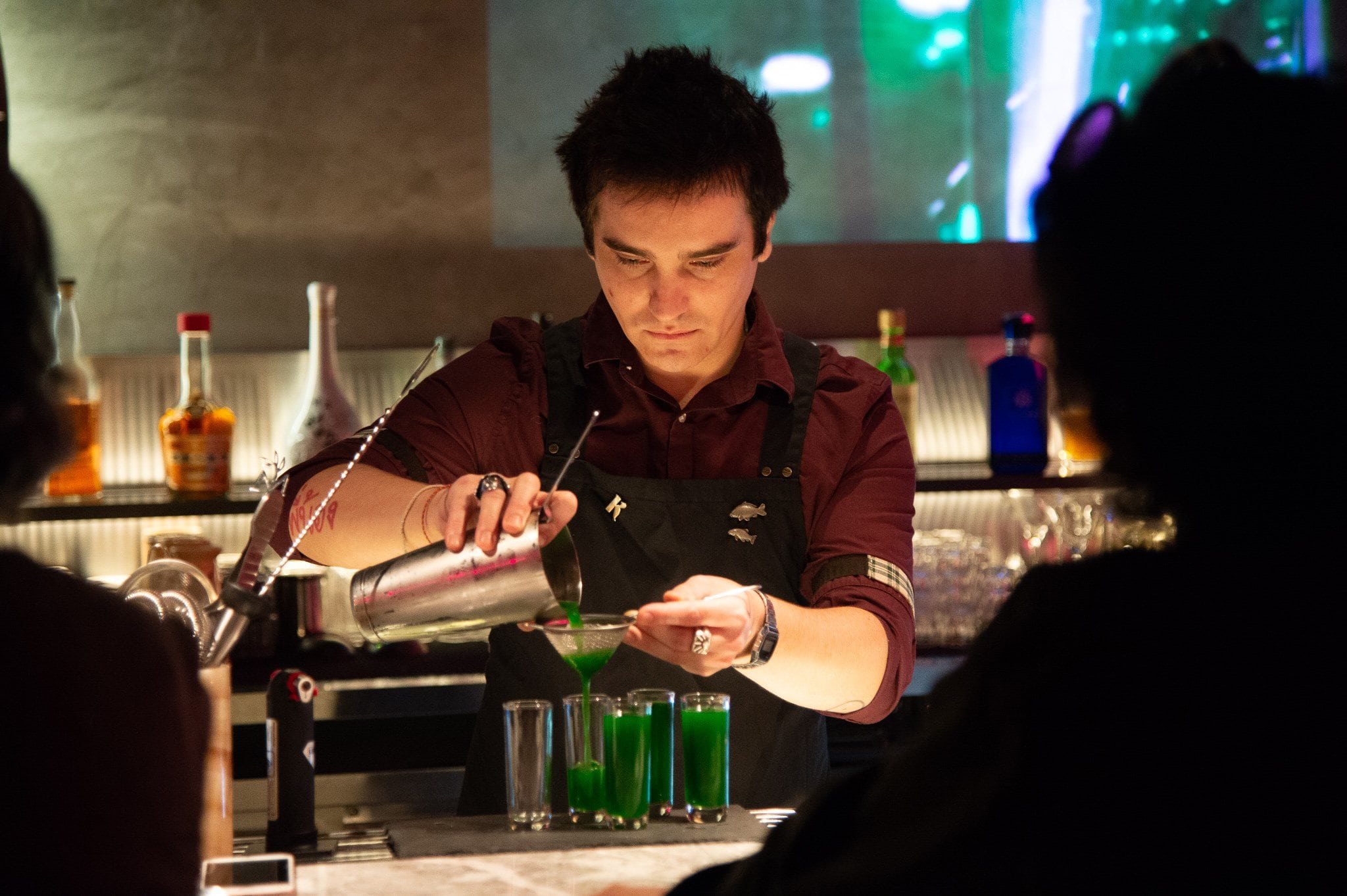 Must-tries at SUL: a gastro bar in praise of Korean fusion flavours

Food & Drink
Must-tries at SUL: a gastro bar in praise of Korean fusion flavours
Share this article
Next article

Korean-inspired food and beverages are the absolute stars of the Thonglor’s new gastro bar, SUL. The Industrial-chic slash modern and rustic haunt boasts the vibe of that of a speakeasy, striking to give that intimate nightlife feel to Bangkok diners who are constantly in search for new flavours and a stellar bar experience.

As modern as its setting, the food and drink served here are a harmonious play between Korean and global cuisine, portraying the Asian roots of its creators – young entrepreneurs who lived overseas.

Translated as alcohol in Korean, the name here also suggests its passionate focus on Korean spirits like soju; the venue offers a wide array of the rice liquor, spanning various flavours from original to plum, peach and apple.

And although gastro bars are nothing new to the city, this Korean flavour-spiked spot will spice up your nightlife, just like how salt flavours kimchi. We got a chance to check out the space and tried some of the best dishes SUL has to offer. Here’s a list of must-tries you need to order.

Yes, Korean fried chicken is, undeniably, a thing here in Thailand. But let’s take a break from the humdrum slash big-chained haunt, Bon Chon, to gorge on some new takes on fried chicken at SUL. They have got many cool flavours, for example, Original, Sticky Spicy and Honey Butter. Opt for the Creamy, where the little battered nuggets of fried-to-perfection chicken get coated in this lusciously creamy sauce made from hard-boiled eggs that have been blended and seasoned until it becomes a toothsome, thick paste. Oozing into the meat, the sauce makes the chicken juicier as well as adds more flavour that only complements the salty grated egg yolk on top.

Kimchi Fried Rice here gets an extra lift from sea elements like seafood and shredded seaweed. Every grain of plump, grainy rice is soaked up with kimchi juice so expect no typical, bland, fried-rice flavour from this dish. The rice also packs a subtle kick and the seafood also adds an extra chewy texture and briny flavour, making this dish the perfect filling main that will hit all the right spots.

Essence of the Sea is a seafood-enriched pasta dish served atop a bowl that fumes out smoke, depicting the spirited essence of that of the sea simply like its name suggests. Consisting of capellini pasta, fish roe and thinly-sliced squid dressed in seaweed and truffle oil sauce, the thin noodle absolutely lets the earthy yet briny dressing shine while giving the dish that carb-loaded satisfaction we all need.

Wrapped in the milky, butter-laden bun, the juicy Italian sausage carries these hearty and herby flavours that will only be intensified even more later by condiments like truffle mayo, sweet pear sauce and a shower of bacon bits. SUL’s version of the hot dog in a bun is basically a bomb of deliciousness in your hand. Served with a brown bag containing garlic and fries, the dish simply can’t get any more satisfying than this.

Yes the rice cake, tteok, absolutely tastes gorgeous in Korean hot pepper paste. What you might not be aware of actually is that the chewy rice cake also tastes fabulous when it’s turned into a dessert. Cut into small pieces, chunks of tteoks then get cooked in vanilla-spiked coffee until every bit soaks up that dark, musky flavour. Acting like spongy ladyfingers in Italian tiramisu, the tteok filling then gets covered in a blanket of mascarpone cream, coffee ice cream and house-made vanilla biscuit, which means in every spoonful, you’ll get to taste layers of different textures that will sure delight your senses.