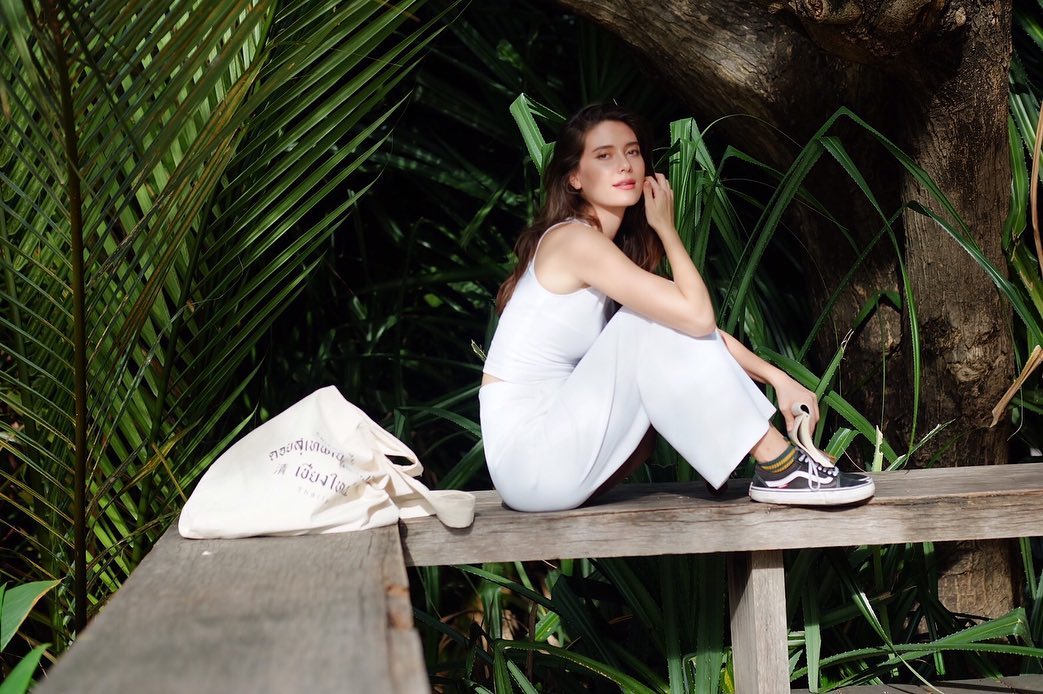 Global plant-based influencers are good to follow, but sometimes it can be a little tricky to adapt their lifestyle choices onto a local scene. After all, what if you were craving a vegan som tum, Oatly Milk isn’t available in Bangkok supermarkets, or you’re just not a big avocado person?

As more people join the plant-based bandwagon, we’re seeking inspiration on social media on how and why it’s such a big movement. Whether you’re already fully vegan, dabbling in its concept, or just a curious carnivore, these 8 personalities really make a good case for eating more greens.

Likely the most famous plant-based influencers in Bangkok, Root the Future is well-known and beloved amongst the vegan community. Together, power duo Max and Jo share not only their tips for plant-based dining in Thailand (we love their round-ups and product recommendations especially), but also share a bigger ethos around environmental conservation. In three words, they focus on “planet, health, and the animals.”

Focusing on Bangkok specifically, Helena of Plant Based Bangkok entertains her audience with clever plant-based recipe ideas and items to order from restaurants. We like her WFH vegan food content especially, as well as her occasional dabbles into vegan and cruelty-free skincare reviews. She describes her Instagram as a space for her “favourite plant-based wholesome places and products in Bangkok.”

Did you know that this former Miss Universe Thailand was plant-based? The self-proclaimed earth child prides herself in consuming a plant-based diet, and whilst her profile does not highlight her plant-based journey specifically, she does often give a nod to the community by promoting this kind of lifestyle, noting its benefits in her own life.

Are you noticing a trend here? Richie Kul too is an actor and a model, but also an activist for the rights of animals. He has been vegan for a long time now, highlighting the benefits to body and mind of this kind of diet. He’s shared this philosophy with his dog, Lily, too — but more on that later.

Fay Lee may be a familiar face to you if you often shop from Plantiful, one of Bangkok’s most beloved vegan and health food restaurants. Whilst she is an Ashtanga yoga teacher and her Instagram follows a lot of her yoga journey, Fay Lee often also shares what she’s enjoying for lunch. We like the balance between her yoga practice and her mindful eating, featuring a lot of fun vegan dishes from guilt-free tacos to cookies, too.

Granted, Benz is ‘only’ a part-time vegan, but we’re including her 38,000-follower-strong influence nevertheless. Showcasing her workout routine and her healthy lifestyle, the wellness influencer shares her plant-based meals and recipes on Instagram through a variety of beloved Thai dishes. Be it a veggie stir fry or some spicy noodles, it’s great Asian plant-based cooking inspiration.

Sometimes you’re reluctant to try out a new vegan place in town. Sometimes you just want someone to try it out for you and give you the 411. BKK Vegan Guide aims to do exactly that, provided plant-based food reviews for various vegan spots and products across town. We particularly enjoy the supermarket guides, trying and testing a lot of new vegan items once they hit the shelves.

Arguably the most adorable plant-based influencer on our list, this four-legged vegan is a force to be reckoned with. Together with her owner, Richie Kul, Lily preaches a plant-based lifestyle as a vegan activist through a series of sweet posts on her Instagram. Whether it’s hunting down jay food during the Vegetarian Festival in China Town or hunting down the best vegan dog food, Lily is on it. If dogs can do it, why can’t you too follow a plant-based diet?