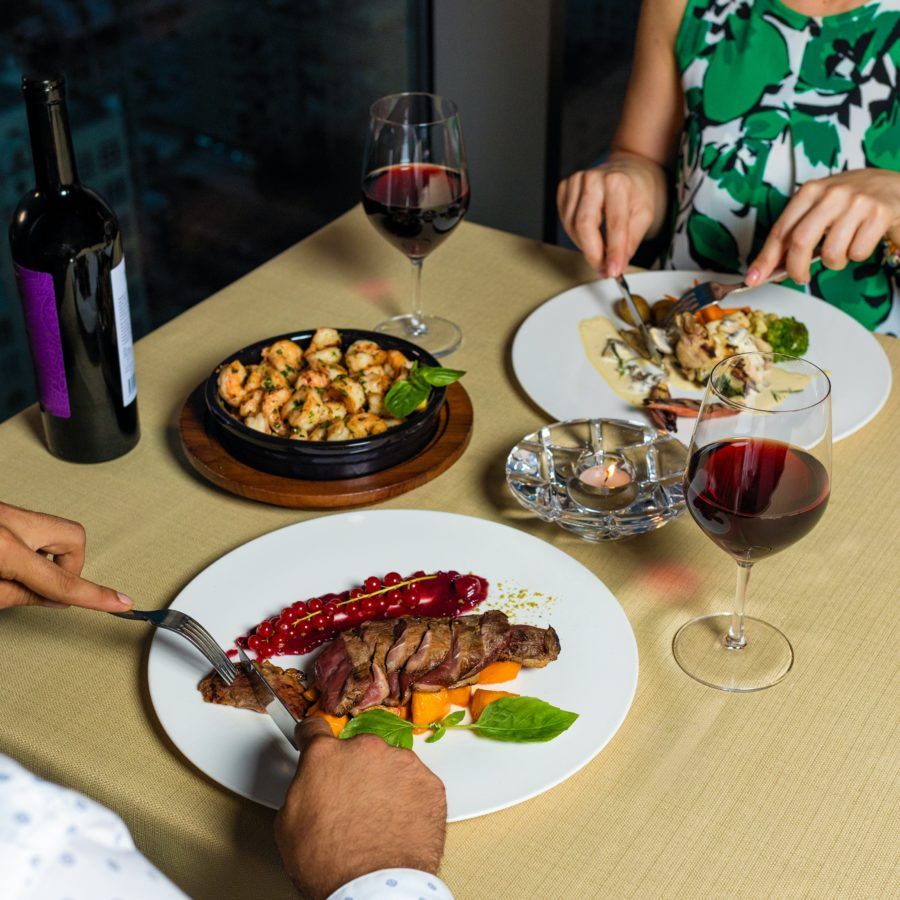 Going to a restaurant is often a good litmus test for potential relationships. You see how your date treats others, you negotiate sharing food and then a bill. You look for indications of character. One lovely fall evening, senior marketing analyst Megan Stricker went on a date to one of her go-to spots with a man she’d wanted to go out with for three years. They sat down, ordered drinks, and began chatting. He told her he had four children. Fifteen minutes later, things got weird.

“He received a text message that made him laugh and proceeded to tell me it was a girl who wanted to have another baby and asked if he would help her with that,” Strickler told me. “He acted as if I should have been jealous. He kept insinuating I didn’t have to be alone anymore now that I had met him.”

That wasn’t the end of it. Fifteen minutes later, after he told her he was vegan and delivered a lecture on how it’s better for the planet and for one’s health, her date ordered chorizo tacos. When he went to the bathroom, Strickler checked the menu.

“He did not order vegan chorizo. This was an hour of my life where things kept happening and I kept asking myself if I was being punked,” she said. “I go on lots of first dates. No second ones.”

Strickler is hardly alone in this scenario. Each person I spoke with is a self-declared first-date expert — with multiple rules and specific bars and restaurants that they have steered first dates to — and they all have formed clear ideas of the first-date protocol. They also carefully choose establishments that were conducive to swift flight should a date go awry.

It has been two years since my own restaurant, Poi Dog, closed and after this research, I now fully understand why customers frequently told me it was the perfect spot for a first date. Poi Dog was technically fast-casual, but charming enough for romance to blossom. During the day, we served primarily an office crowd, but at night, it transformed into a relaxed, neighbourhoody kind of place. Our menu was relatively inexpensive, and you also paid upfront for your food at a counter, which made navigating the finances of a first date clear. There was no awkward jockeying for a bill at the end of the night. You could easily flee if the date wasn’t going well.

With these tenets in mind and with the hard-won wisdom of my very official panel of first-date experts, consider this your guide to first dates at bars and restaurants.

Pro tip: if you’re going on a date with someone in the food industry, they are likely even more attuned to these guidelines.

Choose a spot for both ambience and potential escape

The protocol for Stricker involves first making plans for just drinks. She suggests sitting at the bar rather than a table so she can be in and out in 30 minutes if things go poorly. “The bar feels less intimate, and I want to be less intimate on a first date,” she says, and also takes noise levels into consideration. “I pick somewhere that is neither too loud, so you don’t have to shout. nor too quiet; quiet is awkward. If there’s zero conversation back and forth, I want to have something to comment on.”

A slew of single men agreed with Stricker’s comments. I heard resounding cries of, “I don’t like committing to dinner on first dates!” “Dates are time commitments!” “Why do dinner when you’ll know within 20 seconds if it’s going to work out or not?” One dater wisely recommended cafes that served both coffee and alcohol, to accommodate different drinking preferences. Another offered the sage advice of going to a restaurant but sitting at the bar, so if the date was going well, then you could order food to prolong your time together.

Paying on the first date is telling — sometimes

A single, straight male friend told me, “I have never let a girl pick up a check on a first date, but I do appreciate the attempt. I think it shows a lack of entitlement.” I agreed with him, but I also recalled the first dates where I insisted on paying, because I never wanted to see the other person again and didn’t want to feel like I owed them a second date.

Lynn Marandola, a senior customer success manager at PayPal says, “Call me old-fashioned but if he takes my money, it’s a turnoff. I think a good rule of thumb would be whoever asks for the date pays.” Stricker agrees with me that she puts down my card in a huff, she just wants out of there, but she lends further insight. “If I’m on a date with a guy, the guy usually pays and that feels expected. If I’m on a date with a girl, we typically split fifty-fifty and that has nothing to do with how well the date is going.”

I endured listening to many first date horror stories and I can’t believe I have to spell this out: Don’t be rude to the restaurant staff, don’t be late, and remember to tip well. No matter how cool the ambience at the bar or restaurant you choose is, how great the drinks or food are, you are the one being sized up by a potential mate. Stricker rattled off scenarios where her dates neglected to say “please” and “thank you” to staff, rudely tried to get the bartender’s attention or tipped poorly. These are frequent reasons why she rarely goes on second dates.

My husband and I are both in the restaurant industry and we had known each other for years prior to dating, so we had already formed impressions of each other before sharing any meals together. I still scrutinised him at dinner when we first started dating. Did he offer me the first bite? The last bite? Would he make sure I had enough of any given dish before helping himself? Sales executive and jazz singer Susannah Mauro recalls her first date back in 2018 with her now-husband, Nick Durbin, a sales director. “We ordered the entire menu and duplicates of some of the pastas. I could never be with someone who wouldn’t share food with me. It’s an intimate act, sharing food with a new romantic partner.”

The first date — and its location — may set a precedent

“Palizzi Social Club was a test,” Mauro confesses. “The reason why I took Nick there on our first date – we had met previously – is because for me, it’s a romanticised version of a place my grandparents would have frequented in Sicily in the ’40s or ’50s. It’s a place that makes me feel close to them. If Nick appreciated that, then he was the right person for me.”

Mauro and Durbin’s first date lasted well into the night. “We were there for much longer than we should have been, four to five hours. I also used to sing at Palizzi, which was a joyful time for me. Nick understood that I loved that restaurant more than simply because the drinks were good and the food was good. I left a part of who I was in that restaurant.”

Palizzi, as the location for Mauro and Durbin’s first date, has thus been woven into their own personal mythology, taking on further importance in their relationship, because remember, sometimes things work out.

Bars Dining Restaurants First Date
Kiki Aranita
Dining
Sign up for our newsletters to have the latest stories delivered straight to your inbox every week.