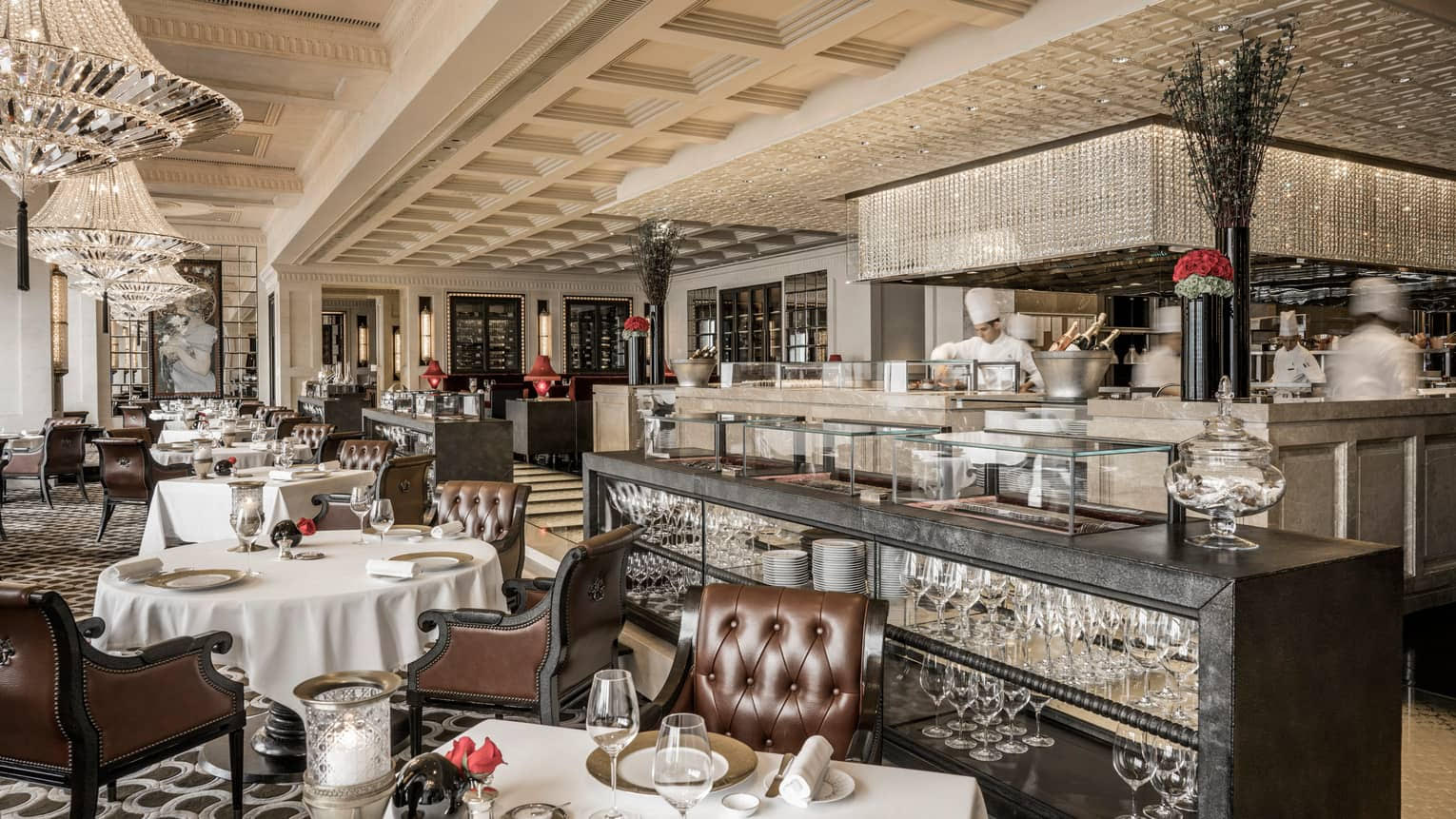 Earlier today, chefs, restaurateurs and reporters gathered for the awards ceremony of the newest edition of Michelin Guide Hong Kong Macau 2019, held for the second year running at the City of Dreams in Macau. While conversations and debate continue to rage on regarding the relevance and subjectivity of restaurant awards rankings — here in Hong Kong, for the time being, Michelin is still seen as the pinnacle of achievement for many local chefs and restaurateurs. This year, there is particular cause for celebration: Balking the rather anti-climactic pattern of prior years‘ results, a handful of surprise victories this year has the restaurant industry abuzz following the announcement of 2019’s stars.

There were a total of 82 starred restaurants in this year’s guide, including 10 three-stars, 17 two-stars, and 55 one-starred restaurants. From the one-star category, Hong Kong had six new entrants, including two from prolific F&B group Black Sheep Restaurants: Belon, headed up by chef Daniel Calvert (who is presumably still floating off the high of landing on Asia’s 50 Best Restaurants 2018 list); and New Punjab Club, the modern tandoor grill from chef Palash Mitra, who captured his first Michelin star at Gymkhana in London before moving to Hong Kong. Both awards are a refreshing sign for a Guide that has traditionally tipped its hat to restaurants of the classical variety — recognising and rewarding the more casual type of establishments that increasingly represent the heart of modern-day dining.

Other new one-star additions in Hong Kong include the branch of Cantonese restaurant Guo Fu Lou opened this year at The Murray, and Xin Rong Ji, which celebrates Shanghainese cuisine from within an elegant space in Wan Chai. Michelin-starred Épure‘s sister restaurant Arbor at H Queen’s also caught the attention of Michelin inspectors, with its artistic Japanese-inflected sophisticated French offerings; while the latest creation from chef Umberto Bombana, Octavium made its grand debut in the red book.

Previous years have seen little to no change in the upper echelons of the star ranking — a status quo shattered this year by six new additions to the two- and three- star categories, including both new restaurants and establishments that jumped up one star from last year’s guide. Of this esteemed group, French dining commanded the Michelin stage, starting with the exquisite fare from chef Maxime Gilbert at Ecriture, Le Comptoir Group’s ritzy new restaurant in H Queen’s.

The recently opened Alain Ducasse at Morpheus in City of Dreams swept two stars not six months after its grand debut, a tribute to the talents of head chef Pierre Marty, while Four Seasons’ Caprice made the elusive jump back into 3-star territory (a designation it held from 2010–2013), the renowned restaurant now headed up by chef Guillaume Galliot (previously of The Tasting Room in Macau) after a chef swap with Fabrice Vulin in 2017. The luxury hotel has double the cause for celebration as its new crown jewel of Japanese cuisine, Sushi Saito also cracked the Michelin Guide at two stars — unsurprising given that its sister restaurant in Tokyo holds three stars. Finally, Macau’s Jade Dragon also made its way onto the coveted 3-star list, with its delicate recreations of Cantonese specialties. (On a related note, Michelin also recently released their first ever guide dedicated to a cuisine rather than a region, the “Fine Cantonese Food Guide,” which compiles the best destinations for Cantonese restaurants around the world.)

Every one of the eight new Michelin-starred restaurants from 2017 kept their stars (including Ying Jee from ex-Duddell’s chef Siu Hin Chi, which jumped to two stars), while a small handful of restaurants dropped off the list altogether, such as Philippe Orrico’s ON Dining and Peking Garden in Landmark. Meanwhile, Shangri-La’s Shang Palace fell from two stars to one star this year.

All in all, it’s been an interesting year for restaurant and food awards. Whether it’s Michelin Guide, World’s 50 or Asia’s 50 Best — the snowball effect of social media is making these designations perhaps more impactful than ever as a catalyst for instant popularity; on the flip side, an increasing number of discerning diners, food media and the like are questioning the often subjective methods used to dole out stars and rankings. But whatever your feelings, there’s no question that a certain amount of celebration is in order, as local chefs saw their immense labour and toil in the kitchen come to fruition today, accepting what’s still considered to be the most prestigious culinary award in the world.

The 2019 Michelin List of Starred Restaurants in Hong Kong: