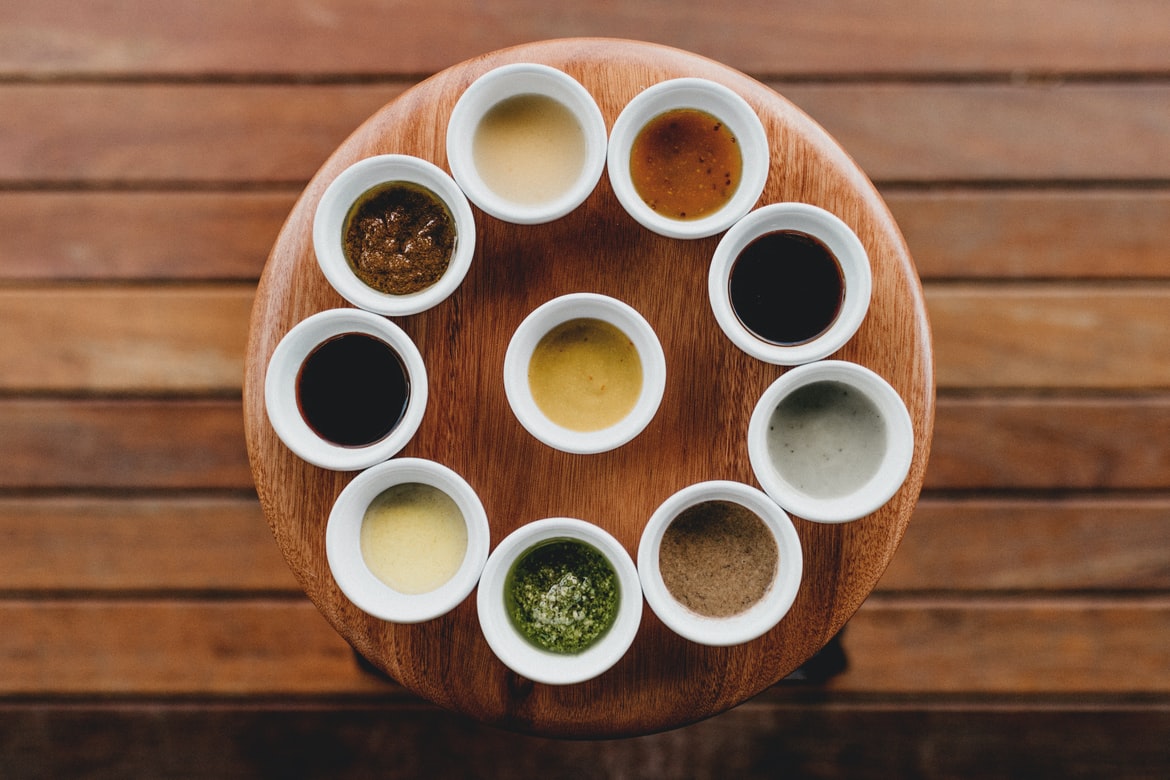 From dipping sauce and drizzles to pasta sauce, here are the vegan sauce recipes that will take your meals to the next level.

Flavour-packed vegan sauces are an essential if you’re planning to step up your plant-based meals. They are what you need to add life to your vegan recipe arsenal, especially if you’re eating more vegan foods during the Vegetarian Festival this year. Here, we’ve curated a list of western and Asian vegan sauces to help you switch up your day-to-day flavours and reinvent leftovers. Are you ready to get cooking?

Most teriyaki sauces are vegan, but some may contain honey. This 100% vegan sauce is sweet, savoury, and easy to make with simple ingredients. It’s a great addition to your sir fries and it’s delicious on tofu, rice bowls, and even noodles.

Don’t be intimidated by the red colour: this Chili Oil recipe is actually not as spicy as it looks. It has just the right amount of warming heat with a pleasantly addictive flavour. What’s more, the harmony of the spice aromas is something that you’ll definitely enjoy.

A good vegan cheese sauce makes a huge difference. It’ll satisfy all of your cheese cravings while maintaining a vegan diet. Whether it’s for cheese fries, tacos, or nachos, you’ll never have to miss animal-based cheese again.

Thai sweet chili sauce makes a superb condiment for many Thai dishes and a dip for various finger foods. It has spicy and sour notes and there’s no need to worry about the fish sauce in this case. Try this recipe and see.

Your noodles are destined for the greatness of this cashew cream pasta sauce. It’s just like a vegan Alfredo sauce, but it’s gluten-free and has a mild heat from roasted red peppers. It’s creamy and full of protein-packed cashew nuts.

The traditional pesto recipe has a bit of parmesan cheese to give it that signature flavour. But who says pesto needs cheese? This vegan pesto recipe uses ingredients that enhance the complexity of flavour and mimics the original cheese flavour nicely.

Avocado mayo adds that taste and texture that you’re missing on your sandwiches. It requires only a few ingredients that you may already have on hand. Master this recipe and you’ll no longer panic over running out of mayonnaise in your kitchen.

Here’s another vegan sauce that you wouldn’t want to miss out on. This is a vegan barbecue sauce that packs a real flavour punch and propels even the blandest of foods. Of course, it’s healthier and tastes so much better than the store-bought one type.

This is a thick and creamy vegan sour cream made with just six ingredients and a few minutes of your time. It’s cleaner than the regular sour cream and can even be used as a vegan Crème Fraiche, too.

Recipes Dining Vegan Cooking plant-based
You might also like ...
Food & Drink
Plant-based bucket list: 8 of the best vegan restaurants in the world
Food & Drink
7 Thai vegan influencers on how to start your plant-based journey
Food & Drink
9 best vegan desserts to order in Bangkok
Food & Drink
8 Thai plant-based influencers that may inspire you to go vegan
Karatpetch Vattanapoon
As a culture enthusiast, Karatpetch loves to travel, learn new cultures and languages, and has great zealousness for food. She is also an amateur dancer of various styles. Watching sports, sightseeing, cooking, knitting and exploring beauty goodies are her moments of simple joy.