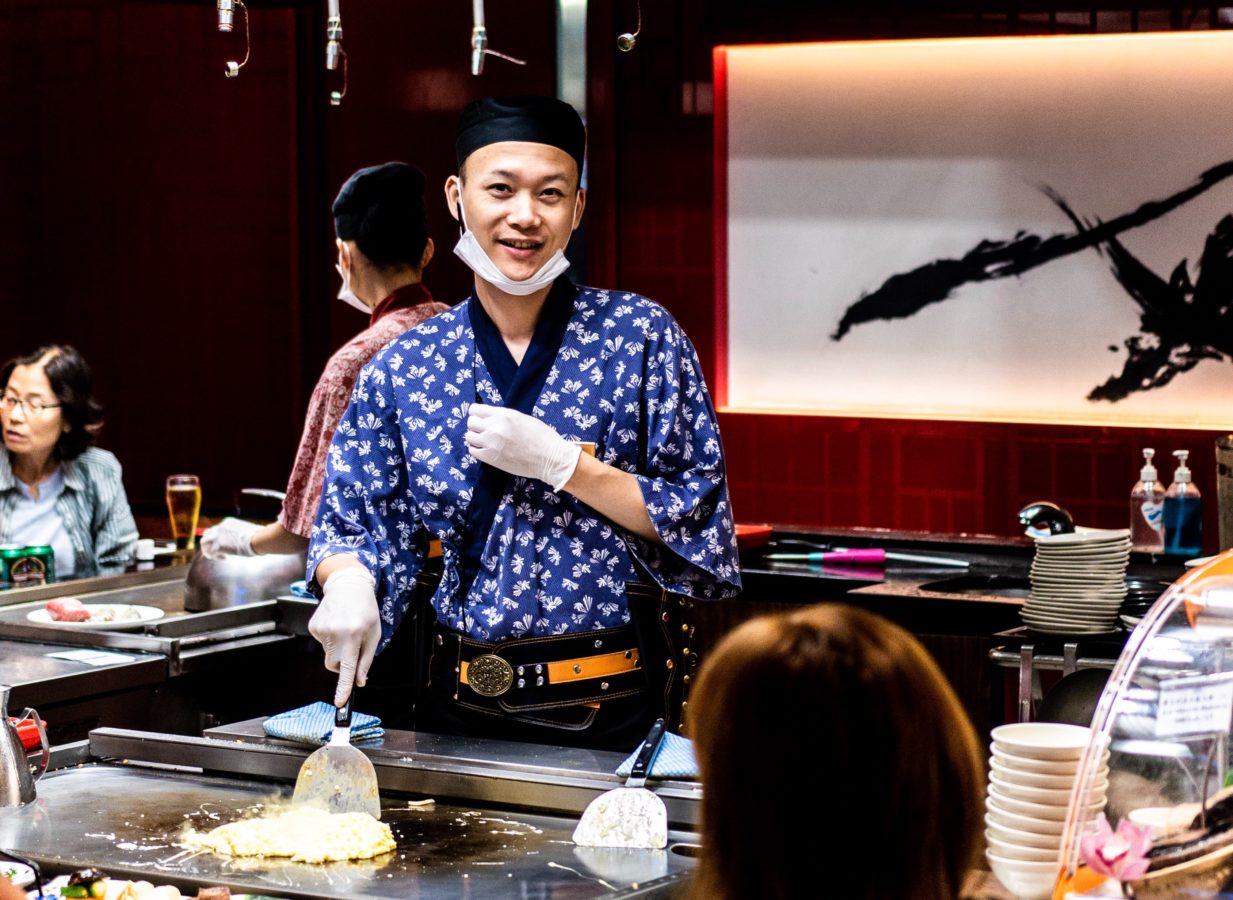 Weekend muse: why sake-hopping is a great date idea

Food & Drink
Weekend muse: why sake-hopping is a great date idea
Share this article
Next article

Last weekend, we went on a really great date.

Last weekend, a handsome man/beautiful woman whisked us away on a private jet to Tokyo, where we went sake-hopping from izakaya to izakaya until dawn.

Just kidding, there’s a pandemic in the air and international travel is not advisable, but the statement still holds some truth.

Sake-hopping: have you considered this for your next night out?

We are lucky to live in a city where a lot has gone back to relatively normal. We’re going out to restaurants again, and whilst we can’t travel abroad just yet, the selection of restaurants we can find here offer ample satisfaction for any wanderlust.

Last weekend, we decide to explore a host of Japanese restaurants in one night, and came back with an inspired palette and vivid Instagram feed. Intrigued? Read on.

It’s no secret that Bangkok boasts an overwhelming plethora of Japanese restaurants, and luckily, they all seem to be located in cute clusters about town. This makes it easy to hop and bop between spots, and also makes for a great excuse to leave if you’re not “feeling the vibe” of just the one place.

Thonglor is the most obvious one (and Japan town the one to go for if you’re really lazy), with plenty of both higher end and cosier spots to pick from.

Venturing out a little, we actually love the hidden sois between Sathorn and Silom for authentic Japanese bites nearing the business district, as well as Phrom Phong (where you can stop by a Japanese supermarket for snacks, too).

The idea is not so much to go to one or two restaurants, but to try and hit four to five on your list in one evening. It’s even more fun if you know nothing about them, but if you need a little guidance, we can help you out a little:

The art of the sake-hop is obviously about drinking sake at different haunts, but it is just as equally about the food. Japanese food goes far beyond your old bowl of ramen and a mere maki roll, which is why you need to think wisely about how you want to approach this.

Think about it as a multi-course meal that you enjoy at various locations. How about tempura for the amuse bouche? Then move to yakitori for starters. Do soba or sushi as the middle course, before hopping on to yakiniku or teppanyaki for the mains. Japanese curry or ramen is always a good idea somewhere in between, and so is tonkatsu. Do no end your meal without matcha ice cream, because you are not an animal.

An important note: whilst omakase is definitely amongst our favourite culinary experiences, like, ever, it is not advisable for this kind of date, as you don’t want to be too full before heading to the next joint.

Another important note: of course this date won’t be good for your diet, but just be cool.

It doesn’t have to stop (or even begin) with sake

We put sake-hopping as the title to this because sake and hopping is our style, but it doesn’t have to stop (or even begin) there. You could make it about different Japanese beers or whiskies, or even go down a non-alcoholic route and try different Japanese teas at every place you head to. You could also give it a food-based theme, and compare and contrast flavours to form your own little guide to, say, the best tempura around Thaniya.

The options are endless, and the yearning for travel is soothed a little when you add this fun spin to your date. Munching edamame as we reminisce on last weekend and type this, throw us an ‘Arigato!’ later, and see you at the sashimi counter.

Dining Japanese Food Sake Weekend Muse
You might also like ...
Food & Drink
Where to drink responsibly in Bangkok this August 2020
Food & Drink
Weekend muse: now more than ever, tip your bartender
Food & Drink
#WorkingFromCafe: a new Starbucks in Tokyo offers private booths for teleworkers
Food & Drink
Chef’s Cheat Day: 5 spots Chef Anthony Burd keeps going back to
Lifestyle Asia
Here's where you can read the latest news and stories from Lifestyle Asia and our sister titles PrestigeOnline and Augustman, curated from all of our editions in Hong Kong, Singapore, Kuala Lumpur, Bangkok and India.
Luxury