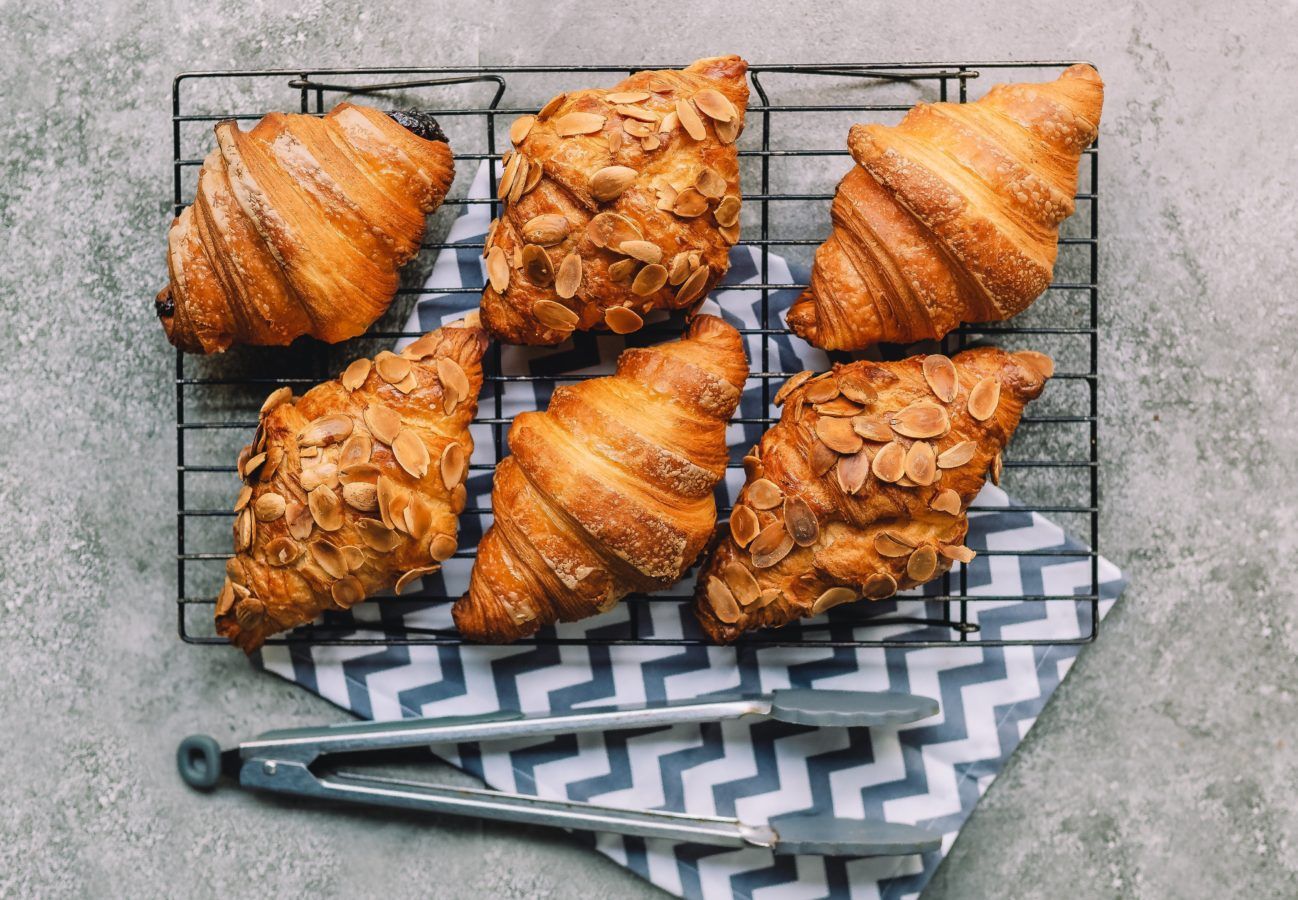 Considering the labour, technique, time, and butter that goes into making one, a croissant would be a grade-A student if it was to be in a school with all its peer pastries.

Because of that, there’s no wonder why a pastry-loving city like Bangkok can’t get enough of the high-fat, high-carb treat. Bangkok’s bakeries are fuelling croissant connoisseurs in the city with their takes on the European pastry, with a wide spectrum of flavours and toppings for you to choose from.

Since croissant monsters — like ourselves — are sheltering in, here we’ve curated a list of our favourite croissant haunts that are currently doing delivery to make sure you don’t go a day without one.

This article first appeared on Lifestyle Asia Bangkok on 27 May 2021 and has since been updated for content. 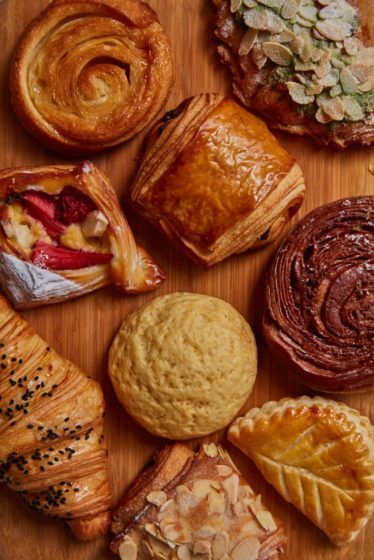 If a croissant were to have its own city, Gontran Cherrie would be the amusement park where it keeps all the fun and flavours. The French boulangerie by the famed French-native baker Gontran Cherrier boasts an array of highly impressive croissants with different toppings and fillings. 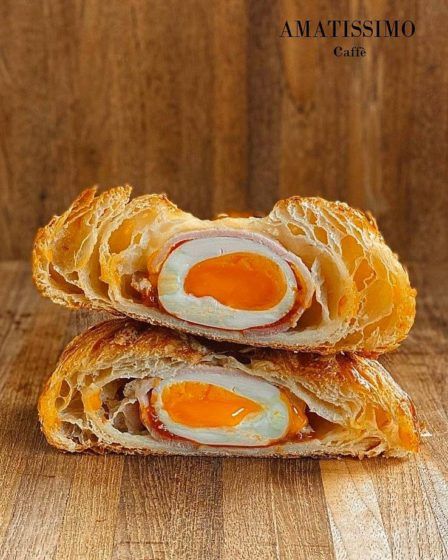 Amatissimo Caffe churns out a repertoire of butter-packed pastries and croissants in more exciting and interesting shapes. An example is the French Butter Cube, which has a dice-like shape. The Breakfast Ham & Cheese is our favourite since it comprises of briny ham and a whole soft-boiled egg that’s ready to ooze out a golden runny yolk whenever it is cut open. It could pass for a substantial meal on its own.

Order via LINE: @Amatissimo-Caffe or via FB & IG message 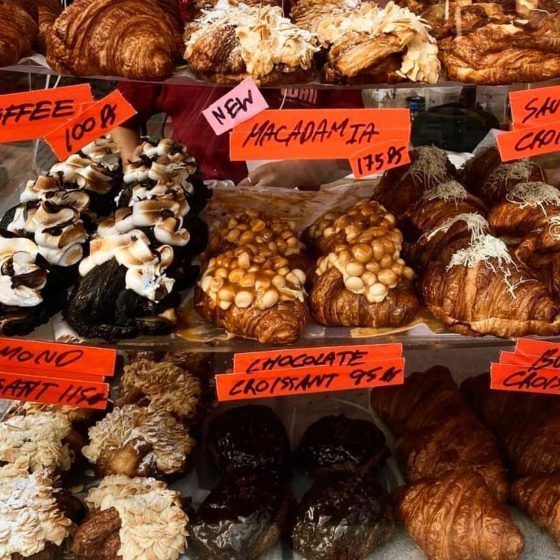 Apart from chewy cookies and bagels, Namwan Bakehouse doles out a great selection of croissants like Red Velvet Croissant, Bacon Ham Croissant, Green Tea Raspberry Croissant, and more. The best thing about this place is that they ship nationwide to make good croissants available wherever you are.

Order via Lineman or foodpanda 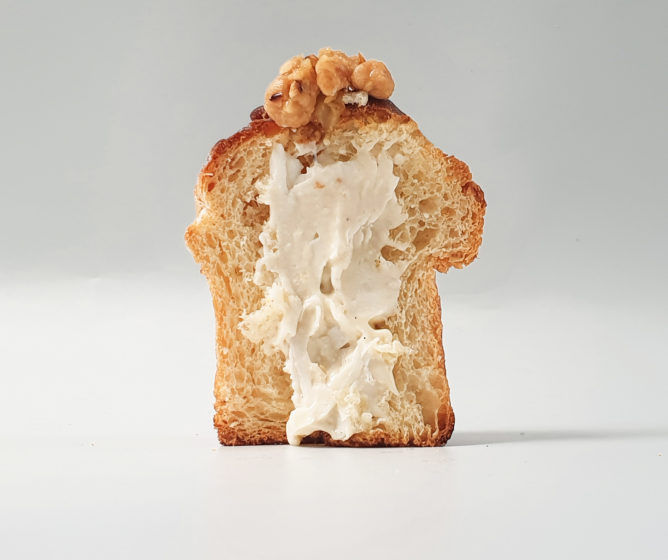 When a croissant meets a muffin, that’s when the magic called a “cruffin” happens. For those who have been longing to taste it, Bruno & Mo has just the thing to offer. Their cruffins come in a variety of flavours: Lemon Meringue Cruffin, Churros Choc Cruffin, Caramel Custard Cruffin, and more.

Order via LINE: @brunoandmo.bkk or GrabFood, Lineman and Robinhood 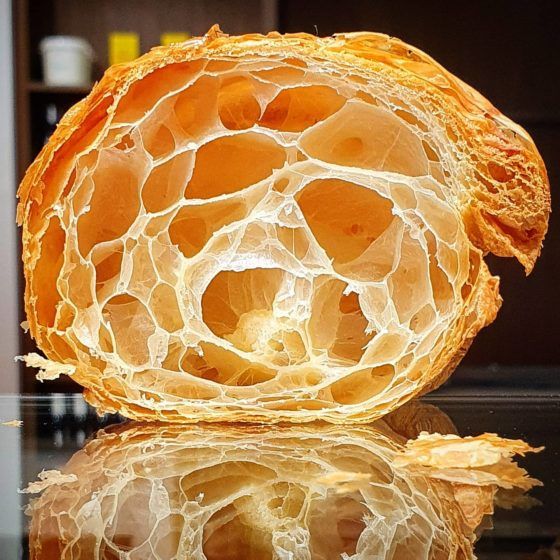 Avid LSA readers probably know already how much we love Holey Artisan Bakery. Their sandwiches are to-die-for (must-try is their Love Story on multigrain!) and their cakes are just divine — tried and tested. Another thing here you should get is their ultra-flakey croissant. It’s very flaky, buttery, and holey. 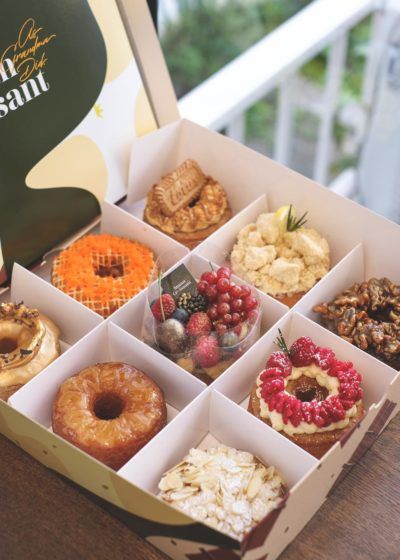 When it comes to a venue with a full-blown croissant business, we think Susan Croissant. The bakery dedicates its entire menu to the butter-loaded pastry. Expect to see all types of mouth-walloping desserts made from croissant dough. Of course, the Frido (a.k.a the cronut) is also included in their sweets repertoire. Love sweet and savoury? By all means, opt for the Mushroom Cream & Bacon, or the Three Cheeses, which comes crowned with a crunchy cheese crisp. The Lemon Cream & Crumble Frido is also a wonderful combo of sweet and tangy flavours you’ll enjoy. 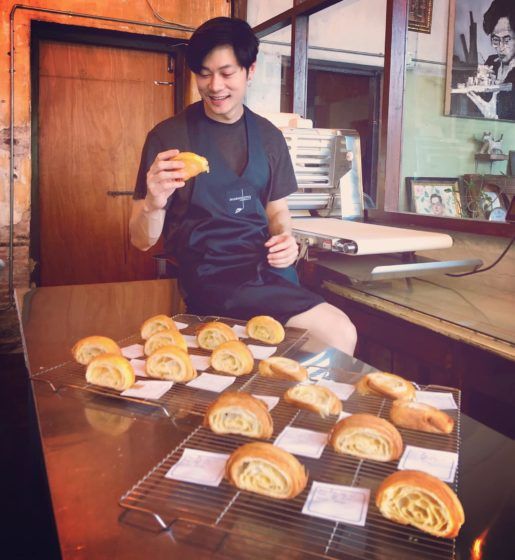 If you’re deep into Bangkok’s croissant business, you know this one is all the rage. Helmed by the popular internet pilot-turned-baker Aum Thanwa, Maesalong Croissant serves up only two things on their menu: Butter Croissant and Kouign-Amann, and due to the high demand, some wait up to even up two months to taste these goodies. Now the venue is open for walk-in takeaway. Pre-order is also available to make sure you don’t miss out on their treats. 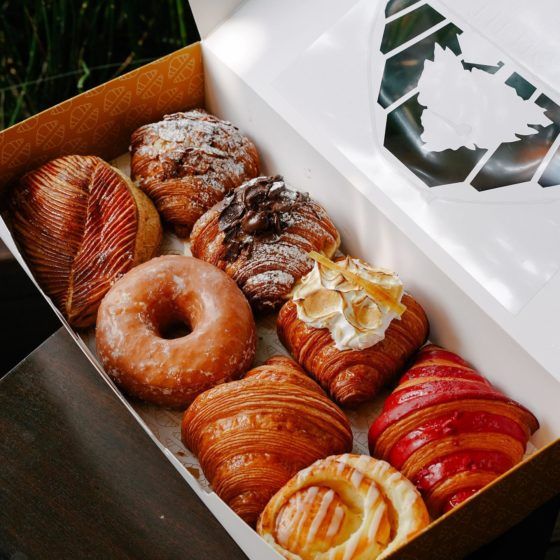 At Tiengna Viennoiserie, pastry buffs can take delight in a wide array of Austrian butter-enriched, leavened pastries like croissants with different flavours. Other must-tries also include the Palmier and Bacon Cheese Twist.

Order via Lineman or GrabFood 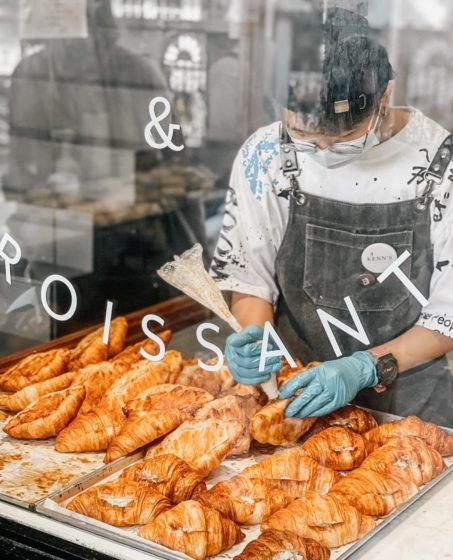 If you ask Sathorn folks for their favourite croissant haunt, we imagine nearly all would say Kenn’s Coffee & Croissant. The outlet tucked away in Soi Narathiwas Rajanagarindra 5 is a haven  for croissant and coffee. Now with a new sister branch in Ari, you can easily get their croissants delivered from both branches. 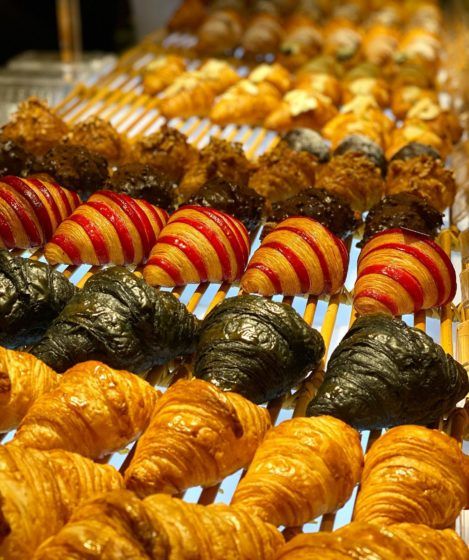 One of the things we love about Captain Squid Croissant is their medley of savoury and sweet toppings and fillings that come with their butter-enriched croissants – think Hokkaido Milk, Double Chocolate, Choco Raspberry, Spicy Tuna Edamame, Spinach & Cheese, Mushroom White Sauce, and more. As salted egg yolk fans, we absolutely can’t get enough of their Salted Egg Lava Croissant.

Order via LINE: @captainsquid or foodpanda

Website
Instagram
Order now
Delivery Pastry Croissant
You might also like ...
Food & Drink
Late night snacking: 10 creative ways to season popcorn
Food & Drink
Where to find the best croissant in Bangkok
Food & Drink
Where to buy bread in Bangkok, for French people, gluten-free people, or just picky people
Food & Drink
15 Bangkok pizza delivery services for a great night in
Kankanit Wichiantanon
Writer, Bangkok
Kankanit is a writer by day and a baker by night. If there’s one thing you should know about her, it’s that she can wax poetic about food 24/7. Her daily routine is writing, cooking, eating, repeat. They are the things that inspire her from morning 'til night.
Dining Culture Home
Sign up for our newsletters to have the latest stories delivered straight to your inbox every week.

Where can you find the best Peking duck in Bangkok?

The best bakeries in Phuket for fresh bread and pastries