Food & Drink
White truffle season: where to get your truffle fix in Bangkok this month
Share this article
Next article

What’s that Jay-Z song that goes like, “this is truffle season, time for tuxedos for no reason”?

Because that time is now.

Sometimes referred to as Piedmont or Alba truffles, white truffles come into season during the late autumn and early winter in Europe, usually from around late October to early January. They are a wonderful festive treat, even more rare and exquisite than the black truffle, and a favourite of those who know and love that special white winter truffle aroma.

Most commonly served on pasta, sometimes on pizza, and less occasionally on meat, Bangkok has long boasted a beautiful repertoire of Italian restaurants, each of which put together a special menu just to celebrate this season. Whilst our borders may be closed to casual tourists, it is a relief to know it is still open to Italian delicacies such as these. Here’s where you can find white truffles in Bangkok at the moment, and the most noteworthy menus that feature them.

(Also, the Jay-Z song we were referring to earlier is ‘Suit and Tie’ featuring Justin Timberlake, and we are definitely strong supporters of wearing a tuxedo for no reason.) For a wonderful lunch or dinner experience at one of the most iconic locations by the river, head to Le Normandie this truffle season to indulge in their special Alba White Truffle Menu (THB 12,500++). Chef Arnaud of the two Michelin-starred restaurant is serving up a menu that features white truffle in several ways: with tete de veau potato, line-caught monkfish, free-range chicken, and in ice cream, to name a few. Hurry with a reservation, as the menu will only run for as long as the limited supply lasts, and has launched since 7 November already. Chef Nelson charms us with a special white truffle menu this festive season at Il Fumo. With a previous tenure at the 3-Michelin-starred Umberto Bombana in Macau, head here to try his very special homemade duck’s egg Taglioni served with Alba white truffle. There are only a few limited portions, but we have a feeling it’s going to be unlimited deliciousness. Mia knows how to spoil you this festive season. Whilst they did host a special truffle set menu this past November, they’re continuing on with white truffle mania by offering a shaving of white truffle on any dish of your choosing at the restaurant. The options are near endless. A truffle lover’s dream. 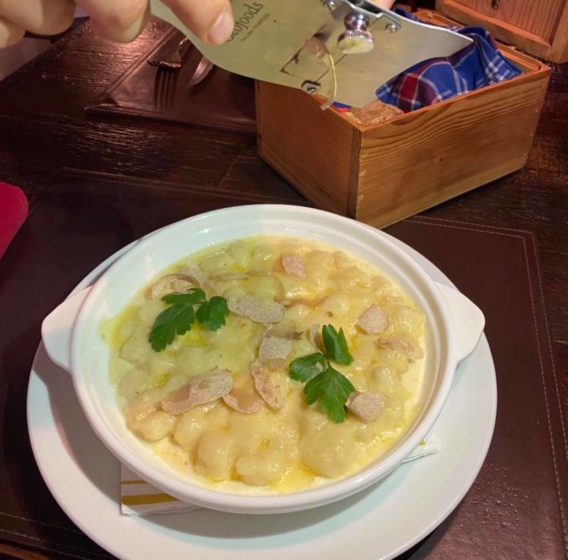 Long our very own favourite Sathorn neighbourhood Italian, Il Bolognese too is serving a white truffle menu this season, with a spotlight on homemade pasta. Whether it’s the artisanal gnocchi topped with truffle shavings or the special taglioni flambeed in a cheese wheel, Il Bolognese takes things down the simple route with their menu, albeit sophisticated (and scrumptious) nevertheless. 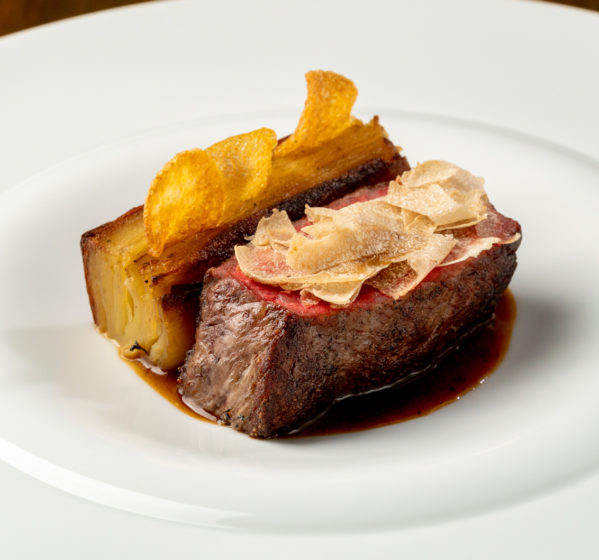 Following the success of last year’s event, Enoteca returns this season with the second rendition of Shades of Truffle. With a menu created by Chef Stefano Borra, expect an original array of dishes based on traditional recipes using fresh truffles picked from the Ovada-Acqui region by the restaurant’s very own private truffle hunter. The menu can be enjoyed with four courses (THB 5500++) or five courses (THB 6100++) and will be served until mid-December.

Website
More info
Dining fine dining Le Normandie Enoteca il fumo truffle Mia Restaurant Il Bolognese
You might also like ...
Food & Drink
Drink this: the best cups to down this week (December 1-7 2020)
Culture
In case you missed it: our 10 most popular stories this November 2020
Food & Drink
Unique Eats: Bangkok bites we loved this November 2020
Food & Drink
Weekend muse: what’s with all the hype around Vaso Spanish Tapas Bar?
Lifestyle Asia
Here's where you can read the latest news and stories from Lifestyle Asia, curated from all of our editions in Hong Kong, Singapore, Kuala Lumpur, Bangkok, India and Paris.
Luxury

4 ways to shop more responsibly for food in 2021