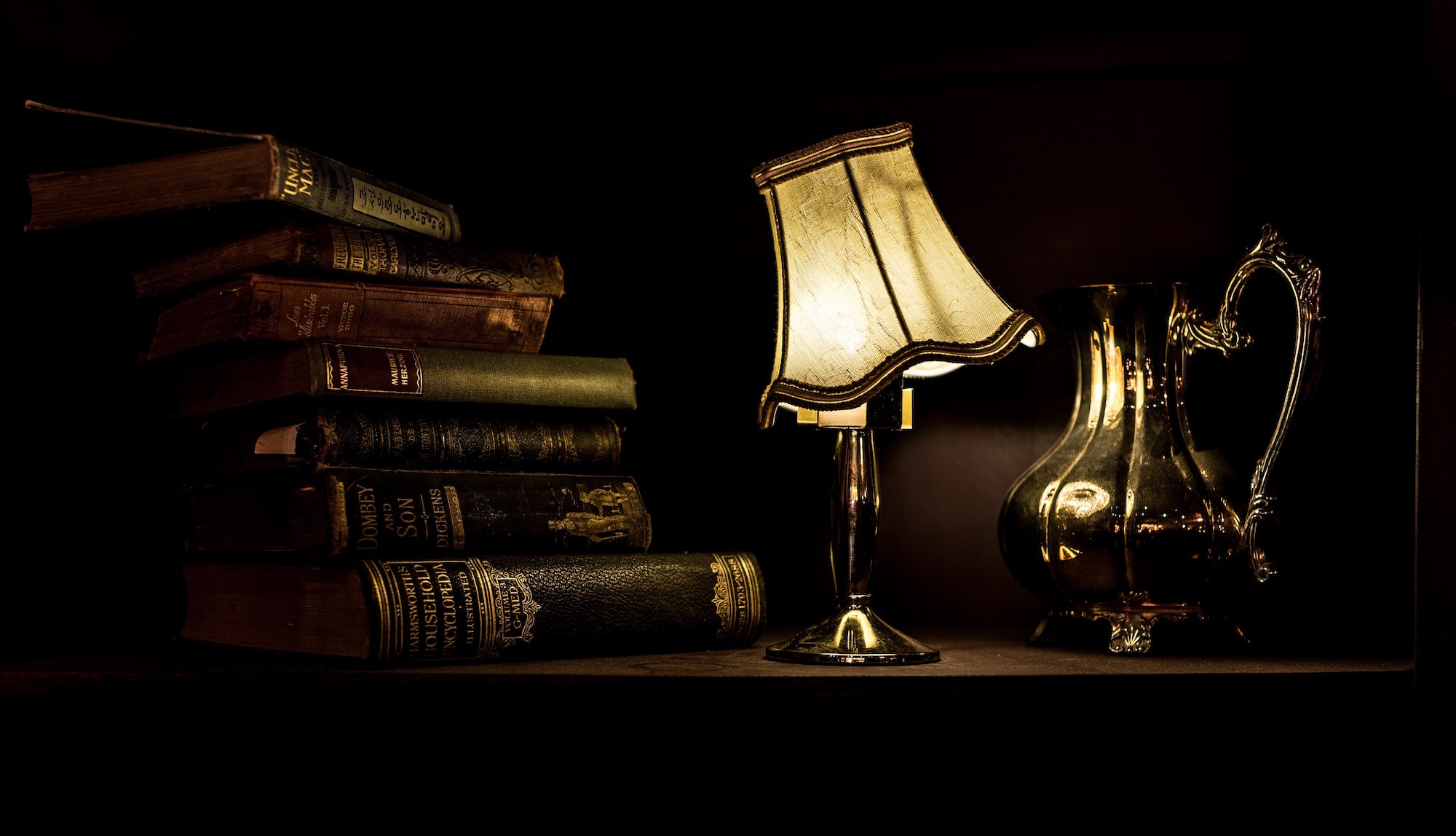 Every great cocktail has a story, and interestingly enough, many a great story features a cocktail.

Whilst it is no secret that writers past and present have often turned to a glass of whisky or wine for inspiration, it is intriguing to find how great a reflection of the times and tastes many of these novels present. Cocktails and drinks that feature in books bring something to the story that other literary elements often can’t. The main character is distressed; he drops his Bourbon. The lovers go on vacation; they drink a gin and tonic on the train. A child is born; champagne for everyone. A cocktail accompanies the tale.

From modern-day icons to old-school favourites, we’ve put together some of our favourite cocktails from famous novels here. Consider it a toast to the library, that blurs and slurs the lines between narrative beauty, books, and booze.

It is quite possibly the most famous cocktail order in the history of cocktail orders. Ask any odd wanderer on the street what Britain’s most famous spy likes to drink, and it is likely they’ll know not only what he likes to sip, but also how it must be prepared. James Bond made the shaken (not stirred) Martini world famous. Yet a classic aside, there is actually a very particular kind of Martini that James Bond orders in Ian Fleming’s 1953 Casino Royale, which soon after made waves across the bar industry. In the novel, 007 gives a very clear-cut description: “three measures of Gordon’s [gin], one of vodka, half a measure of Kina Lillet. Shake it very well until it’s ice-cold, then add a large, thin slice of lemon peel,” – and thus, the Vesper Martini was born. Named after Bond Girl Vesper Lynd, it’s definitely a cocktail of the stronger kind, and was even the inspiration behind Bangkok’s beloved Vesper Cocktail Bar.

There’s no denying that almost every character in Fitzgerald’s beloved The Great Gatsby loves a good cocktail. Themed around extravagant parties and set during the wild 1920s Prohibition Era, there are countless references to the characters fixing themselves a drink. Both gin and champagne make multiple appearances; the latter being a marker of a sparkling party, and the former considered easy to drink for its lesser obvious detectability on the breath. Nevertheless, it is the mint julep which makes a standout debut, as Daisy tries to calm her husband during an argument by saying, “I’ll make you a mint julep – then you’ll seem less stupid to yourself.” A combination of Bourbon, water, sugar, and mint, it is a refreshing beverage, and indeed very much suited to calm heat and mood. It wasn’t invented by the novel, but it does have its very own style of cup named after it: the julep cup.

Scotch & Soda, The Catcher in the Rye by J.D. Salinger

Here’s one that isn’t very deeply a cocktail, yet still a rocking combination of sorts. Salinger’s Holden Caulfield from The Catcher in the Rye may be many things and may have many things to complain about, but something that stands out throughout the entire novel is definitely his affinity for a Scotch and soda. It is the marker of being an ‘adult’ for Caulfield, as he prides himself in not being carded when he orders one. Indeed, ‘mature’ is a good word for this drink, as it takes away a lot of the fuss of more complicated cocktails, and focuses on the flavour of the Scotch. You want to get the proportions exactly right for this one, poured straight over ice, and finished before it melts. As Caulfield advises, order it “fast as hell, because if you hem and haw, they think you’re under twenty-one and won’t sell you any intoxicating liquor.” Wise words of a sort.

Is it possible to be an Ernest Hemingway fan if you too don’t like to drink? The Sun Also Rises is a bit of a tester into that theory. The characters are almost always drunk or getting drunk, and do not discriminate between spirits, either. Everything from wine and beer to absinthe, grappa, and brandy is sipped and slurped by Jake Barnes and friends, with one of the ending lines even reading, “no matter how vulgar a hotel is, the bar is always nice.” Though cocktails do not feature predominantly throughout the novel, Barnes does order one particular cocktail as he awaits the “damned good-looking” Lady Brett Ashley. It’s the Jack Rose: a cocktail made with applejack brandy, grenadine, and lime juice. A classic 1920s cocktail, it is served in a coupe glass, and rises like the sun in the novel’s name with its warm red hue.

Whilst breakfast takes the main stage over drinks in Truman Capote’s infamous Breakfast at Tiffany’s novella, there is actually mention of a very particular drink just a few pages into the book. A bit of an iffy name, but definitely strong and intriguing, Holly Golightly orders a White Angel cocktail at the beginning of the tale, which is described as “something new… one-half vodka, one-half gin, no vermouth.” We’re not sure why ‘no vermouth’ gets a separate mention, but we’re already having breakfast at a jewellery store, so anything goes, really. Though named very innocently, the cocktail packs a real punch. Very powerful. Very Audrey Hepburn in the later movie adaptation of the book.

This article first appeared on Lifestyle Asia Bangkok on 26 May 2019.

Drinks Cocktails Culture Scotch & Soda Martini Books Breakfast at Tiffany's novels Famous Cocktails Vesper Martini Jack Rose Cocktail Mint Julep White Angel Cocktail Casino Royale The Catcher in the Rye
You might also like ...
Food & Drink
Nightmare-inducing recipes to make for Halloween
Food & Drink
Drinking is a big part of Japanese business culture, but here’s how it’s shifting
Style
Best Dressed in Bangkok: The Cocktail Party Edition
Food & Drink
10 classic 3-ingredient cocktails you can shake up at home
Lisa Gries
Creative Content Director, Bangkok
Lisa loves to travel, and is always on the lookout for the world’s best nap spots. She’s a serious Asian art history nerd, and has a knack for languages and coffee table books. She hopes to publish her own novels one day, one of which will likely be called ‘All The Great Conversations I Had In A Bangkok Speakeasy.’ It’s a work in progress.
Travel Drinks Dining Watches