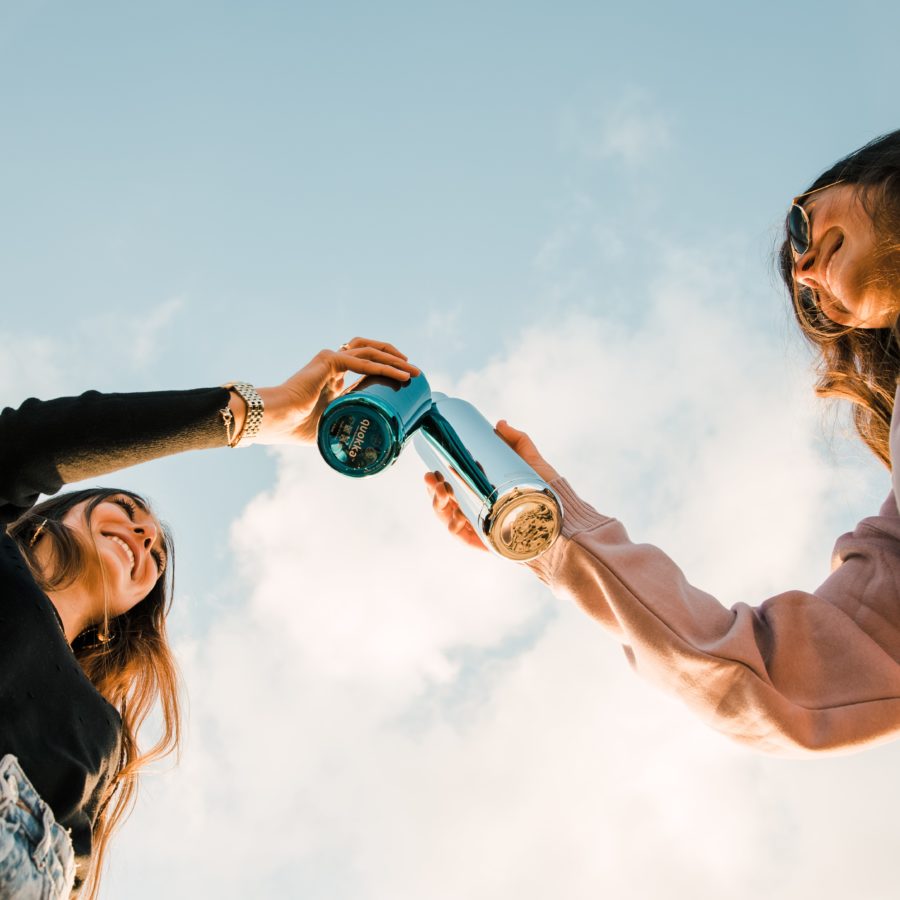 Coconut water had a cute run, but could it be time for CBD water?

Whether in tea, in a burger, in candy or even in a cake or pastry, if you thought you’d tried CBD (cannabidiol) in all its edible forms, then watch out for a new product that’s landing on the market: CBD water.

Living
Everything you need to know about CBD in Bangkok

This latest innovation comes notably from Karma Water. The American brand — which has previously marketed drinks enriched with probiotics, vitamins or superfoods — recently announced the launch of a range of water drinks enriched with cannabidiol. Developed in partnership with the Canadian cannabis giant Canopy Growth, the drink comes in five flavors, including pairings such as lavender/orange, blueberry/yuzu or blood orange/peach. As a sign that this new product is likely to be a hit, one of the largest beer and wine companies in the United States, Constellation Brands, has invested in Karma Water.

Endo Water, cannaki, Wyld CBD, Miraflora, Recess… in North America, the non-psychotropic derivative of cannabis is infused in a flurry of new products aimed at consumers in search of new low-calorie and alcohol-free drinks. And CBD seems to be more than a passing trend. Many studies agree on the perennial nature of the sector’s success. Indeed, the market for CBD-based drinks is expected to reach $14.6 billion by 2026, according to a report published by Facts & Factors.

The authorization — if not the tolerated sale — of CBD products in a growing number of countries worldwide is evidently providing a stimulus for this new market. But this might not be the only reason for its success. According to the same report, consumers are looking for new ways to consume CBD, other than smoking or vaping, as they are only too aware of the current increase in respiratory problems.

The research required to develop CBD water also provided an impetus. In fact, it’s not as simple as adding a few drops of CBD to water to make the drink. Initially, the substance extracted from the cannabis plant is in the form of an oil. The technological feat involves reducing the molecules to a tiny size to succeed in forming an emulsion with water. It’s the same principle used to make a salad vinaigrette: the vinegar has to be whisked with a fork so that the liquid penetrates the oil. This technique is already well-known in the pharmaceutical industry, where it is used to make oil-based medicines.

Drinks Dining Wellness CBD
You might also like ...
Food & Drink
Where to buy meat in Bangkok (premium cuts, cured, or CBD-infused)
Food & Drink
The hottest items on the menu this season? CBD edibles, asparagus, and mushrooms
Living
Panpuri Wellness launches a holistic cannabis experience in Bangkok
Style
8 designer water bottles we’re thirsty for, from Balenciaga to Dior
Lifestyle Asia
Here's where you can read the latest news and stories from Lifestyle Asia and our sister titles PrestigeOnline and Augustman, curated from all of our editions in Hong Kong, Singapore, Kuala Lumpur, Bangkok and India.
Luxury