Industry insiders weigh in: is it acceptable to put ice cubes in red wine?

You wouldn’t ask for ketchup to eat with your kobe beef cut. And you wouldn’t ask for mayonnaise to smear on your caramelised black cod. The sheer audacity we’ve conjured up for even typing the previous two sentences would make any fine diner turn so hard in their grave they’d never return. There are (spoken and unspoken) rules to eating and drinking out, and when we begin to talk about wine etiquette, they start to become really quite interesting.

Take red wine, for example. Tradition dictates that red wine is always served at room temperature. Nowhere in a classic bodega in Europe would you find red wine in an ice bucket, or, dare we even say it, red wine served over ice cubes in a wine glass. 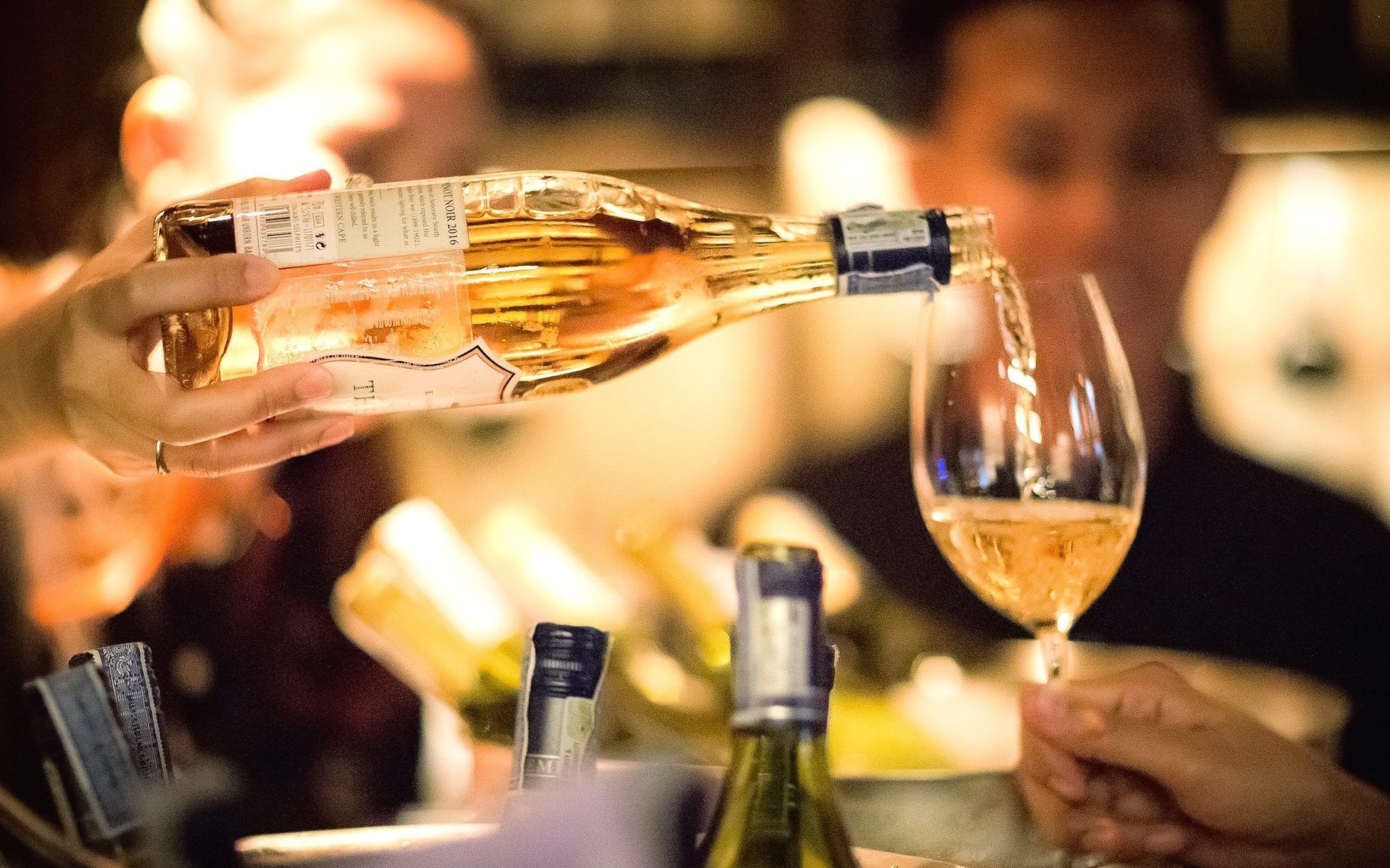 And yet, ice cubes in red wine is so much more complex than kobe and cod. Especially in Asia, where climates tend to be hot and humid, the custom of putting the odd cube into a wine glass isn’t a rare one. Moet & Chandon recently unveiled a champagne that was specifically designed to be sipped on ice, and a few years ago, even foodie bible Bon Apétit got in on the subject with a lightly passive aggressive article. To quote it: “IT’S JUST TOO DAMN HOT. AND YOUR A/C IS BROKE. AND YOU REALLY NEED A GLASS OF WINE. BUT IT’S TOO DAMN HOT. Throw some ice cubes in there. Not only do you want to, but you also have to. You’re already in survival mode, stripped down to your underwear, so this is no time to be concerned with shame.”

The slightly disturbing visual aside, the notion really got us thinking. Why is there shame associated with ice cubes in red wine? Is it justified? Is it a traditionalist view? Or a timely trend?

Wine lovers in heat, we reached out to our favourite industry insiders, and avid vino drinkers and downers alike to get the conversation going. Opening up the floor, we decided to settle the question once and for all: “is it acceptable to put ice cubes in red wine?” Scroll ahead for Bangkok’s ultimate low-down.

“It’s ok for red conventional wines as there is no life inside, so there is nothing to dilute.”

“Simply not for me, the cold delivered by the ice cubes will cause the wine to quickly lose its taste. In Thailand’s warm climate, it is perhaps better to chill red wines in an ice bucket, rather than putting the ice cubes directly into the glass. This is my perspective, at least.”

“As a wine importer who loves wines, I would say a big NO. But talking from experience in China many moons ago, I used to have consumers that were drinking red wines with Coke! My French wine supplier was really shocked, but after many thoughts, and after looking at the volumes ordered, he secretly confessed to me and said, “if the Chinese like it with Coke, I do not mind.” In some cases, I also understand that some wines have a high acidity, so to calm the tannin aftertaste, consumers add ice to it. Coming back to the subject, I understand that in our Asian climate and culture, consumers love cold drinks. Again, an ice bucket is probably more apt than ice in the glass, but then again if you look at the Spanish sangria, the controversial subject becomes even more interesting. All in all, my thoughts go back to the French supplier, who said, “if the consumer loves wine with Coke, why not?”

“No. Absolutely not. Red wine should be enjoyed at room temperature, or at an acceptable 15-16 degrees, especially in hot countries. In Italy I never even had red wine chilled. Some red wines simply don’t work with ice, because then the only thing you feel is the oak and alcohol, not the actual flavour.”

Niks Anuman-Rajadhon, Founder of Teens of Thailand, Asia Today, the Bangkok Bar Show, and everything else you love in the creative district

“Depends on how drunk you are, and how solid your norm is. We have put worse unacceptable stuff in wine before…”

“Nooo! For me, red wine is not supposed to be enjoyed cold unless it’s in a sangria. I think when you drink wine, texture is very important. I like to feel the thickness on my tongue, and ice would completely ruin that.”

“I’d say certainly not. Why water down a perfectly good glass? If you want it cold, chill it.”

“In Tuscany, we have a saying. It goes, “non far sapere al contadino quanto è buona l’acqua con il vino”, and means as much as “do not tell the farmer how good water in wine tastes”. It stems from the fact that often the local wines that local farmers make are quite strong, and for us at least, they taste a little better with a little water added to them. The saying acknowledges that you ‘shouldn’t’ put water or ice in wine, but hey, if it makes particular wines taste a little better, there’s no real harm in doing so, right?”

Lisa is the Creative Content Director at Lifestyle Asia Thailand. When she’s not knees-deep in SEO analysis or editorial calendars, you’ll likely find her in downward-facing dog at the yoga studio, or immersed in conversation at a secret bar in China town. Lisa writes mostly on dining, travel, and pop-culture, and is a huge fan of soup dumplings, Riesling, and power napping — in exactly that order.

Where to drink this Valentine’s Day, based on your relationship status

7 hidden bars in Bangkok that are actually hard to find

The very many health benefits of green tea

So we talked about legendary parties with ‘Note’ Pongsuang of Dudesweet