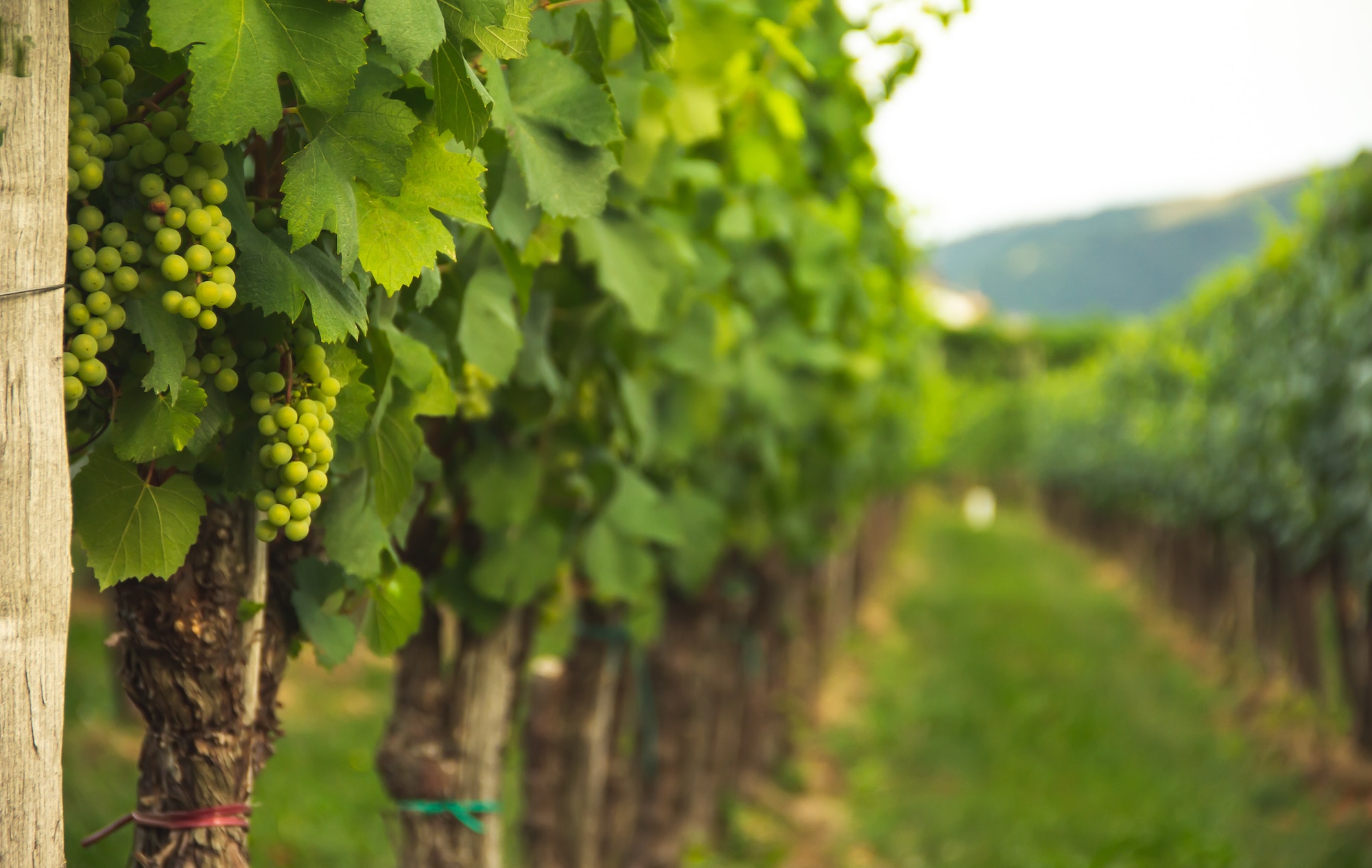 Does orange wine have orange in it?

Your first instinct may be to go by its name, and yes, it’s natural to assume that. Yet orange wine actually has nothing to do with oranges, nor is it a misnomer for rosé wine. It is its very own category, and is rising as a real trend around the globe.

From being enjoyed in ancient times, to being overshadowed in modern times, and now to being the coolest wine pairing in recent times, the trend of orange wine got us questioning what makes it so unique and unusual. The amber-like hue and it’s mischievous characteristics makes it quite a sneaky one from within the wine family.

We recently headed to Asok’s About Eatery to learn more about this golden grape juice. Wine lovers, read ahead for our ultimate guide on everything you need to know about orange wine.

What is orange wine made of?

So what exactly is orange wine? Orange wine is white wine made like a red wine, given that white grapes are macerated with skins to make it. The processes are similar: red wines are made of black grapes macerated with their skins on, whilst white wine is made of white grapes macerated without their skins. Orange wine kind of falls in the middle. The skins and seeds stay in contact with the juice during the process of fermentation for over a couple of months. This adds a golden-hued pigment to the juice, giving orange wine it’s gorgeous colour.

How does it taste?

Orange wine flaunts a strong fruitiness and mineralogy that makes it distinct from any other wine, in many ways sharing the combined characteristics of both red and white wines. It is also bold and robust in taste with a honeyed aroma and nuttiness — without actually being sweet. The skin of the grape adds a totally new flavour to this drink. Also, this means both red wine lovers and white wine lovers can enjoy a slice of tanginess.

How do you pair it with food?

Sip your orange wine with your krapao kai (chicken with basil) or indulge with an intense butter chicken curry — this persimmon-coloured wine blends in seamlessly with all spicy and strong flavoured cuisine due it’s slightly bitter taste.

Where did it originate?

Skin-contact wine and skin-macerated wine is one of the oldest recorded winemaking processes in the world, dating back to approximately 8000 years. Originating in Georgia, the mountainous European country has been producing wine for millennia using the ancient Qveri technique, which is still used in wine-making today. Wines are bottled straight from the qveri, and no additives or chemicals are added in the wine production. Despite having a long history, orange wine has recently made a comeback with a new organic trend that has been making great waves in Bangkok, too.

Old World wines are meant to be from countries or regions where winemaking first originated (including vitas vinifera grapes). This essentially refers to Europe. The old world is all about vintage wines that are grown in a cooler climate, have a lower level of alcohol, and their aging is longer. Some of the countries include France, Italy, Spain, Portugal, Greece, Australia, Germany, and Turkey.

New World wines are considered to be countries or regions where winemaking has been imported during or after the age of exploration, largely outside of Europe. The new world wine is made with technology under a warmer climate, with a higher content of alcohol with the extra fruitiness, giving it a shorter aging potential. Some of the countries from new world wine include the United States, Australia, Chile, Argentina, and even China, India, and Japan.

Natural wines primed in France during the 1980s, when the term ‘vin natural’ really came into being. This process involves natural fermentation with minimal intervention in its viticulture process. Independent wineries ensure that there are no enzymes, sugars, or oak chips added to its natural flavour. The time it spends in the cellar is also longer. You’ll often find natural orange wine in Fruili, Italy, and Slovenia.

Our advice? Try the first orange wine of Thailand from Kao Yai from GranMonte Asok Valley that will give you a taste of natural wine in Thailand. As for conventional wines, technology is used to adjust the level of sulphites and commercial yeasts to speed up the production.

When is the right temperature to make it and drink it?

According to Giulio Saverino, sommelier at About Eatery, the perfect temperature to produce wine is a hot day with a cold night to balance the sugar and acidic level of the wine. What this means for drinking? Sip it when it’s slightly warmer than a classic white wine, but cooler than a red. Orange wine is all about that fine balance between the two.

Why not get a taste of some of the most renowned orange wines? Bangkok’s first natural wine bar, About Eatery, is hosting Orange Wine Week from 18-24 November 2019. The first-ever Thai natural orange wine, 2019 GranMonte Elements Chenin Blance, was first popped open on 18th November, introducing all of us to a taste of local orange wine. Not just that; try over 30 orange wines by glass or bottle with specially-curated small plates as a pairing menu. You can also learn a thing or two from the sommelier himself, Giulio Saverino, who will be uncover everything you want to know about orange wine.

Wine Pairing where to drink in Bangkok drinking in bangkok drinks pairing Orange wine Orange wine week
Alisha Pawa
Writer
Alisha is a passionate dancer and is always creating her own choreographies. She is a fan of rom-com novels, a coffee-drinker who loves tea, and is always on-the-go for her midnight chocolate cravings. She hopes to tick-off her never-ending bucket list one day by hosting her own travel show.
Beauty Fashion Arts and Culture Travel

Drink this: the best cups to down this week (delivery edition)

5 cocktails that are under 200 calories