Will potato milk become the oat milk of 2022?

We know you love oat milk, but are you about to love potato milk even more?

Will we all be swapping our oat milk for potato milk in 2022? According to a report by the British retail giant Waitrose on the food trends heading to our plates next year, this culinary oddity has every chance of finding its way into our cappuccino cups.

The humble potato could be the next big thing in plant milk. But it takes more than just squeezing spuds to get the desired drink. In Sweden, a scientist at Lund University, north of Malmö, has developed a new recipe for a plant milk based on potato flesh, mixed with rapeseed oil, chicory fiber and pea protein. The question that immediately comes to mind is: why? Well, because using potatoes instead of almonds to make plant milk is more environmentally friendly. Potatoes require much less water and are some of the easiest vegetables to grow.

Last spring, Swedish brand Dug entered this new niche, hoping to conquer vegans and consumers allergic to cow’s milk proteins, among others. Crowned with a 2021 Food Innovation Award, the firm even thought of expanding its range to reach more people, with a sugar-free version and a “barista” version for preparing drinks like cappuccino (so the liquid doesn’t split once mixed, says the brand). 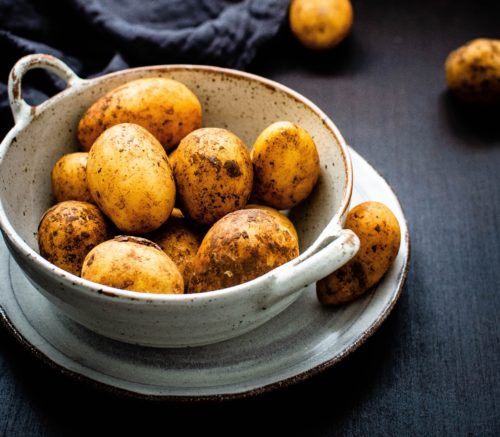 Potato milk is available in Sweden, China and the UK. In the UK, some seriously believe in the potential of this unusual foodstuff — so much so that potato milk is being tipped as trend of the year for 2022. Or so predicts a report recently published by British retail giant Waitrose. Indeed, potato milk is forecast to be as trendy as ready-made cocktail preparations, or the return of breakfast as the star meal of the day. That’s saying something.

On social networks, people are already starting to make their own potato milk. The vegan content creator Bianca – The Green Creator takes on the task by boiling previously peeled potatoes. The spuds are then mixed with almond powder, water, a little vanilla and sweetener. The potato milk can then be consumed after being filtered.

But the idea of using potatoes to make plant milk isn’t actually all that new. In Taiwan, people have been sipping bubble tea (tea with added tapioca pearls) made with taro milk for a long time. Taro is a root vegetable that’s widely used in Asian cooking. It’s frequently added to egg rolls, for example, to give substance. For this bubble tea recipe, taro cubes are cooked beforehand, in the same way as any potato (its texture when cooked is very similar). Then, the drink is prepared with black tea, cow’s milk (or any plant milk) and tapioca pearls.

Drinks Dining Vegan plant-based
You might also like ...
Food & Drink
Where to order plant-based milk in Bangkok

The difference between Mezcal and Tequila, and how to tell them apart

The history of the pumpkin spice latte (plus recipes to try)