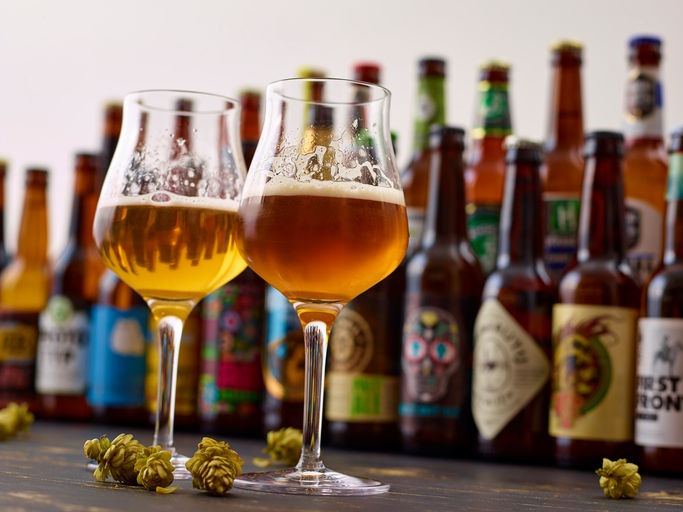 Good news, beer lovers: Bangkok’s craft beer scene is booming. Unlike mass-produced Singha and Chang, these handcrafted artisanal beers offer new flavours and sensations, from malty sweetness to bright herbal hops. Even better, an increasing number of local bars and pubs now specialise in them. Read all about our picks for Bangkok’s best craft beer bars, and get ready to expand your palate.

Hair of the Dog 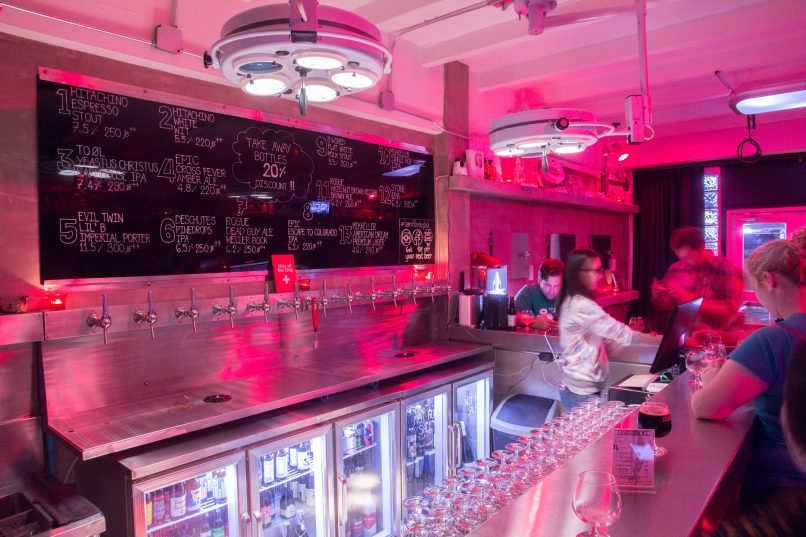 A collaborative effort between a couple of Canadian beer lovers, Hair of the Dog is an unusual craft beer taproom that boasts a theme that could be described as part-medical asylum and part-prison ward. Both locations in Bangkok — Phloen Chit and Phrom Phong — have 13 rotating taps and hundreds of handpicked bottles from the around the world, including the United States, New Zealand, Vietnam, Holland and Thailand. Hair of the Dog has also created an innovative mobile app to help you keep track of the craft beers you consume, as well as collect beer points to receive rewards. If beer and tapas is your thing, we highly recommend Brewski. Nestled on the 30th floor of Radisson Blu Plaza, it’s Bangkok’s highest craft beer rooftop bar. Over at the beer counter, they’ve got 12 international craft beers on tap plus a collection of bottles, from New Zealand and the United States to Thailand and Japan. The selection includes Dead Guy Ale from Rogue in Oregon, Wild Turkey Bourbon Stout from California and Hitachino Nest Beer from Ibaraki. They’ve also got some interesting beer-infused tapas to snack on, such as IPA pate and beer ceviche. 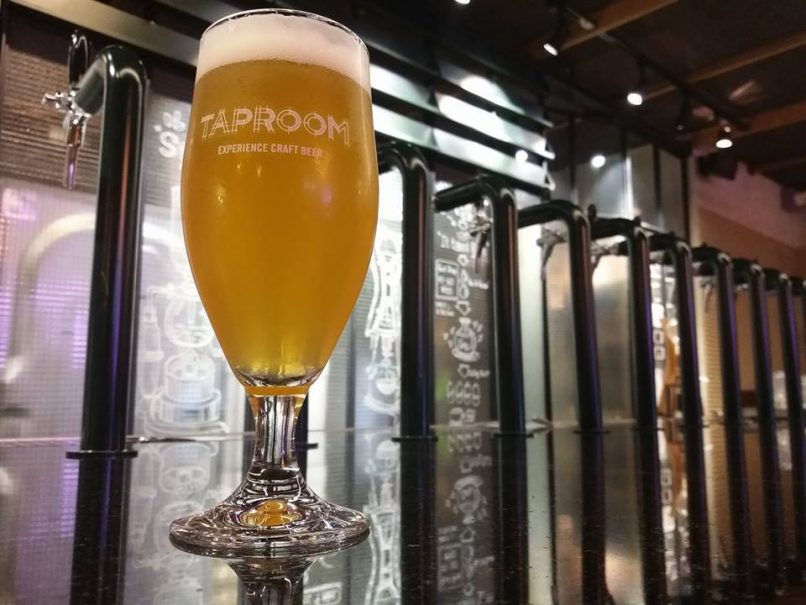 Down on Sukhumvit in the Phrom Phong district, Taproom x 26 offers 26 rotating taps of craft beer from around the globe. From Wabi-sabi spiced beer from Japan to Brewdog’s Hop Fiction pale ale, the selection changes on a regular basis. The taproom can get pretty lively and energetic, starting at 8pm with live music performances that generally take place from Wednesday to Saturday. Interconnected with Casa Lapin, Taproom x 26 lets you order a wide range of Thai and international cuisines. We recommend you head here with friends after dinner to get your night out started. 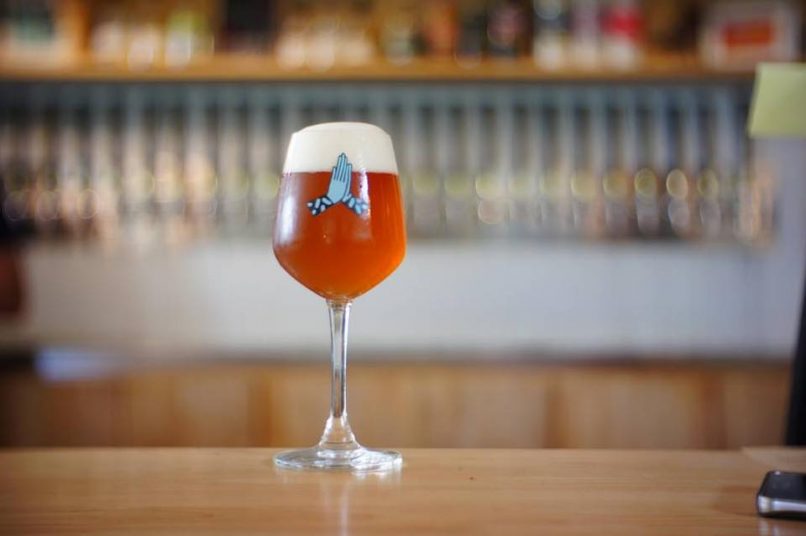 In the heart of Ekkamai, you’ll find Mikkeller Bar, which originated in Copenhagen. Mikkel Borg Bjergsø, the man behind Mikkeller microbrewery, has been experimenting with tastes, textures and techniques in the art of craft beer brewing since 2006. The bar not only offers a wide range of internationally acclaimed selections from Mikkeller, but also 30 taps of the finest beers from around the world. Mikkeller Bar offers delectable bar snacks and small bites for beer pairing;  keep an eye out for their regular barbecue nights, fun lawn parties held outside of the taproom. 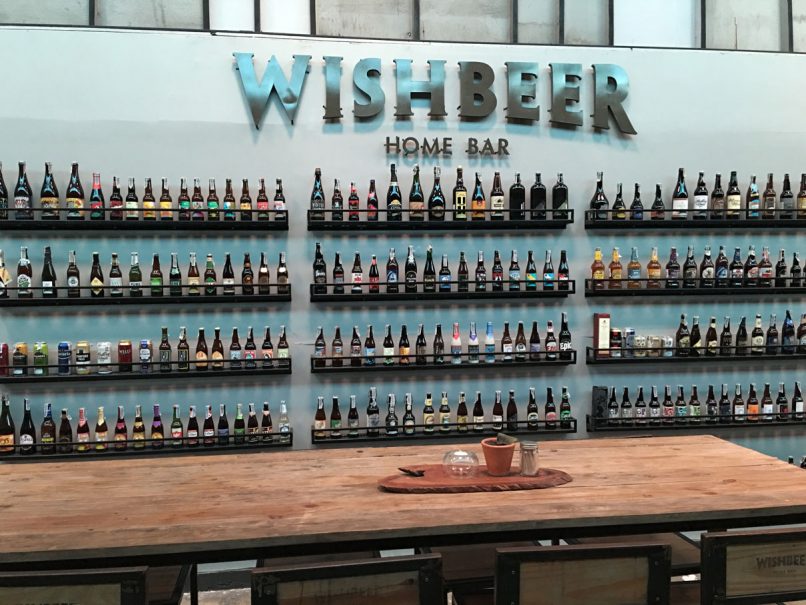 We love Wishbeer Home Bar for its large online store just as much as we love the chilled taproom on Sukhumvit 67. Here, you can enjoy casual sips and comfort food around cream-coloured, round heartwood tables.  Typically, the taproom has 25 beers on tap, and plenty of bottles for you to choose from. (For your convenience, they’ve got a dedicated tab on their Facebook page for you to check what’s currently on tap.) The selection currently includes Epic Escape to Colorado IPA from the United States, Tripel Karmeliet from Belgium and Tuatara Weiz Guy from New Zealand.

What is the difference between whiskey and whisky?