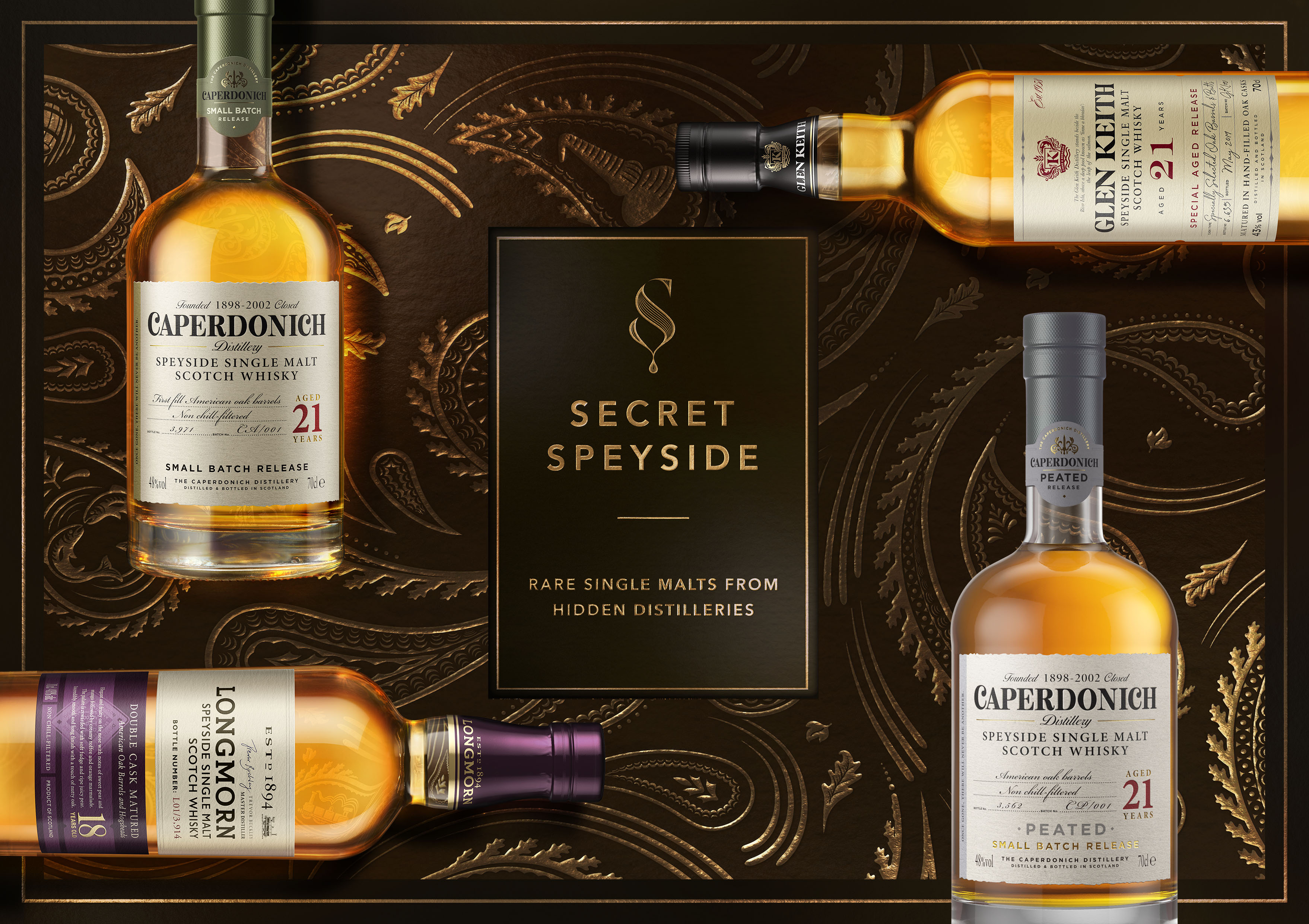 Secret Speyside single malts have arrived in Bangkok, and here’s why you should care

Food & Drink
Secret Speyside single malts have arrived in Bangkok, and here’s why you should care
Share this article
Next article

Making its way across the seven (okay, a bit less than seven) seas to Bangkok for all single malt lovers to admire, Pernot Ricard’s best-kept secret has finally arrived in the Thai capital. Lo and behold: the Secret Speyside collection.

Composed of whiskies that have aged to between 18 and 30 years old, it is the largest ever released single malt collection presented by Chivas, hailing from a number of secret and hidden distilleries, which, up until recently, were relatively uncovered.

The seldom-seen collection is made up of three single malts each from Glen Keith, Longmorn, and the Braes of Glenlivet, as well as three both peated and unpeated varietals from Caperdonich. The latter distilled its final single malt all the way back in 2002, and has since actually completely closed its doors.

Named after the river Spey, we dug a little deeper to discover the secrets and hidden histories behind the Secret Speyside collection. Get to know each of the single malts below, and get sipping this summer.

The Caperdonich bears perhaps the most interesting origin, stemming from a now lost distillery. ‘Once gone, there will never be another’, Secret Speyside contains the only available single malts from the Caperdonich distillery, which was completely shut down in 2011.

The rare whiskies now released from the ‘vanished distillery’ come both in an unpeated and peated range. The former boasts rich orchard fruit notes, whilst the latter has a more smoky and complex character. The line also offers a special opportunity to actually taste and compare peated and unpeated expressions of the same age and from the same distillery, with the Caperdonich 21 and 25 years old. A must-experience from single malt lovers.

The Longmorn comes from a highly revered distillery, and in the Secret Speyside collection features as a remarkable release. Longmorn was designed by founder John Duff in 1894, with a special railway station built next to the distillery to facilitate supply and distribution. Longmorn has long since been considered part of a world class league in insider circles, with some even referring to it as “every distiller’s favourite apart from their own.”

The flavour profile here delivers creamy notes of toffee in the 18 year old, over to chocolate orange in the 23 year old, and cinnamon and mandarin orange in the 25 year old. Longmorn is characterised by an exceptional smoothness, too.

Glen Keith is the first official aged release within this century, as it is the first Speyside distillery to be built in the 20th century. It’s a charming tale, as the distillery actually arose from the ruins of an old country-side mill. The area was known for its pure water and wild salmon, and to this day, Glen Keith is a proud member and landmark of the collection.

Bestowed an extra ‘copper kiss’, the malt bursts with a fruity summer personality. Tall copper stills impart these distinctively Speyside flavours, with notes of peach in the 21 year old, spiced marmalade in the 25 year old, and apricot in the 28 year old.

The Secret Speyside collection is available at Airport Duty Free this July onwards.

Drinks Whisky Single Malt Secret Speyside Pernot Ricard
Lisa Gries
Creative Content Director, Bangkok
Lisa loves to travel, and is always on the lookout for the world’s best nap spots. She’s a serious Asian art history nerd, and has a knack for languages and coffee table books. She hopes to publish her own novels one day, one of which will likely be called ‘All The Great Conversations I Had In A Bangkok Speakeasy.’ It’s a work in progress.
Travel Drinks Dining Watches

Cut the caffeine: 5 alternatives to coffee you need to try out