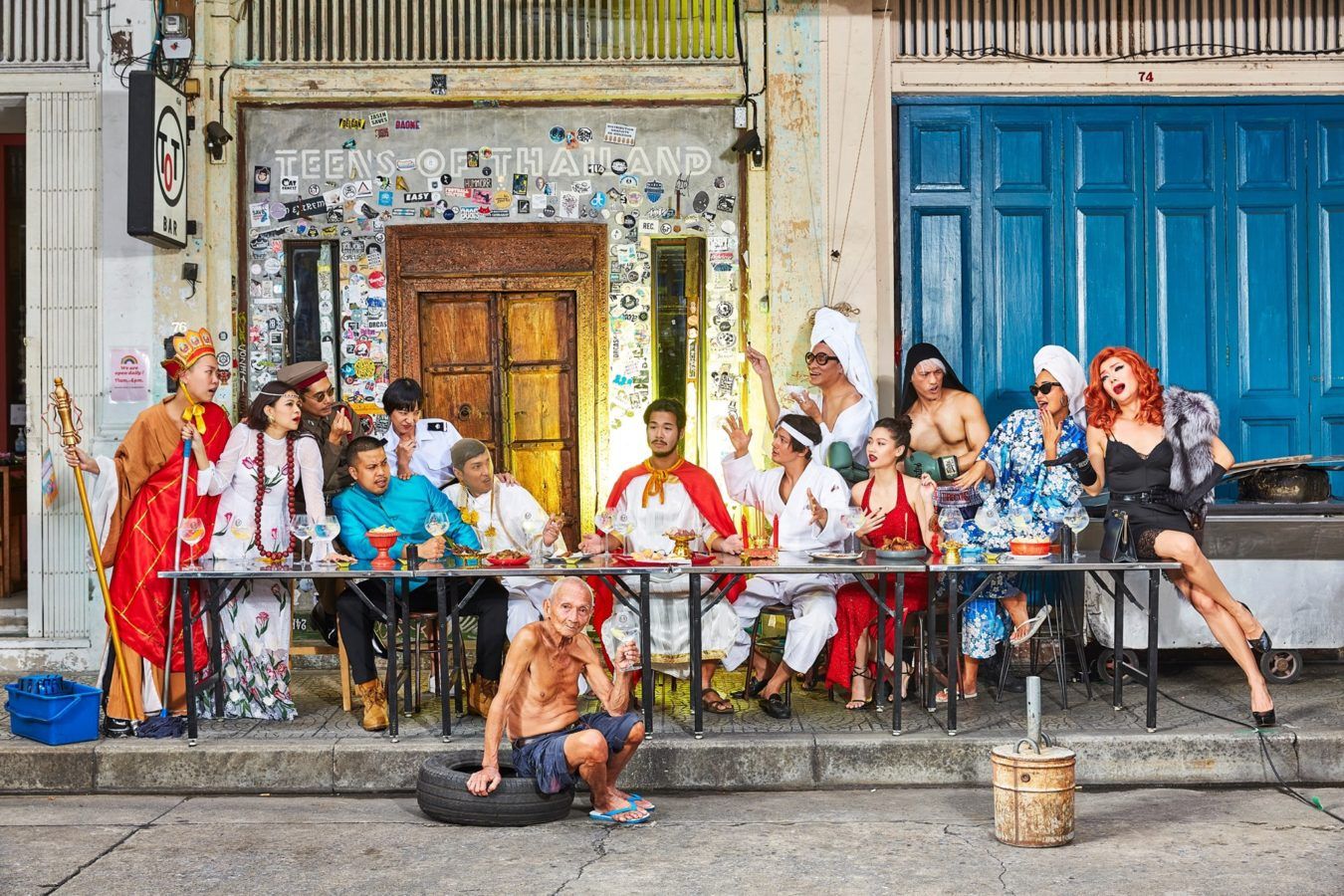 Food & Drink
Amidst alcohol bans and closures, Teens of Thailand turns to selling durian
Share this article
Next article

That’s the news. There’s no catch. As tongue-in-cheek as they are known to be (and after an Instagram post that raised many eyebrows), it has been confirmed that Teens of Thailand will be selling real, ripe, raunchy “teens of durian.”

From drinks to dimsum to durian

Following their short stint as an impromptu dimsum and cold brew coffee store during the last enforced bar closure and alcohol ban, it shouldn’t really come as a surprise. Master minds and master maniacs Niks Anuman-Rajadhon and Gunn Leelhasuwan have long been known for pulling legs and heart strings with their unexpected projects.

Quirks and irks aside, however, the sudden shift to the durian business comes from and with a deeper purpose. The hospitality industry is struggling — as any industry insider will tell you — and with the third wave, many have lost all hope. Few places to run, selling durian is intended as a way for Teens to raise some capital to support their team during this time, and keep its fans highly entertained.

Nevertheless, don’t expect the quality of the fruit to be compromised in any way. Working together with a well-respected durian plantation called the Chamnarn Yuvaboon Garden in Rayong, no bartenders were harmed in the making of this project. Chamnarn Yuvaboon Garden is a family business that has been around for three generations, with each of their durian trees aged over 50 years old. They grow the Chanee species at their plantation, which is loved for its rich aroma. Spoken like a true bar, Teens of Thailand are describing it to resemble “a high end whisky brand.”

How to get your hands on some

As of now, Teens of Thailand is selling their durian at THB 1280/kilogram for durian meat only. They’re cutting and prepping it for every customer, ensuring all you really have to do is dive in and devour. They can be purchased via the group’s Line account at: @yologroup.

And if you don’t like durian? You can still contribute to the cause by donating to the bar’s donation page.

Drinks Bars Dining Durian Teens of Thailand
You might also like ...
Food & Drink
How 5 Bangkok bars are reinventing themselves right now (cafes, dimsum, and more)
Food & Drink
The Bamboo Bar ranks 35th on the World’s 50 Best Bars List 2020
Living
Durian fruit could soon charge electric cars: welcome to 2021
Food & Drink
Thirsty Thursday: how to pair Thai snacks with your favourite boozy drinks
Lisa Gries
Creative Content Director, Bangkok
Lisa loves to travel, and is always on the lookout for the world’s best nap spots. She’s a serious Asian art history nerd, and has a knack for languages and coffee table books. She hopes to publish her own novels one day, one of which will likely be called ‘All The Great Conversations I Had In A Bangkok Speakeasy.’ It’s a work in progress.
Travel Drinks Dining Watches
Sign up for our newsletters to have the latest stories delivered straight to your inbox every week.

8 unique twists on the Negroni you can find in Bangkok