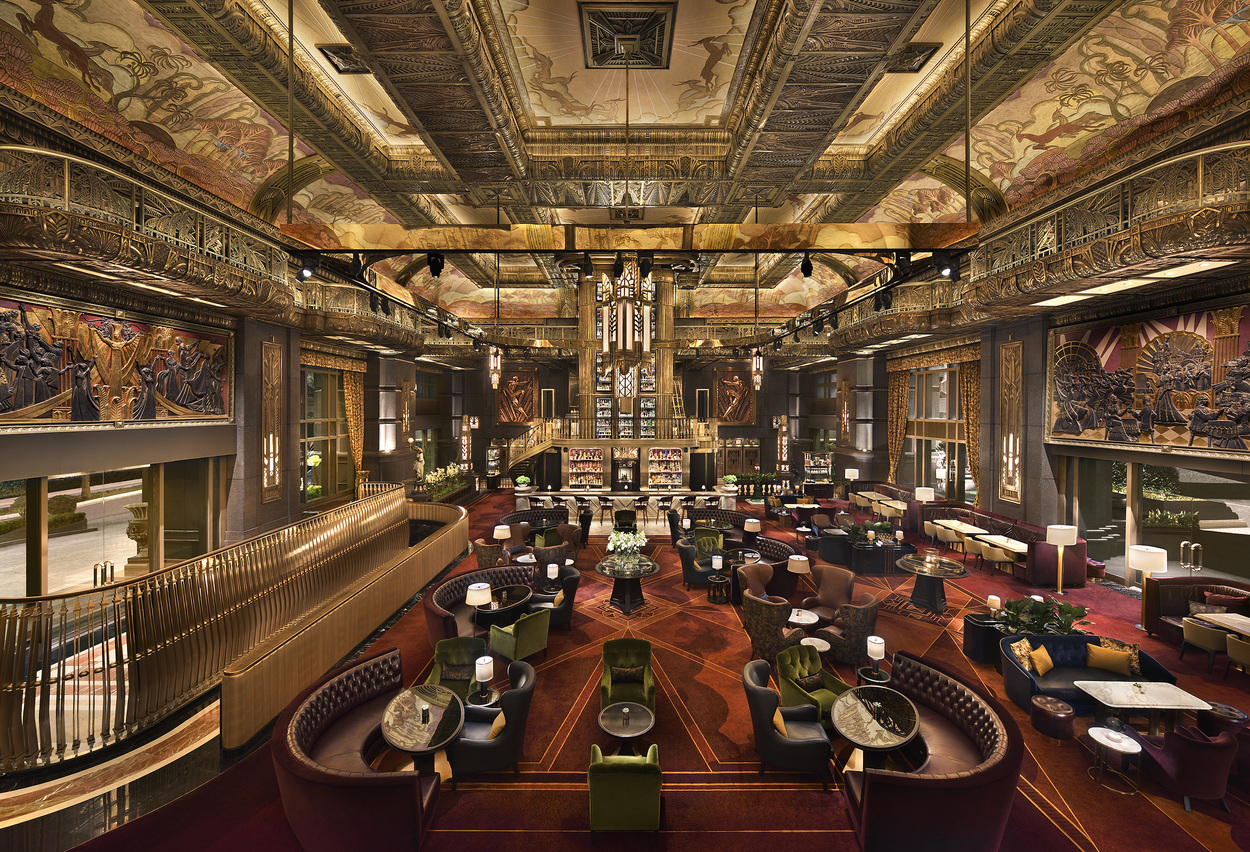 You’ll have to book a trip to the UK if you want to order a drink at the world’s new #1 bar: American Bar at The Savoy Hotel. That’s according to The World’s 50 Best Bars 2017, which were announced in a ceremony last night at London’s Southwark Cathedral. This year’s list is once again dominated by London (eight bars) and New York (seven bars); the other major player is Singapore, which pulled off an impressive feat by doubling its presence on the list — three bars last year, six this year — in just 12 months. Similar to last year, New York and London occupy most of the top 10 spots, with The Clumsies in Athens and Singapore’s Manhattan ranked as #6 and #7, respectively, the latter claiming the title of Best Bar in Asia once again.

This year’s ranking includes bars from 24 cities in 19 countries, and boasts a total of 7 new entries and 4 re-entries. The US remains king of the list, with a total of 13 bars ranked in the top 50; aside from the seven in New York, bars in Miami, San Francisco, and Chicago were also honoured. At the continent level, Europe remains the international epicentre for cocktails, with 19 bars included within the ranking.

While any placement on the list is an honour, there are always some winners and losers, relatively speaking. One big winner is Atlas in Singapore, which ranks #15 in its first appearance on the list. Impossibly glamorous, Atlas is renowned for its selection of over 1,000 gins and 250 Champagnes displayed in its iconic towering gilded bar. Last year’s #1 bar, The Dead Rabbit Grocery and Grog, fell to #5, proving that the competition is as stiff as ever. Dante, one of our favourite bars in New York, rightfully rose from #34 to #16, while The Gibson in London dropped from #6 to #21. In Hong Kong, Lobster Bar dropped from #27 to #49, but we’re happy to see that Quinary moved up a spot from #41 to #4o, making it the top-ranked bar in the SAR.

Returning for its ninth year, The World’s 50 Best Bars Awards is considered to be the most influential and respected global survey of its kind. The awards are the result of a worldwide industry survey produced by William Reed Business Media, the leading magazine for the global hospitality industry. The ranking is created by the votes of an Academy of over 500 members from 55 countries; the strongest, most diverse collection of industry experts ever assembled to express their view on the best bars in the world.

Here’s the full list of winners, with bars in Asia denoted with boldface:

Want to discover even more great bars around the world? Check out the 51–100 List 2017, unveiled earlier this year.

Drink Bars drinking World's 50 Best Bars world's 50 best Asia's 50 Best Bars 2017 World's 50 Best Bars 2017 American Bar The Savoy Hotel
Michael Alan Connelly
Head of Digital Content
A Chicagoan by birth and a New Yorker by habit, Michael has more than a decade of experience in digital publishing at leading titles in the U.S. and Asia. When he's not checking out Hong Kong's newest restaurants and bars or jet setting around the globe, you'll find him hanging out with his dog Buster and enjoying an Aperol Spritz.
Travel Hotels Restaurants Cocktails Culture Italy Art Music Cheese

Drink this: the best cups to down this week (delivery edition)

5 cocktails that are under 200 calories