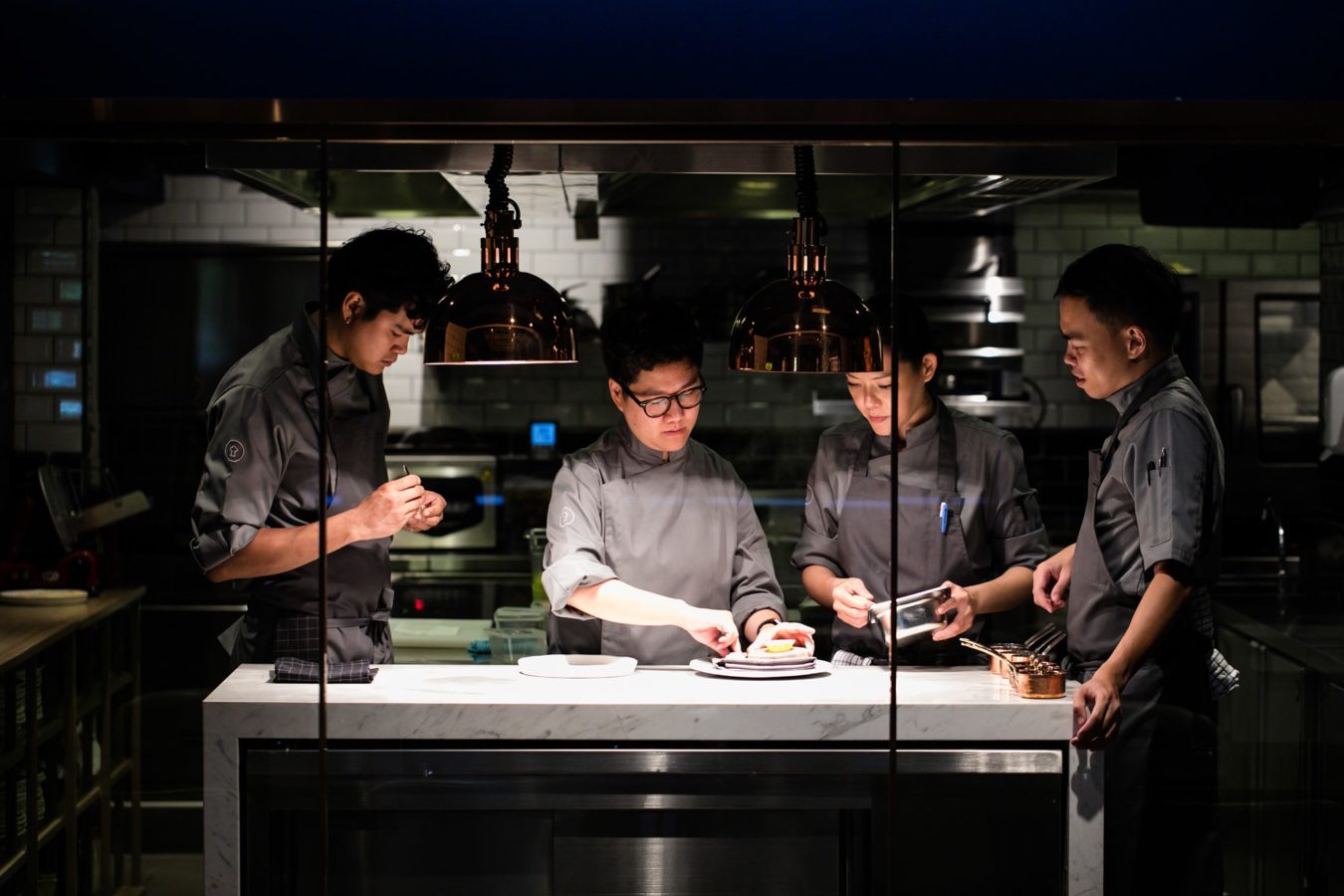 Thirsty Thursday: cloudy sake with a chance of otoro

Food & Drink
Thirsty Thursday: cloudy sake with a chance of otoro
Share this article
Next article

Beyond gin and mezcal, there’s another alcoholic beverage that is really on the rise as of late, and it’s one that we’ve always had a soft spot for: sake.

Made from rice and consumed largely at Japanese restaurants, sake is seducing the tastebuds of more than just Asian food aficionados, as even France has begun looking into producing the Japanese spirit. It is fitting, as we slide into 2020 and look to consuming lower ABV beverages (another rising trend, did you know?), and it is interesting, given that Japanese sake and French cuisine actually pair very well.

A clear (but also cloudy) case in point: sake paired with otoro tuna and caviar at the newly-opened Restaurant Stage.

Located on a quiet alley off of Ekkamai Road, Stage provides much to love for those seeking a quintessentially Central European dining experience. Intimate and warm, you can watch Chef Jay Sangsingkaew and her talented team (all ex-L’Atelier de Joel Robuchon) in the open kitchen, to a soundtrack of jazzy French songs, accompanied by contemporary French-inspired and Asian-influenced dishes.

But back to the sake.

On a recent visit to Stage amidst the festive splendour, we treated ourselves to the Stage Experience tasting menu (THB 3900 + THB 1900 for wine pairing), with one Japanese highlight. Featuring two precious gems on the same plate, we were served the soft otoro (the under-belly part of tuna) with caviar, cured butter milk infused chamomile, and black sesame paste. Smoky and well-rounded, the thinly-sliced tuna pieces were paired beautifully by restaurant manager and sommelier Louis Pronritt with the BORN First Snow Nigori Nama-Genshu (THB 500/glass and THB 3000/bottle).

The blue bottle looks unassuming, as many sake bottles do, but the flavours are a thing of delicate beauty. We love the idea of the beverage being a ‘first snow’ beverage, despite the fact that Bangkok seems to be less under snow clouds and more under smog clouds. The sake is a nigori sake — or nigorizake — which refers to its untypical cloudy appearance. Nigori sakes are known for being on the sweeter side, with fruity notes, and not so strong flavours with a low ABV. It is a wine, after all.

The glass of BORN First Snow Nigori Nama-Genshu tasted lightly creamy and smooth, like a soothing bit of winter indulgence. Were we mentally teleported to a snowy January landscape in Japan? We think so.

As it turns out, this Thursday, even cloudy can trump sunny. See you at Stage.

Drinks Sake Thirsty Thursday Restaurant Stage
You might also like ...
Food & Drink
Thirsty Thursday: a kick for your inevitable mid-January slump
Culture
Lifestyle Asia Playlist November 2019: JUA
Food & Drink
France is making its own sake in French wine-growing regions now
Travel
How to exquisitely pair sake and haute cuisine, according to Taipei’s KOR Social
Lisa Gries
Creative Content Director, Bangkok
Lisa loves to travel, and is always on the lookout for the world’s best nap spots. She’s a serious Asian art history nerd, and has a knack for languages and coffee table books. She hopes to publish her own novels one day, one of which will likely be called ‘All The Great Conversations I Had In A Bangkok Speakeasy.’ It’s a work in progress.
Travel Drinks Dining Watches