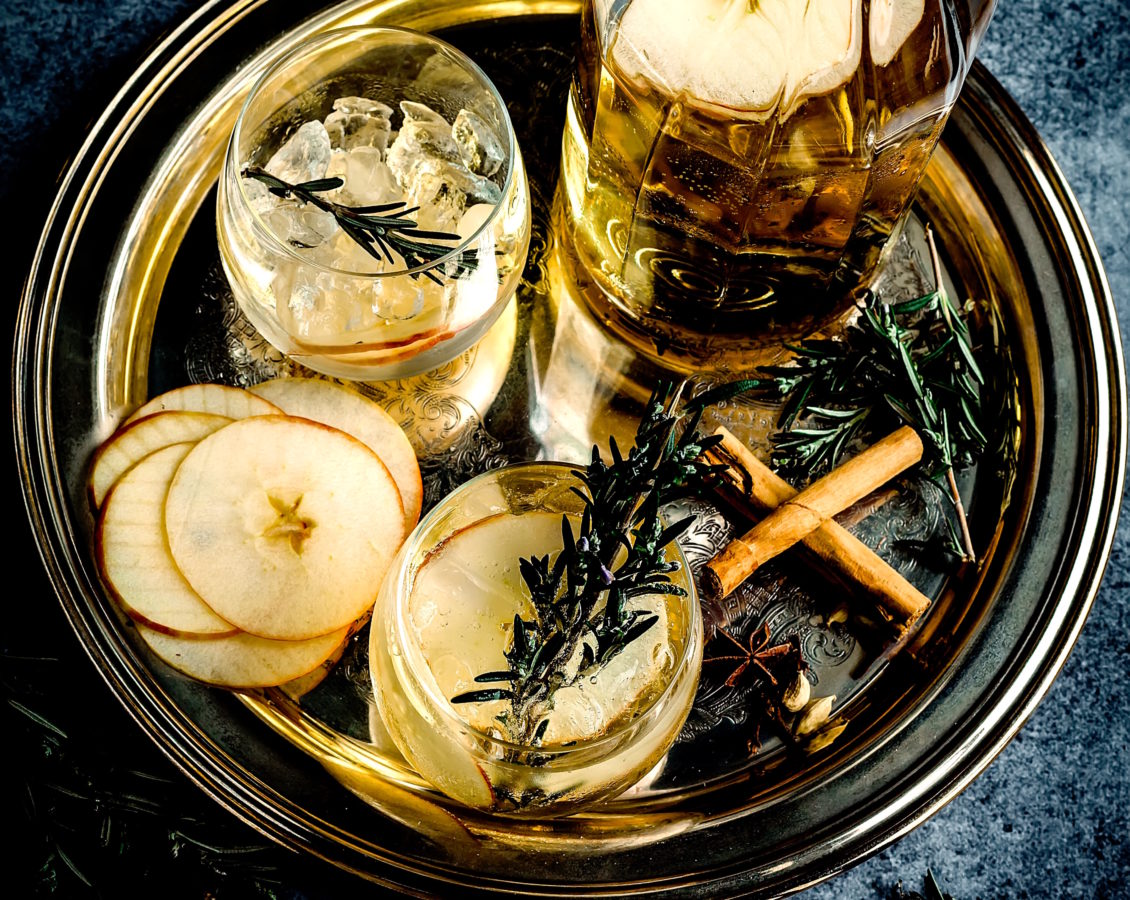 Don’t like mulled wine? No problem. Here are five festive drinks that you can consume warm as well. The last one may surprise you.

A nice cool foam on a beer, whisky on ice, vodka on the rocks… There are a slew of options when it comes to consuming a chilled or even icy alcoholic beverage. However when the temperature outside drops, nothing beats sipping a warm beverage during the aperitif hour, even here in Bangkok. But what do you do if you don’t enjoy drinking hot wine? Here are five unexpected warm festive drinks to try.

Less expected than wine, cider can also be served warm. One recipe consists of flavouring the tasty apple-derived beverage with orange slices, cinnamon, star anise, cloves or nutmeg. Culinary stylist Claire from the blog Caillebot adds a twist that is sure to convince even skeptics to try cider at aperitif hours. After heating up a litre of cider with fresh ginger, apple and cinnamon, the author adds an unexpected accent to her preparation by pouring in a tablespoon of… rum.

Japan’s famous rice alcohol is consumed at various temperatures. In fact, drinking hot sake is a tradition in the Land of the Rising Sun that dates back to before the 12th century. There’s even a special term for drinking saké hot: kanzake. Purists will advise you not to heat the Japanese beverage in the microwave, but rather in a tokkuri or saké bottle and then in a double boiler to get as close as possible to the traditional method. Using a kitchen thermometer is recommended for obtaining the desired temperature. The Japanese have actually established a heating chart and each level or temperature range corresponds to a different taste experience. At 30°C, it is a “hinata-kan” warm saké, which subtly enhances the aromas, because the temperature is close to our body temperature. At 45°C, the sake is termed “jyou-kan” and the aromas intensify. At the end of this scale, sake heated to 55°C is called tobikiri-kan. At this level, the sake becomes very dry and flavours are increased tenfold. It’s important not to over-indulge in hot sake, as some anecdotal reports suggest that warm alcohol can be absorbed by the body faster.

Purists will likely be scandalised at the idea of heating their beloved foam! And yet, it is indeed a Polish tradition that even has a name: Grzaniec, specifically grzane piwo. The wintertime tradition involves warming up with a recipe that contains lager combined with brown sugar, egg yolks and quintessential winter spices of cinnamon, ginger and cloves. And don’t forget to serve it in a glass with a slice of orange.

Are you tired of mulled wine? Look to Crete for fresh inspiration. The sunny destination is not only known for warming you up in the summertime. On the Greek island which, according to legend, is a birthplace of the gods, it is customary to use the local alcohol — raki (also called tsikoudia), an eau-de-vie made from grape pomace (used for making wine) that is fermented before distillation, to infuse honey, cloves and cinnamon. Then you have rakomelo. Traditionally, this recipe is prepared using a briki, the Greek coffee pot. Ready-made formulas are also available in Greek grocery stores to be served as an aperitif or at the end of a meal.

Generally, champagne is served at a temperature between 8°C and 10°C. Any colder and flavors are squashed, making it difficult to perceive the aromatic subtleties of the prestigious beverage. However, a study published in 2014 flouted champagne tradition by indicating that at 18°C, champagne remained sparkling for longer. Of course, we’re not talking about hot champagne here, but at this level of heat we are far from the chilled coupe. And the analysis was serious, coming from the University of Reims Champagne-Ardennes. While we don’t advise putting champagne in the microwave, be aware that some of the most precious champagnes, such as certain vintage wines and those which benefited from a long ageing time in cellar, deliver their flavours better at a temperature between 10°C and 14°C.

Drinks Wine Champagne Sake Cider
You might also like ...
Culture
What to do in Bangkok: 1-15 December 2021
Living
New Christmas movies to watch on Netflix this December 2021
Food & Drink
Where to find the prettiest festive cakes in Bangkok
Food & Drink
What to drink in the morning for weight loss
Lifestyle Asia
Here's where you can read the latest news and stories from Lifestyle Asia and our sister titles PrestigeOnline and Augustman, curated from all of our editions in Hong Kong, Singapore, Kuala Lumpur, Bangkok and India.
Luxury