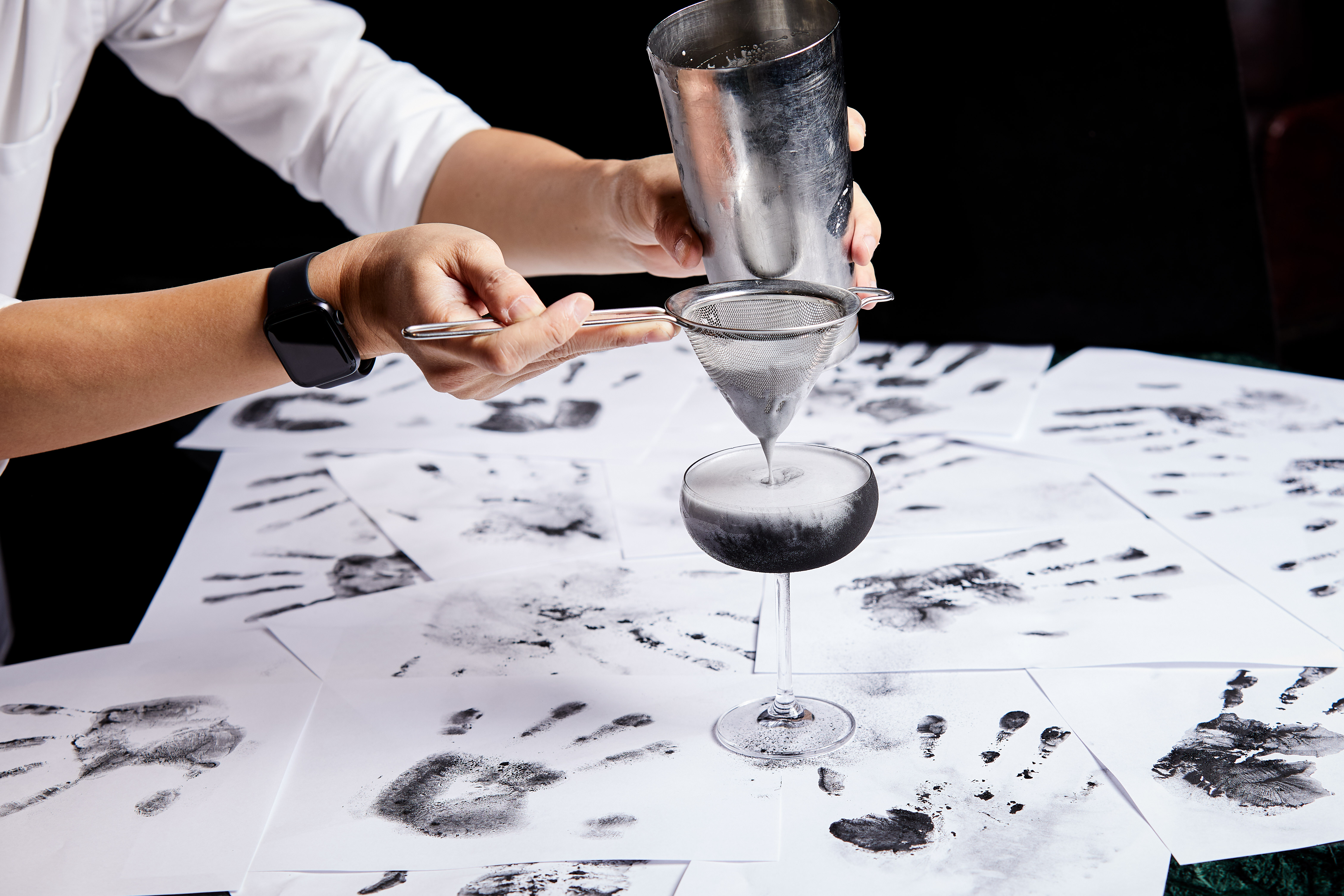 Where to drink in Bangkok this December 2019

We’re drinking something spirit-forward on ice, served in a whisky glass. It’s smoky in the room. There’s a sultry tune in the background. We’re taking a pensive sip. Are you picturing it?

Now picture the following. The heavy, crystal glass drops to the hardwood floor and it shatters, as we come to one jaw-dropping and awe-topping realisation: we have reached the end of the year — nay, the decade — and we can hardly believe it.

Food & Drink
Where to drink in Bangkok this November 2019

We can hardly believe the number of incredible drinks we’ve had this year, and the number of incredible bars that have opened, managed to stay open, and continue to be free-spirited, fun, and open. And whilst our low-down on the best bars of 2019 is soon to follow, December too is packed with new and exciting venues and menus to check out. Sebastian de la Cruz and Philip Stefanescu seem to be two of the busiest men in Bangkok this month, Tamaryn Cooper proves she is a real (and young) one to watch as she represents Thailand at the Campari Bartender Competition, and Vesper celebrates the end of an era, really, as it waves goodbye to the Art Book for good. It is the most festive month of the year. Here are all the places to sip, drink, and clink at, and raise a toast to 2019 in style.

Granted, we don’t know much just yet, but we wanted to report this one hot off the press much like getting off the dance floor after a night out at Tropic City. In case the connection between the two isn’t too obvious: Tropic City’s Sebastian de la Cruz and Philip Stefanescu have joined forces with Turk Sa-Nguankun of Sugarray You’ve Just Been Poisoned, Q&A, Thaipioka, Sugarray Apartment, and Alone Together, to bring us KONKORD. We’re guessing this is also why the name sounds slightly Swedish and incredibly futuristic.

The venue conceptualised by the craft cocktail pioneers will put equal focus on both cocktails and music, looking to showcase a new and unpretentious cocktail menu. Whilst the front bar seems to be more like a bistro cafe serving classic cocktails and light bites, the bar deeper inside features more of a modern retro aesthetic and brutalist design. Featuring an eclectic and unique mix of music genres and an “intimate club feel”, the bar will unveil a soft opening this month and a grand opening next month. Consider us deeply entranced and readily seduced.

It isn’t all too often that we’re quite so wooed by the name of a bar. But this one has a great story. BYT is short for ‘Bright Young Things’, as you’ll be able to tell by the red neon sign by the bar. Yet whilst Bangkok is having a bit of a love affair with bright neon signs and you may too think you’re a bright young thing, the meaning of the name actually goes a little deeper. BYT stems from the nickname of a group of young Bohemian socialites in 1920s London. Looking to move past the trauma of World War I, they were dedicated to living life to the fullest, dressing up flamboyantly and throwing wild parties. If the 1920s ring another bell along that tangent, it is also very apt: Prohibition was going on in the US too, where the serving of alcohol was banned, causing many young ‘rebels’ and bartenders to come to Europe. Thus was born the golden age of cocktails in many a way.

Cut to the present day and BYT follows on in this spirit, opening in what is arguably one of the quietly coolest neighbourhoods in Bangkok (sorry, Sukhumvit): Sathorn. The menu spans everything from a rum-based ‘Mary Pickford’ to a stronger tequila and vermouth-based ‘Istanbul’. Paired with European cold cuts and bar bites, it’s a great place to enjoy a Grand Tour in a great ‘hood.

Tropic City turns up the rum with their Volume 3 cocktail menu unveil. The award-winning bar hasn’t revealed much about their new menu, but if their previous renditions are any clue at all, we can expect plenty of exciting cocktails. Beyond the fresh list, the Charoenkrung hotspot is also revealing a new initiative with public rum tastings being held each month. You can soon also order smaller-scale rum flights at the bar, as it looks like Tropic City is really taking off into 2020 with a stronger and spirited focus on rum. We ship it.

We’re not going to lie. We had a bit of a hard time accepting the news that the Art Book would see its final serving at the end of last month. But as we turn a new leaf and gear up for 2020 and look forward to the bold and beautiful (and boozy) embrace of a new decade, there really is no time like the present to launch a new cocktail concept. And here’s one we’re actually extremely excited for, from a team we’ll happily toast to the past 2010s with.

Vesper has unveiled ‘Contrast’ this December, continuing on with bar manager and industry frontliner Supawit ‘Palm’ Muttarattana and Foodie Collection founder and Vesper owner Choti Leenutaphong’s love and skill for conceptual cocktails. Contrast brings together two things that appear to be opposed to one another, and synthesises them to create a unique proposition. Whether it’s the moon versus the sun or the republican versus the democrat (it gets juicy!), it’s interesting how these translate into a drink. There’s only really one way to find out — from a gin-based ‘Dirty & Clean’ (THB 440) to a spicy ‘Thai-Tai’ (THB 440), you know what to do, and you know where to find us. To new beginnings!

Drinks Bangkok Vesper where to drink Bangkok bars Tropic City foodie collection Khum Hom Mövenpick BDMS Wellness Resort
Lisa Gries
Creative Content Director, Bangkok
Lisa loves to travel, and is always on the lookout for the world’s best nap spots. She’s a serious Asian art history nerd, and has a knack for languages and coffee table books. She hopes to publish her own novels one day, one of which will likely be called ‘All The Great Conversations I Had In A Bangkok Speakeasy.’ It’s a work in progress.
Travel Drinks Dining Watches

Why you should replace your cappuccino with a camelccino