Home > Food & Drink > Drinks > Where to drink in Bangkok this November 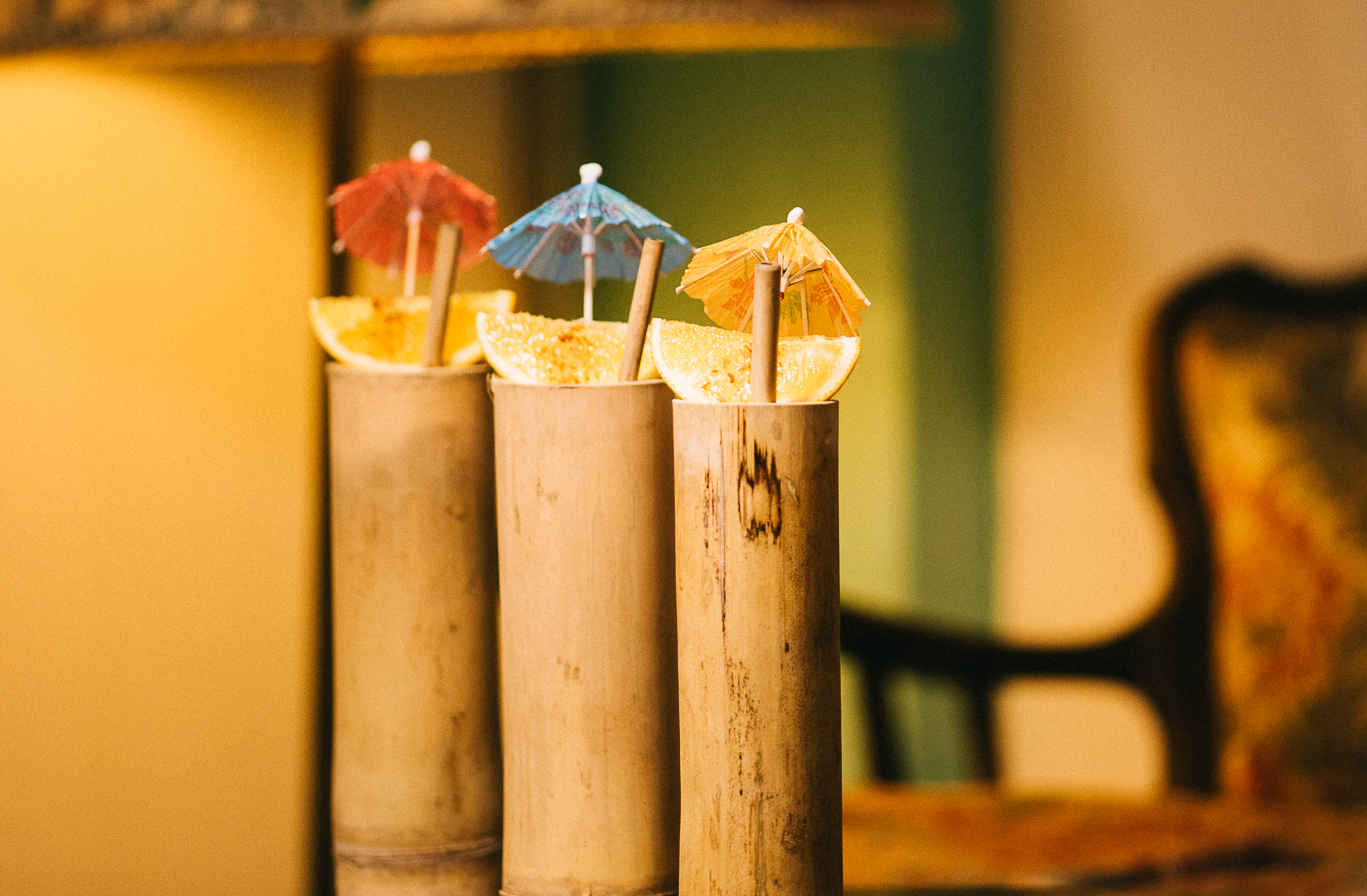 Where to drink in Bangkok this November

One of the many things we love about Bangkok is that the city is never lacking in new speakeasies and trendy bars to check out. Whether you’re looking to enjoy 1950s-inspired cocktails at a secret hipster bar, or whizz to the tropics with the new cocktails at one of Bangkok’s favourites, here are all the new spots you need to sip, toast, and clink at this month. Think ‘hipster’ and really only one Bangkok neighbourhood comes to mind: Ari. Embracing man buns and mason jars in full hipster culture glory, Ari’s boutique JOSH hotel has recently opened a trendy new bar. Known as The KEY, the snazzy watering hole sits behind a giant red door, and can only be accessed by those who receive a special key at the reception (hence, The KEY). Playful gimmicks aside, guests to the 1920s-style venue can enjoy an array of signature cocktails by the marble bar, each of which have been inspired by the hotel’s eponymous Mr. Josh’s travels around the world. We love the Marilyn 1950s (THB 380), made with vodka, Malibu, lime juice, honey and cinnamon, grapefruit bitters, and smoked cinnamon; or the Sazerac (THB 420), made with Bulleit Rye whiskey, Hennessy VS, Angostura bitters, Peychaud’s bitters, and one punchy spritz of absinthe. A hip spot for catching up with friends on velvet armchairs, it’s a cosy location for people who enjoy story-telling cocktails in the company of swing jazz, funk, and some very photogenic surroundings. 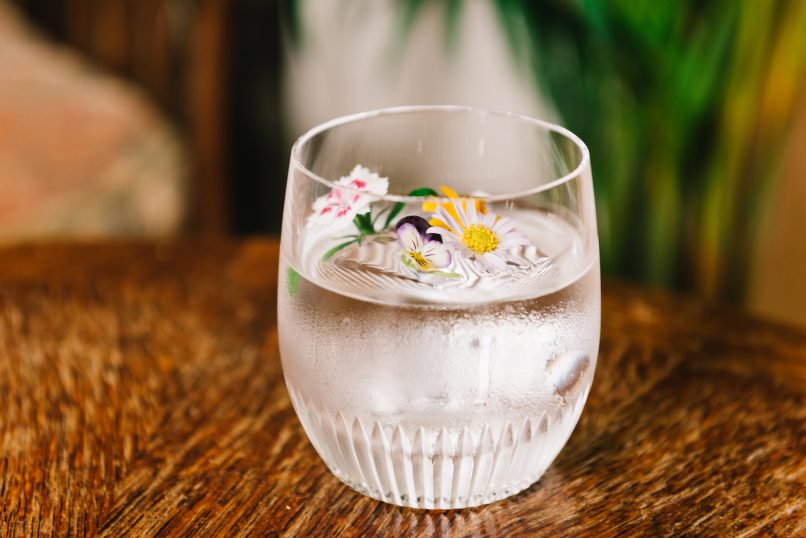 If you noticed Bangkok’s bar scene aficionados buzzing a bit lately, it’s likely because of all the excitement surrounding Tropic City’s new cocktail menu list. Celebrating its launch with a week-long party in mid-October, the new drinks follow through with the tropical bar’s theme, drawing on inspiration from the tropics in a selection of cocktails that score high points beyond their imaginative names. Showcasing the energetic bar team’s creativity, try the Agitations Tropicales (THB 370), which is made with a banana and butter-washed Plantation 3 Stars rum (it sounds odd, but it works), or the Bone Thugs-N-Harmony (THB 420), which includes bone marrow and caramelised pineapple to add flavour to the Bacardi Carta Oro. The Tropicopop (THB 390, pictured above) is made with Bacardi Carta Blanca rum, Diplomatico Planas rum, coconut water, lychee, lemon, and goats milk. This may sound a little curious on paper (okay, screen) but they’re definitely worthy of a sip this month. A wonderful excuse to enjoy the tropics with great tipples and hot tunes. 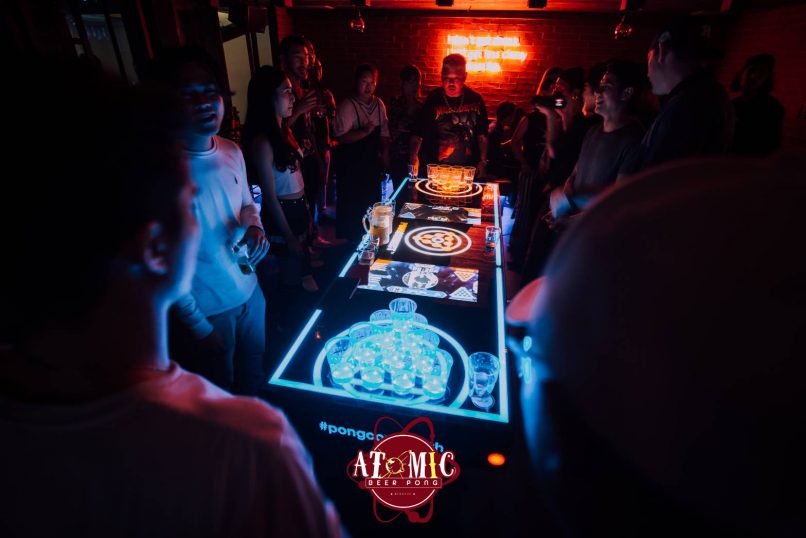 You’ve heard of beer pong before, but have you ever heard of atomic beer pong? Bringing a whole new neon-clad level to the game mostly commonly associated with red plastic cups and American college dorms, Thonglor’s all-new Atomic Beer Pong is the ideal spot for all those who love a good drinking game (and beer, plenty of beer). The venue is decked out in flashy brightly-lit high-tech tables, and features sensor-activated cups that actually light up each time a ball falls into them. To ensure fair play, there’s even a referee for each match. A good spot to embrace your competitive side in the company of people who take the game pretty seriously (yet all in good fun, of course). One atomic beer pong match will set you back THB 740 for two jugs of beer – time to call your brewskis. 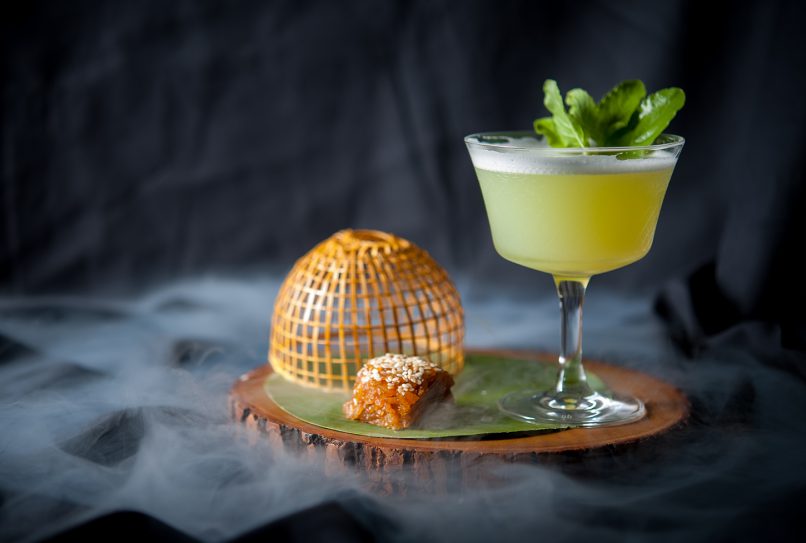 Thai cocktails are having a bit of a moment lately, with many spots across the city offering drinks made with Thai liquor, Thai ingredients, or inspired by Thailand’s rich cuisine. Located a stunning 25 floors above the bustle of central Siam, recently opened restaurant TAAN is focused on working closely with Thai farmers and using hyper-local ingredients to evoke local flavours through timeless cooking techniques. And whilst the food menu is definitely a mouthwatering one, the drinks menu too provides a beautiful surprise. The cocktails are themed around seasonal fruit and flowers, and often incorporate local liquors. Try the Ku-Su-Ma (THB 330), made with dried mango and roasted chili-infused Kristall rum, mango juice, basil, honey, and lime; or the Ree-Ree-Khao-San (THB 330), consisting of Isaan rum (yup), roast rice syrup, coconut water, Thai and sweet basil, and lime juice. A fun tickle for the taste buds, the drinks here are unexpected yet creative, and beautifully presented. With impressive 180-degree views of the city, it’s a sweet spot for cocktails – best paired with dinner at the restaurant right before or after.

Drinks Cocktails Bangkok where to drink Bangkok bars Tropic City taan The KEY JOSH Hotel Atomic Beer Pong
Lisa Gries
Creative Content Director, Bangkok
Lisa loves to travel, and is always on the lookout for the world’s best nap spots. She’s a serious Asian art history nerd, and has a knack for languages and coffee table books. She hopes to publish her own novels one day, one of which will likely be called ‘All The Great Conversations I Had In A Bangkok Speakeasy.’ It’s a work in progress.
Travel Drinks Dining Watches