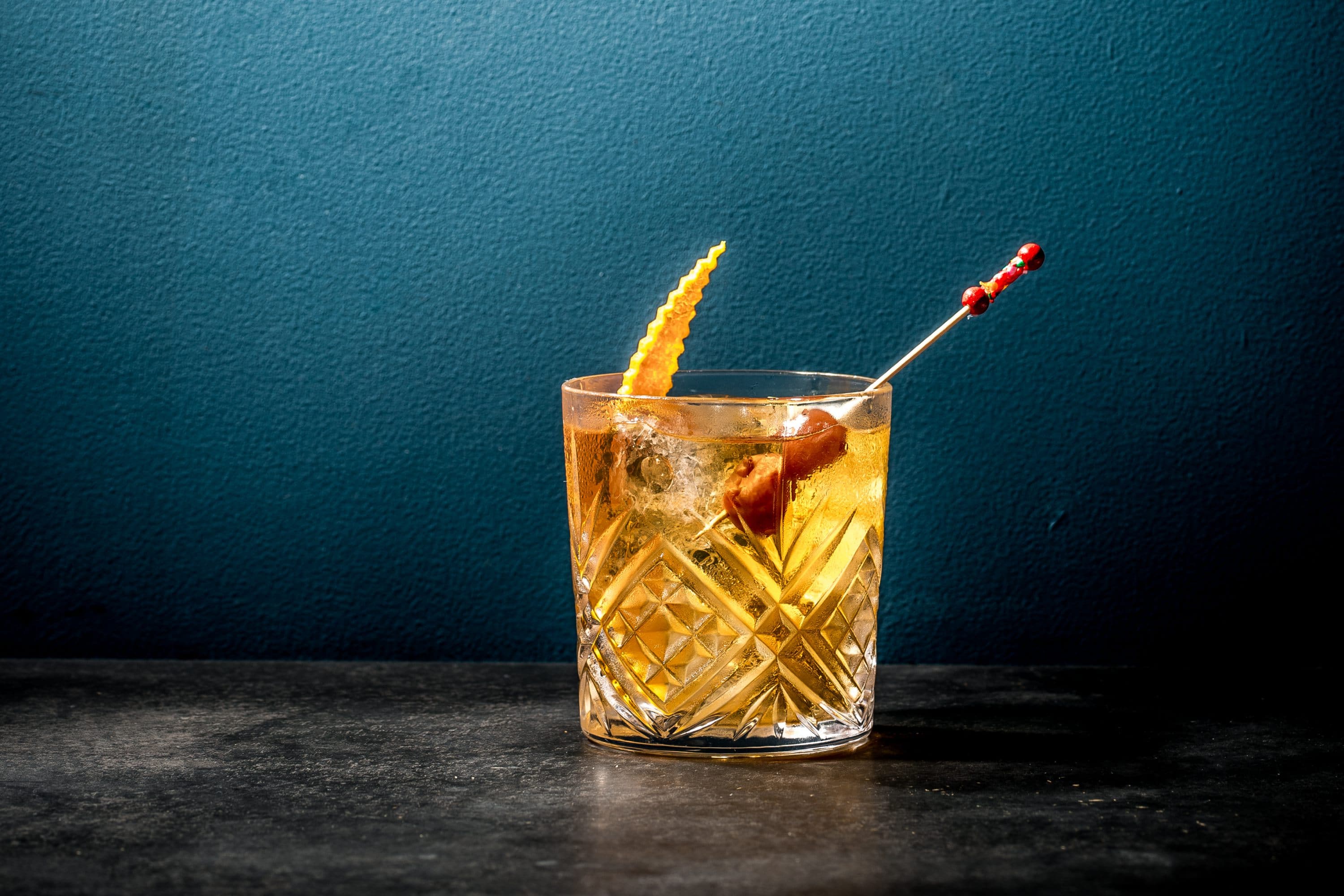 Where to drink in Hong Kong this November

From Movember to Old Fashioned Week, Diwali to the new opening of James Suckling Wine Central — there’s plenty of cause for celebration this November, and hence plenty of cause to drink. Check our list below for the top places to drink in Hong Kong this month. 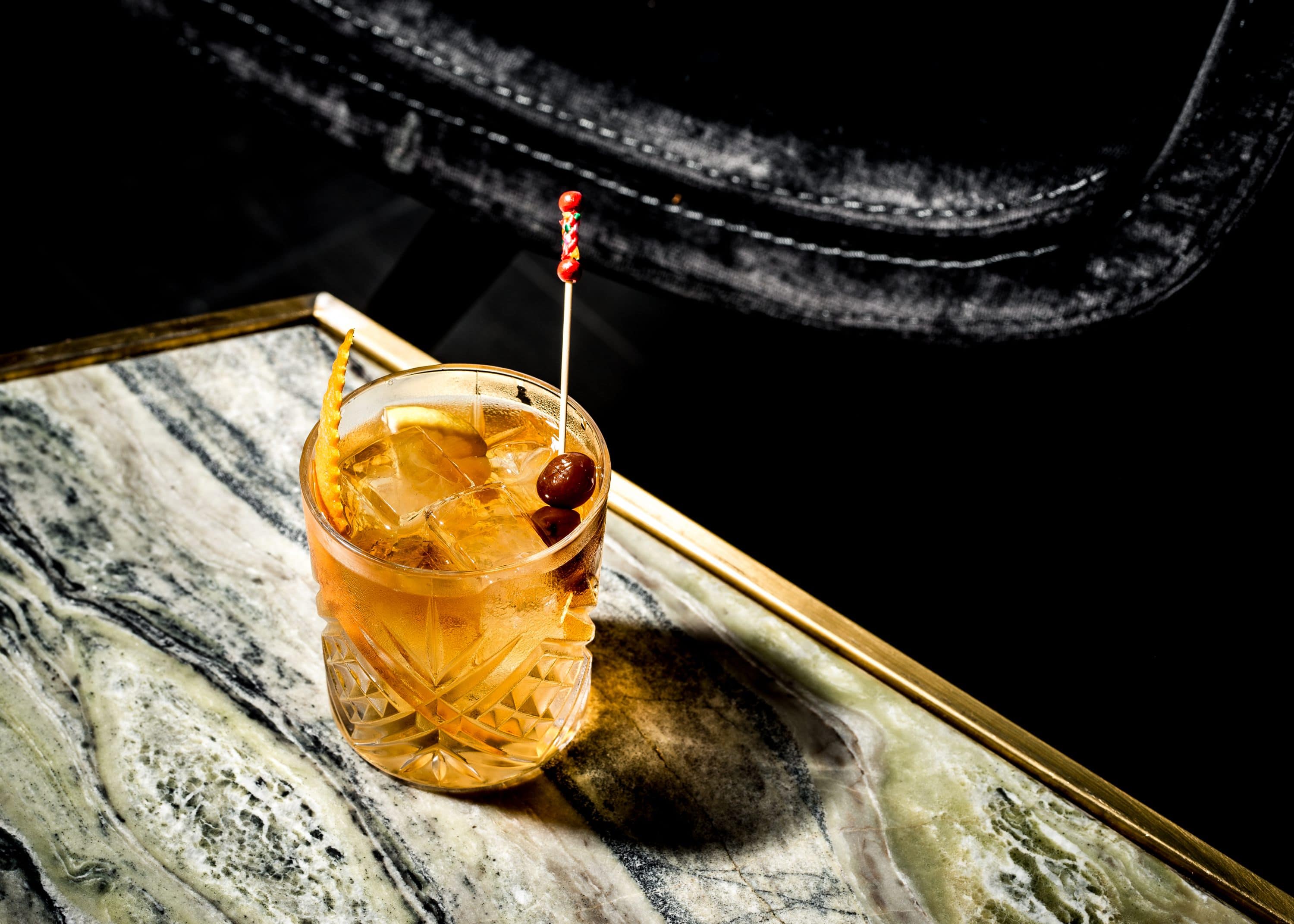 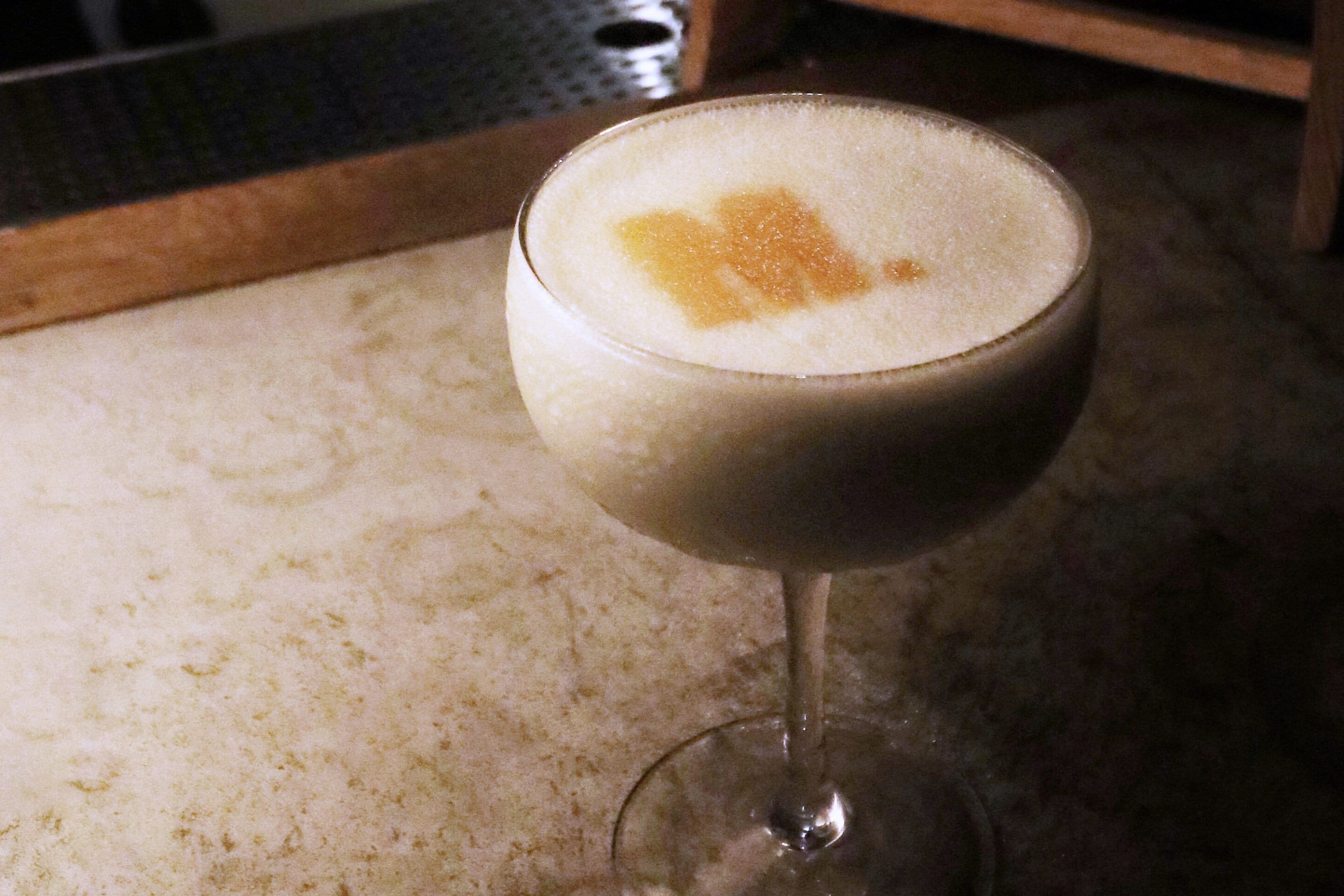 There are multiple ways to support Movember this month, and they don’t necessarily  involve growing a ‘stache. MEATS has created a limited edition Movember Cocktail (HK$110) in support of the campaign, which supports men’s health issues ranging from prostate cancer to suicide; HK$10 from each of the cocktail sold will go towards The Movember Foundation. Made with 12-year-old Chivas Regal, Angioletto hazelnut liqueur and a touch of honey and cream, this sweet and rounded cocktail is sure to pair well with the juicy roasts on offer at the restaurant. It might just impart a frothy moustache on your lip, too, so you can match your equally fuzzy-lipped compatriots. 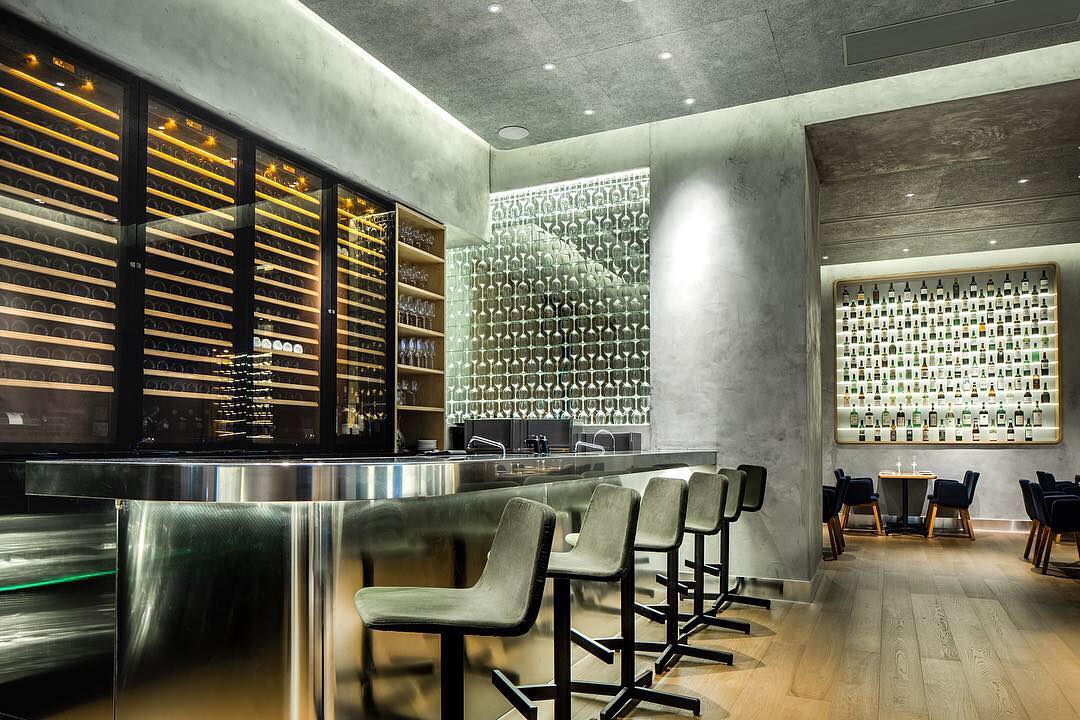 If you don’t know, now you know: Wine critic James Suckling’s highest-rated wines are revered often as much as the man is himself; fans of his palate and great wines will want to pay a visit to his brand new wine bar, just freshly opened up in SoHo. Boasting a library of more than 500 wines, all of which have been served at the critic’s proprietary tasting conferences in Hong Kong and mainland China, and all of which have scored at least 90 points. One of the highlights of the wine list is a full page of 100-point wines, a rare opportunity to taste test the best bottles that Suckling has ever had in his career spanning four decades. A menu of Korean cuisine pairs with the venerable wine list, owing to Suckling’s South Korean wife and chef Ko, who formerly worked at Jinjuu in London. 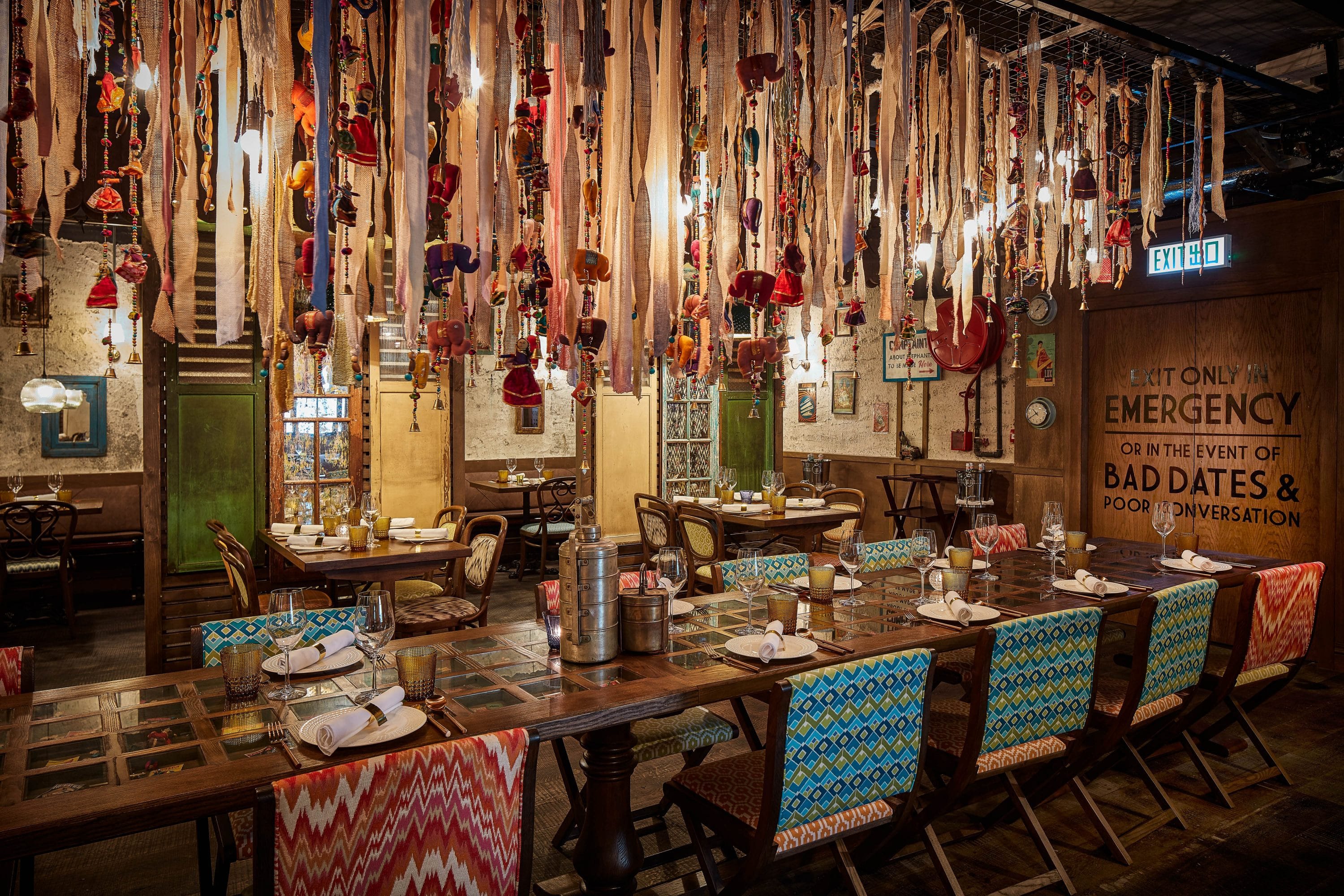 India’s most vibrant festival is coming up, and Chaiwala invites its guests to celebrate Diwali together at its lively and convivial space amongst festive decorations. Celebrating the festival of light, expect the venue to be decked out in candles, fairy lights, and become a boisterous party of dancers and drummers, with a special celebration taking place on 10 November from 9pm onwards. Tuck into the Chaiwala Diwali Menu (HK$480 per person), which features nine of the restaurant’s signature dishes or the Chaiwala Dinner Party Menu (HK$580 per person) only available on 10 November, with ten special dishes for sharing. Free-flow drink options are available for HK$240 including wine, beer, prosecco and house spirits, or sip on a Diwali special: the Punjab Sour (HK$120). 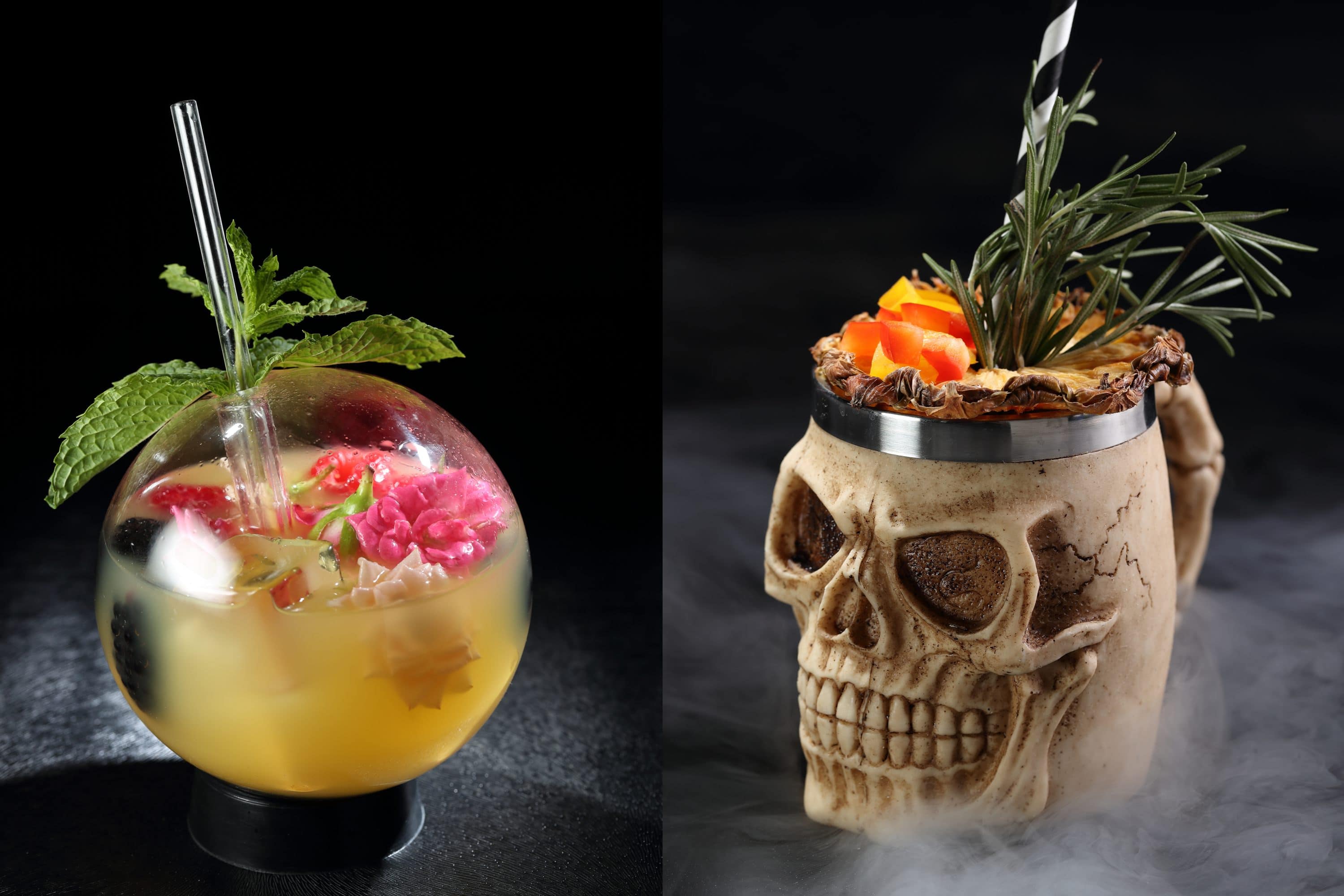 Skye, the glowed-up terrace at the top of The Park Lane Hong Kong offers one of Hong Kong’s most expansive harbour views, and pairing with the worldly experience is Skye’s new passport cocktail menu, which takes your tastebuds around the world across 12 new concoctions. Each cocktail is themed after a different country and its native ingredients: for instance, Mexico gets a dose of spice with the Picosito; The Kingdom of Thailand gets its ode featuring pandan and coconut; and Hong Kong gets its own homage inspired by the traditional breakfast bun, pineapple bun with butter in the cocktail Bo-Lo-Yau. And if you’re hankering for something strong in the space of a long-awaited getaway, perhaps the Oyster Martini will do the trick. Cocktails will be priced from HK$140. 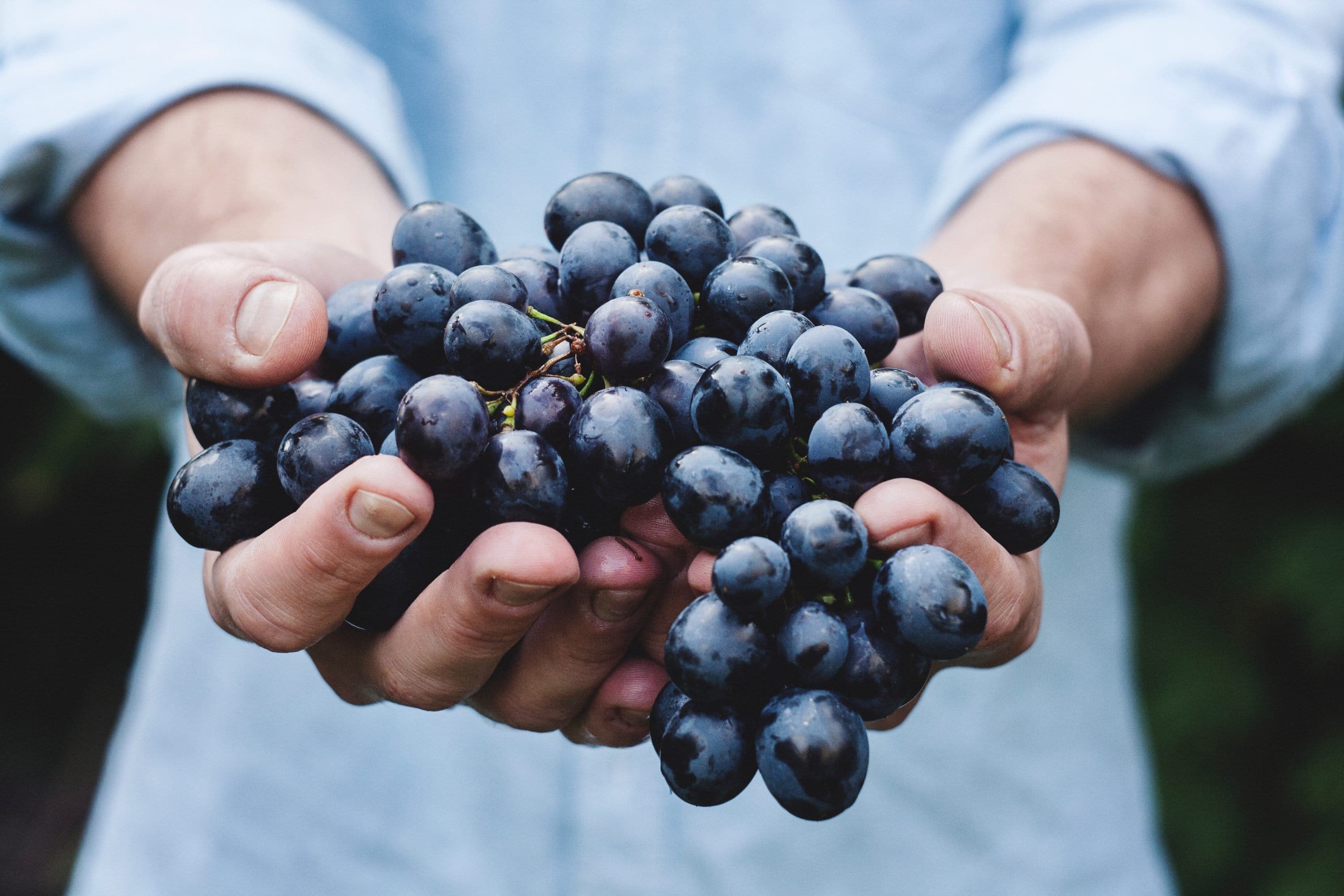 Sai Ying Pun has always been an ideal ‘nabe for intimate wine bars and cosy neighbourhood diners, and Polygon Café is exactly that — owner Yuri Ezhkov has kept its local flavour as a former garage, and it’s a hipster coffee shop by day, casual wine bar by night. In partnership with Natural Food & Beverages, a purveyor of craft spirits and natural and biodynamic wines, it’s launched a monthly wine tasting night, featuring three curated biodynamic wines each session paired with light bites, and an enlightening introduction by Natural F&B founder Jean Loup Thomazo. On our visit during its October launch, we had the pleasure to try three biodynamic Beaujolais wines: a fresh and fruity 2015 Morgon, a tart 2012 Au Bon Gres and a slightly funky 2015 Morgon Côte dy Py. The next month’s wine tasting date is 29 November, so oenophiles looking to explore the world of natural and biodynamic wines will want to keep your calendar open. 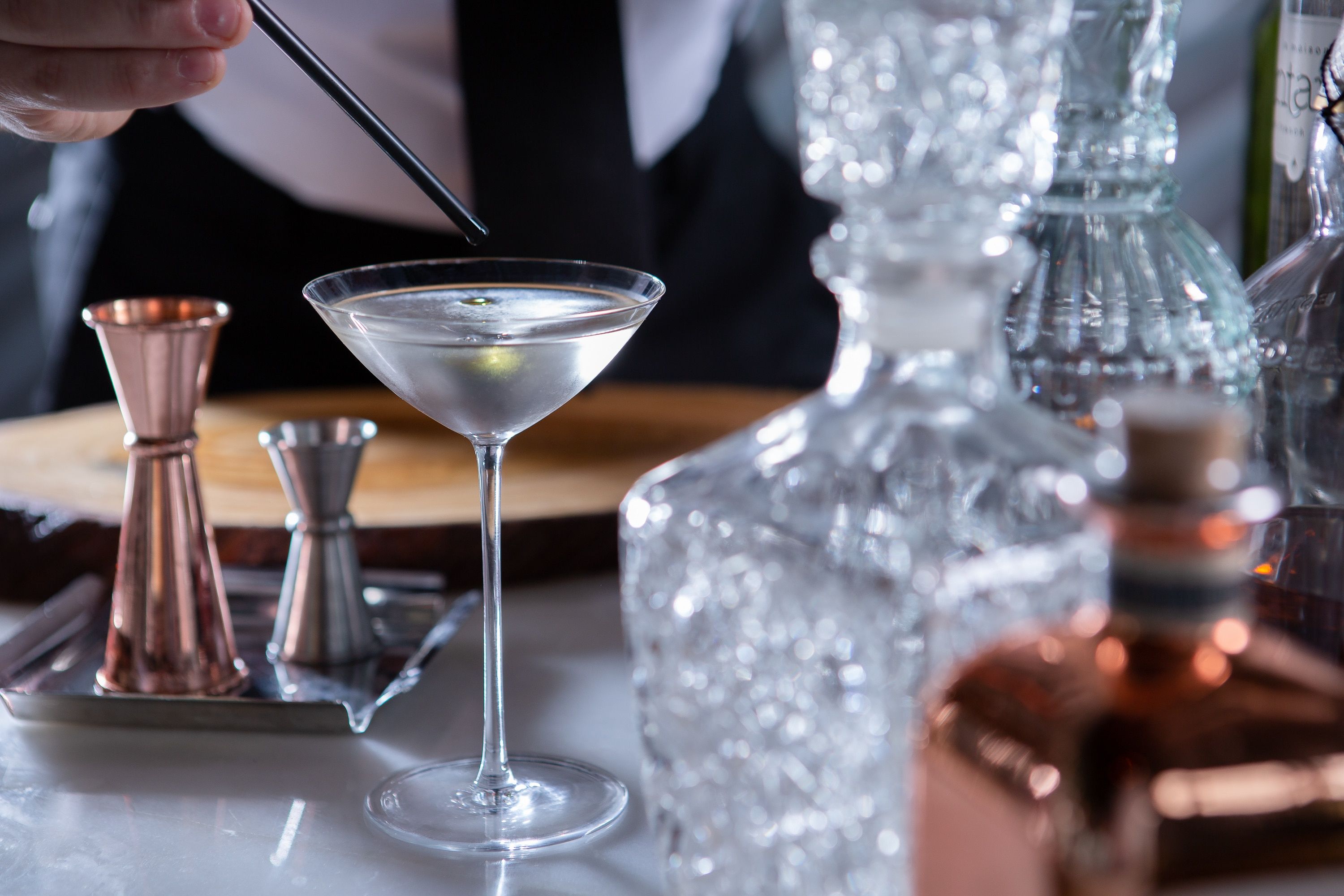 Felix, the 28th-floor restaurant and bar high atop The Peninsula Hong Kong, has recently introduced a reinvigorated menu from new Chef de Cuisine Juan Gomez, and equally so, it’s revamped its mixology programme thanks to the innovative touch of mixologist Marco Petrovic. The time-honoured establishment is now introducing its Long Table Cocktail Bar, set to become Petrovic’s “Stage of Cocktails,” showcasing his dramatic mixology — honed through years spent in some of Dubai and Qatar’s most compelling five-star establishments — paired with a tapas menu by chef Gomez. Try cocktails such as the Kowloon Sour, a vibrant concoction featuring Plymouth Gin, Dubonnet, beetroot mix and pepper cordial; and the Caballero, featuring Ocho Reposado tequila, Del Maguey Vida mezcal and chocolate bitters, a perfect pairing with any decadent dessert. 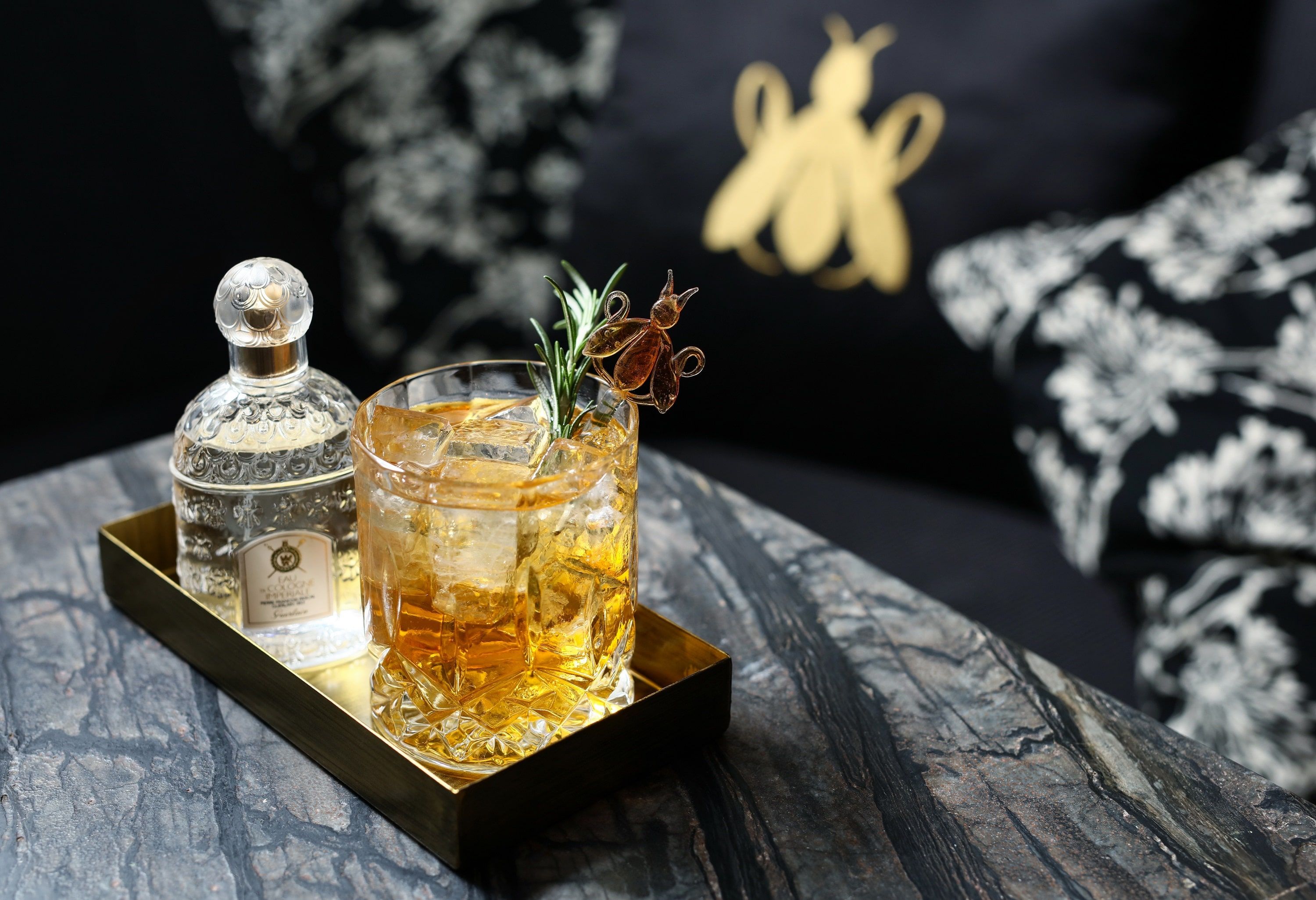 This month, Guerlain celebrates its 190th anniversary and longstanding heritage as haute perfumier and beauty brand — so it’s collaborating with Three on Canton to present a range of perfume-inspired mixology at the restaurant and its cosy secret garden bar, Be on Canton. Two beverages are on offer: The Imperial cocktail is inspired by Eau de Cologne Imperiale — said to be originally a gift from Napoleon III to his wife, Empress Eugenie, for their royal wedding. A citrusey bouquet with heightened touch of sweet neroli, its corresponding drink features bourbon, amaro Montenegro, Dom Benedictine, Cointreau, orange bitters and rosemary.

The new Mon Guerlain Eau de Toilette, on the other hand, lends its feminine notes of mandarin, vanilla, jasmine and lavender to the Mon Guerlain Goddess cocktail: Hendricks gin melds with lavender syrup, vanilla, cranberry and lemon juice for a gorgeous floral pink cocktail garnished with peonies. Guests who order the signature Guerlain cocktails will be able to receive a fragrance consultation at newly opened Guerlain Parfumeur at Harbour City, and also get a complimentary fragrance gift. 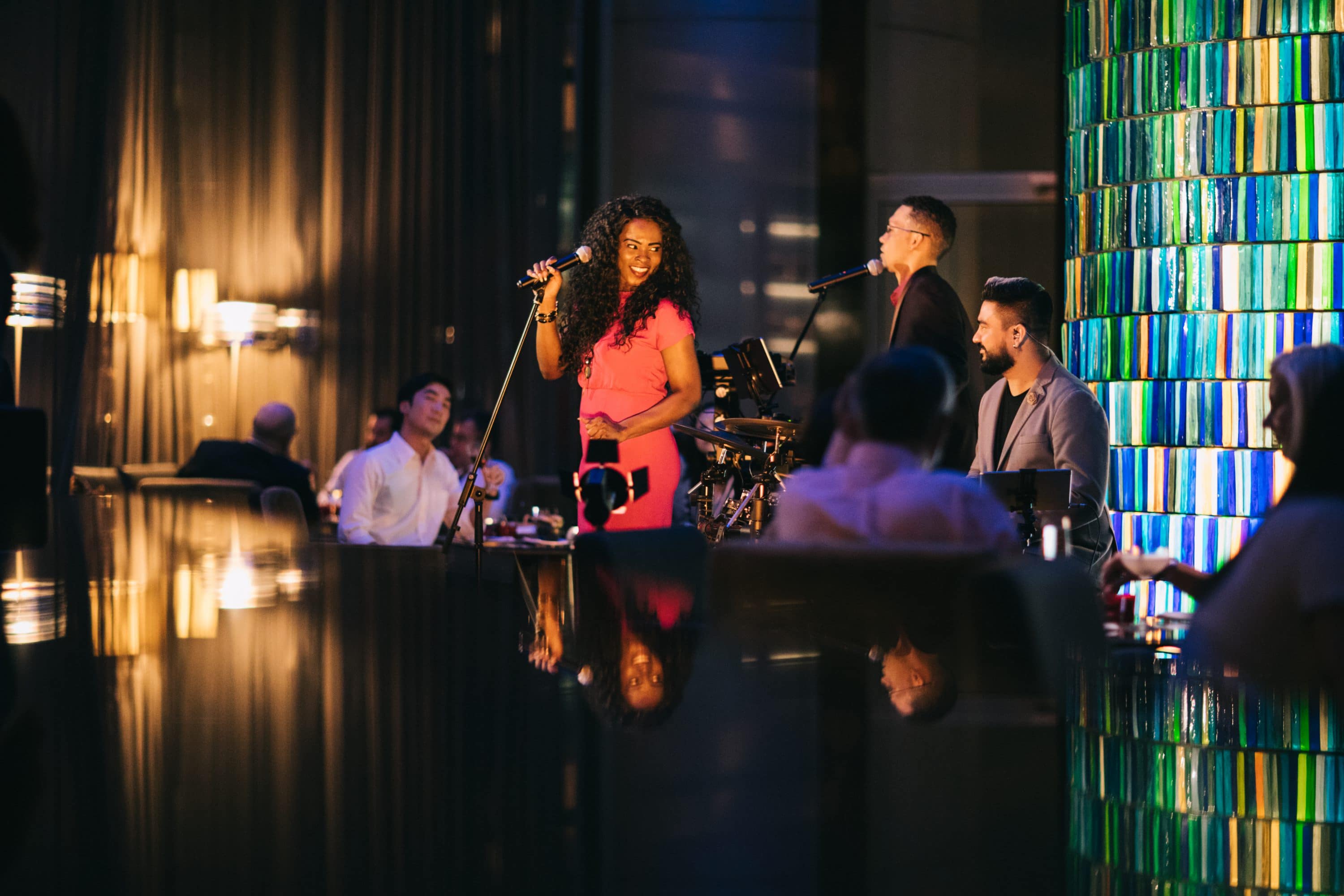 The change in seasons has us looking forward to the festive period already, and one of the most soothing things about the occasion is when we’re winding down the busy year with quiet, festive drink while soaking in some live jazz. The Four Seasons Hong Kong’s Blue Bar is geared up for both prerequisites for this experience, introducing newcomers Crystal Trio to take the stage. Charlotte Chaney’s incredible pipes paired with the Latin flavour of Venezuelan drummer Rafael Arias and the sheer heart-melting talent of South African keyboardist Leroi Kroneberg are sure to impress — the trio are set to perform every Monday to Saturday from 7pm to midnight. Meanwhile, you’ll want to partake in some of Blue Bar’s newest fall concoctions. Resident bartender Summer Lo has created four seasonal cocktails: Pumpkin spice aficionados will appreciate the Jack-O’, a spicy tequila party in your mouth spotlighting cumin and pumpkin. Everything great about winter is showcased in the ‘Tween, featuring a strong but balanced spiced-brown-butter whisky, chestnut syrup, sirop du Picon, a touch of Lagavulin whiskey and apple cider. And Port-side readies us for Christmas with this cool version of a mulled wine, featuring brandy, port, cinnamon and citrus — perfect as a nightcap. 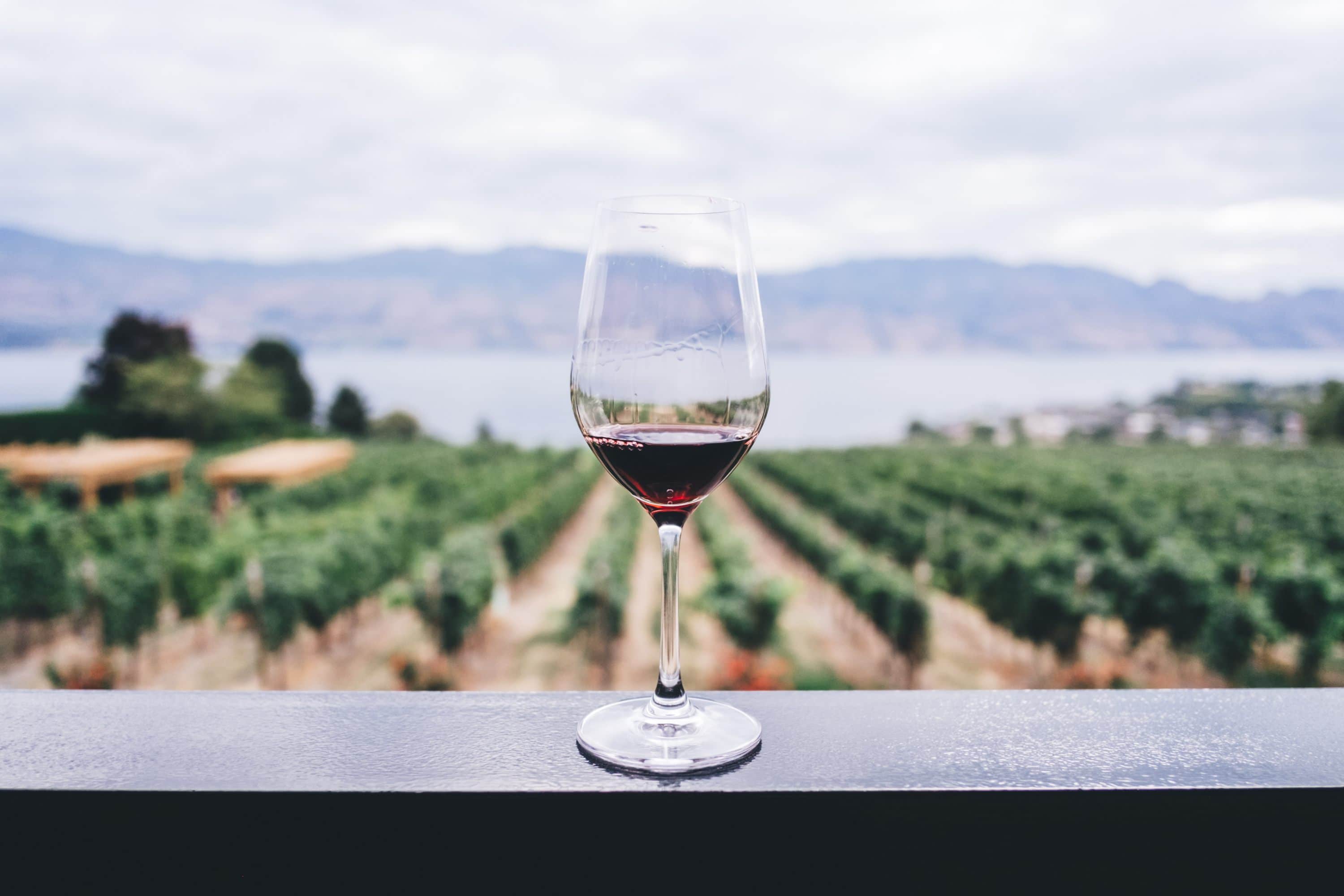 Every year on the third Thursday of November is when the year’s Beaujolais Nouveau wines are released after harvest, a resultant of its relatively quick winemaking process. For the occasion, Hong Kong’s most exciting wine bars along Hollywood Road are banding together to offer fantastic offers on Beaujolais, both on Nouveau and old wines. La Cabane, for instance, is showcasing three winemakers — Jean Foillard, Christophe Pacalet and Jean Cleaude Lapalu — all with special prices by the glass and bottle, with special takeaway prices from its cellar, too. Tai Kwun newcomer Café Claudel, on the other hand, is offering wines by La Cave du Château de Chénas and Domaine Marcel Lapierre for special prices and aperitif sets. Other participating bars include Bibo, Bedu, F.A.B., La Cantoche and more. Check the Facebook event page and contact the corresponding venue for more details.

Guerlain Old Fashioned Four Seasons Hong Kong movember James Suckling Blue Bar SKYE felix Diwali where to drink Where to Drink in Hong Kong Beaujolais Chaiwala La Cabane Three On Canton
Evelyn Lok
Managing Editor
When not trying out the latest beauty and wellness trends, Evelyn is likely enjoying a perfectly balanced negroni or exploring some of Hong Kong's best new places to eat and drink. At Lifestyle Asia she covers everything from the biggest events in town to interviews with Hong Kong specialists, with topics spanning art, food and drink, health, tech, and travel.
Beauty Wellness Events Art Drinks
Sign up for our newsletters to have the latest stories delivered straight to your inbox every week.