The World’s 50 Best Bars 2022 were unveiled in Barcelona last night, and for the very first time, 2 Bangkok bars have made the list. Read on for all the highlights from the big night.

The World’s 50 Best Bars ceremony moved from its prestigious seat in London to be celebrated in Barcelona for the very first time this year. Indeed, it was a night of many firsts, as several bars and even cities were featured on the highly-anticipated list for the first time. Marking the 14th year of the illustrious list, the awards aim to unite the global bar community, and recognise key bartenders, bar owners, and brands on an international stage.

This year, Bangkok too gets to glimmer in this global spotlight, with one bar even being awarded the best new opening in the world. Read on for the highlights of the night.

The top accolade goes to Barcelona’s Paradiso this year, as the bar takes the No.1 spot in the ranking for 2022. It is also the first time that the prize goes to a bar outside of New York or London.

Paradiso is followed by London’s Tayer + Elementary bar, and Sips in Barcelona. Closely behind is Mexico City’s Licoreria Limantour at No.4, and Little Red Door in Paris at No.5, rounding out a relatively global list. Asia makes its first appearance at No. 12 with Singapore’s Jigger & Pony.

In total, 26 cities are featured on the 2022 list. There are 14 new entries, including those from Bangkok, and for the first time, bars from Florence, Lisbon, and Naples are represented.

It was almost predictable that Singapore would take the top spot in Asia, as the unveiling of the 51-100 ranking last week already marked Singapore as a prime cocktail destination. Jigger & Pony, ranking at No. 12, has been named The Best Bar in Asia.

Not too far behind Singapore, the next Asian bar to feature on the list is one of Bangkok’s very own. BKK Social Club, winner of the London Essence Best New Opening, ranks at No. 14, and joins the list for the very first time. The second Bangkok bar on the list, Tropic City, ranks at No. 24, also a new entry to the list.

BKK Social Club is located within the Four Seasons Hotel Bangkok at Chao Phraya River. Inspired by the legendary glamour and lifestyle of Buenos Aires, guests can enjoy upbeat music, bespoke cocktails, and fine cigars in an upscale, refined, and stylish environment here.

Tropic City, meanwhile, prides itself in being Thailand’s first true tropical cocktail bar. Located in Charoenkrung, the colourful neighbourhood bar features tropical influences from around the world, and a series of craft cocktails to suit. Known as a beloved open-until-late destination, the neon flamingoes have welcomed many a party-goer and many an industry insider.

Asia continues strong but not massively represented, with Hong Kong’s Coa at No. 17 and Argo at No. 28, and Singapore’s Manhattan at No. 33. New Delhi’s Sidecar (the first Indian entry last year since 2010), ranks at No. 26, and Tokyo’s Bar Benfiddich comes in at No. 48. 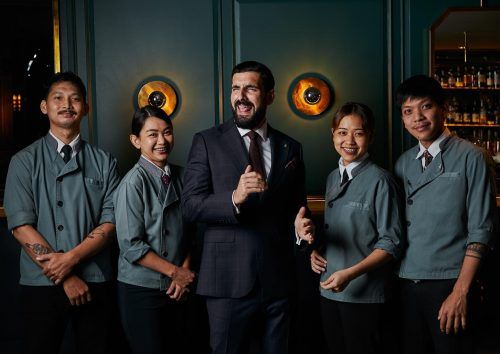 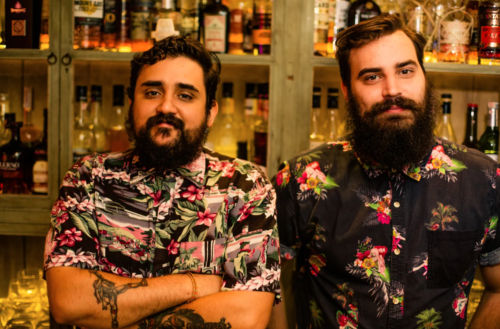 A warm congratulations to every bar that has made the list. The full ranking can be found below.

Food & Drink
Why Barcelona is a rising cocktail city

The 11 drinks trends that dominated 2022