Home > Food & Drink > Drinks > 7 of the world’s most expensive coffees, from Kopi Luwak to Black Ivory 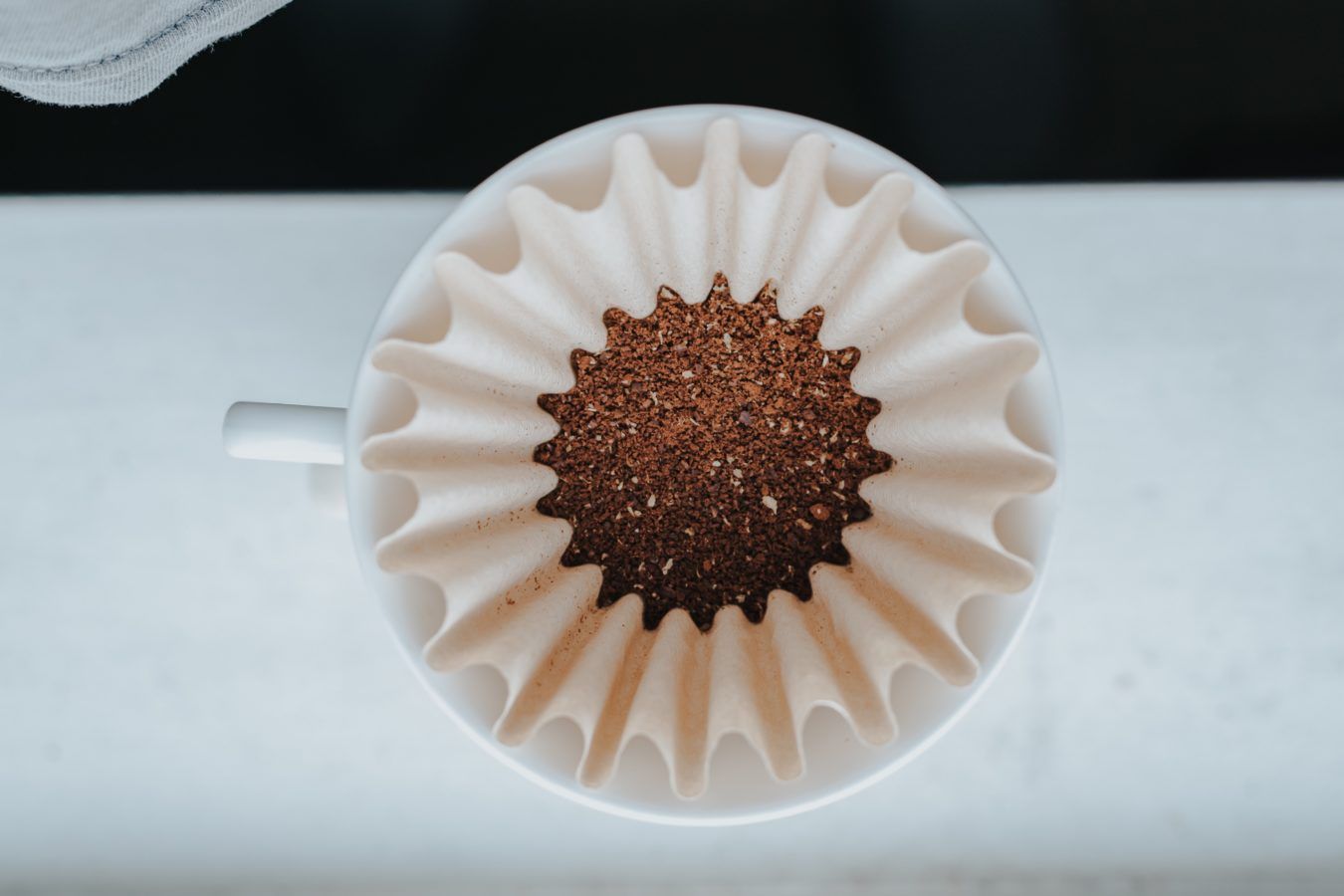 7 of the world’s most expensive coffees, from Kopi Luwak to Black Ivory

Food & Drink
7 of the world’s most expensive coffees, from Kopi Luwak to Black Ivory
Share this article
Next article

Coffee is a beverage that has strong connoisseurs who take their steaming cup of brewed beans very seriously. Here are some of the most expensive coffees from around the world.

Coffee has been a part of daily diet since time immemorial. Over centuries people have grown coffee beans to produce a drink with medicinal qualities or one that heightens the mood. Its strong aroma and rich exquisite flavour instantly engulfs your senses with one whiff.

It was probably around the 15th century that wild coffee plants were taken from Ethiopia to Arabia for proper cultivation and since then it gained popularity like no other. Legend also has it that in 850 CE Kaldi, an Arab goatherd, found his flock behaving rather strangely under the influence of the beans and on sampling them, laid out his discovery.

No matter what its origins may have been, today coffee is an indispensable part of the global diet. From a breakfast beverage, supper delight and a warm or cool evening drink to a star ingredient in cakes, ice creams and pancakes, coffee has been used in some of the most imaginative ways possible. Such is its popularity and demand that some of the most expensive coffees around the world cost hundreds of dollars for a pound.

Some of the best and most expensive coffees require a long drawn cultivation process. Take the Black Ivory coffee for instance. The Black Ivory Coffee Company in Thailand feeds the Arabica coffee beans to elephants. Similarly the Kopi Luwak is made from the defecated coffee seeds of the Asian palm civet. Owing to the high maintenance cost or the rarity of the coffee beans or their production process, the price of these coffees are high.

7 of the most expensive coffees from around the world 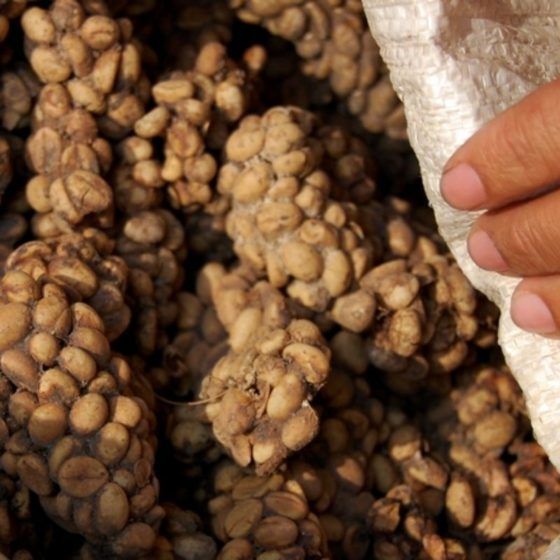 Widely regarded as a luxury delicacy, the Kopi Luwak is one of the most expensive coffees in the world. Primarily produced in Indonesia, the coffee draws its value from the very unique way the beans are obtained. The Asian palm civets are fed the ripe coffee cherries which are fermented by the mammal’s digestive enzymes. The workers collect the half-digested beans from the cat’s faeces and immediately roast them.

The coffee beans are very lightly roasted only to remove the strong bitterness. They have a fruity and sweet flavour with hints of sandalwood, dark chocolate, apricot and plum.

Nicknamed the civet coffee, Kopi Luwak fetches a very high price that ranges from USD 150 to 600 for less than half a kg. The Free range variant of Kopi Luwak ranks in the higher grades as the civets are allowed to roam free and they eat the choicest ripe coffee cherries themselves. Tourists flock to Indonesia to try this gourmet coffee which is also popular in Vietnam and Bali. 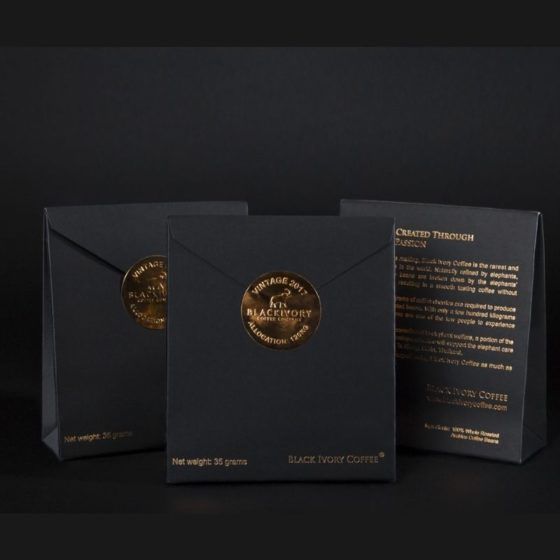 If you think the Civet coffee is quite a unique brew, then the Black Ivory coffee is sure to take things a step further. This coffee has a very distinct production process. The Ivory Coffee Company in Northern Thailand produces it by feeding Arabica cherries to elephants at their plantation. Their digestive enzymes impart the robust flavours and rich taste to the coffee. The beans are collected from the elephant faeces and therefore it is nicknamed elephant dung coffee.

Very few coffee cherries are available all year round, making it not only the most expensive coffee but also quite a rare one. One of the specialty coffees out there, the Black Ivory coffee starts at USD 1000 for approximately 450g but can go upto nearly USD 1500 for the same quantity. A perfect cup of this expensive coffee costs around USD 50. 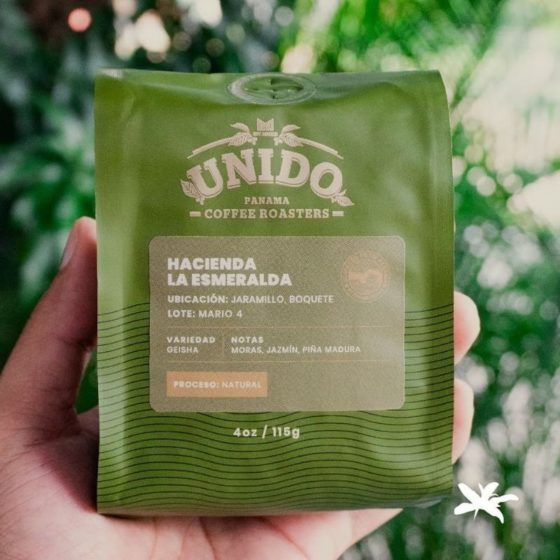 The beans for this coffee are grown on the slopes of Volcán Barú in Panama under the shade of guava trees. The lands that originally belonged to a Swede named Hans Elliot, forming the Palmira and Cañas Verdes farms, were bought by an American banker named Rudolph A Peterson in 1967. However, a supreme quality was being grown on the lands bordering the estates since the 1890s. This gave the Petersons the idea to transform much of the land to coffee plantations and the rest is history.

Fetching a price of nearly USD 350 for about 450g, the Hacienda La Esmeralda farms are known for their years of experience and a coffee that is rich, indulgent, aromatic and yet smooth. The family takes pride in producing the best Geisha coffee in the world and they are sold at sky high prices at auctions. It has won several accolades including the coveted ‘Best of Panama Award’ numerous times. 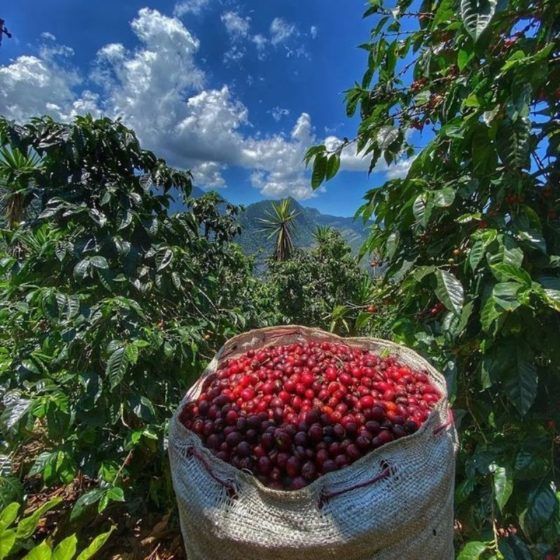 ‘Injerto’ refers to a fruit native to the region. According to their website, “The farm is managed by the third and fourth generation of the Aguirre family, who have worked the farm since 1956.”

The coffee beans are washed in a very unique way. A single channel washes them and breaks them down twice which improves the quality of the grain. The coffee is often put up at auctions and is globally renowned among coffee connoisseurs. 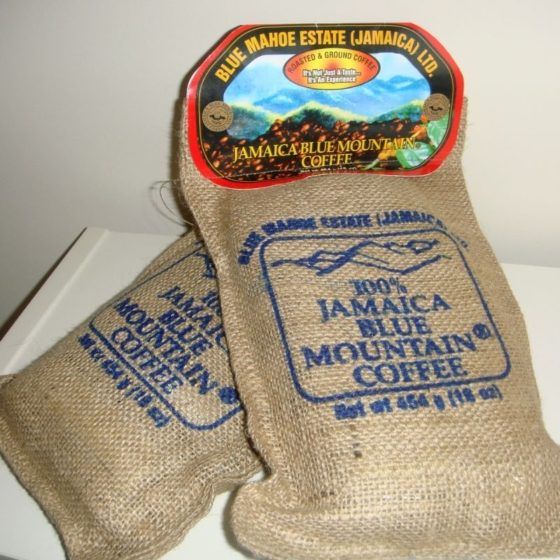 It is quite a niche product and in order to be recognised as a pure Jamaican Blue Mountain coffee it has to come from the particular region of Blue Mountains of Jamaica at a height of approximately 1524m. Only those cherries which are absolutely red ripe are plucked and floated in water. The over fermented beans are discarded and after meticulous inspection and hulling, the husks are removed and the beans are segregated according to specific parameters.

The slopes of the mountains receive plenty of rainfall which aids in the flourishing growth of the coffee beans. Devoid of a strong bitter taste, the coffee has a rich flavour and pleasant mild taste. Such is its popularity that Japan has a very huge market for this coffee. More than half the production of the Jamaican Blue Mountain is exported to Japan.

Touted as one of the best varieties, the Jamaica Blue Mountain Wallenford has a very balanced acidity and intense flavour. It also comes with subtle hints of chocolate and orange peel and is given 100 percent certification of being the Blue Mountain Coffee by the Jamaican Department of Agriculture. Some of its best varieties can cost nearly USD 140 for about 450g. In general the coffee costs at least USD 50 for about 450g. 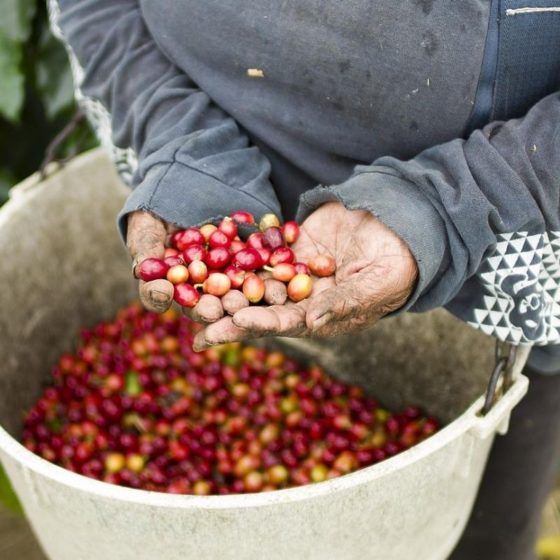 To be termed as a Kona coffee, the coffee beans have to come directly from the Kona district of Hawaii which offers the most favourable conditions for them to flourish. The volcanic slopes of Hawaii’s Big island receive adequate sunlight, wind and drizzles, contributing to its rich growth.

Pure Hawaiian Kona coffee has a smooth taste and light yet unique flavours with a delicate aroma. They are generally bought from single estates instead of retail markets to avoid any mixing with local coffee. The ‘Extra Fancy’ comprises the highest grade in the Type I while the Hawaiian Kona Peaberry coffee forms the Type II tier.

The expensive coffee beans are of a rare variety and can cost around USD 30 to USD 35 for 450g. It is best to purchase the pure Kona coffee close to the roast date to obtain maximum flavours and original taste. 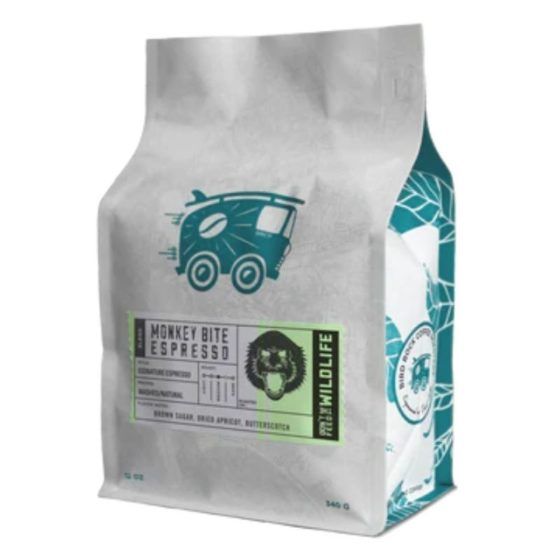 The Finca Los Planes coffee is cultivated on a family owned farm belonging to Sergio Ticas Reyes in El Salvador. Initially only the Typica variety was grown but in 1966 Reyes introduced the Bourbón and Pacamara varieties. The coffee from the Los Planes farm is processed in the family’s wet mill and treated under the gourmet preparation protocol which requires fresh and clean water from natural spring, milling and sun drying on patios.

With modernisation, the farm is able to cater to a large market. Such is its popularity and demand that the coffee won second place at the 2006 Cup of Excellence and sixth place in 2011.

Though quite an expensive coffee, the Los Planes boasts of loyal customers from all over the world and has unique flavours like brown sugar threads and tangerine with caramel. The El Salvador plains, bordering Guatemala and Honduras have the most favourable conditions for coffee plantations and hence are some of the best coffee producers in the world.

As one of the most expensive coffees, it fetches a price of about USD 40 for almost 450g.

Coffee most expensive Kopi Luwak coffee Expensive coffee
You might also like ...
Food & Drink
Why drinking coffee could be good for your liver
Food & Drink
A Chiang Mai cafe is serving LALISA Coffee inspired by Blackpink Lisa’s Thai costume
Living
10 of the most beautiful coffee shops around the world
Food & Drink
Cut the caffeine: 5 alternatives to coffee you need to try out
Trinetra Paul
An ardent foodie, Trinetra seeks every opportunity of travelling and writing. Storytelling and slam poetry are her go-to jam. Her lazying around ideas includes binge watching and whipping up some snacks or searching the next place to visit.
Sign up for our newsletters to have the latest stories delivered straight to your inbox every week.

What is the difference between whiskey and whisky?