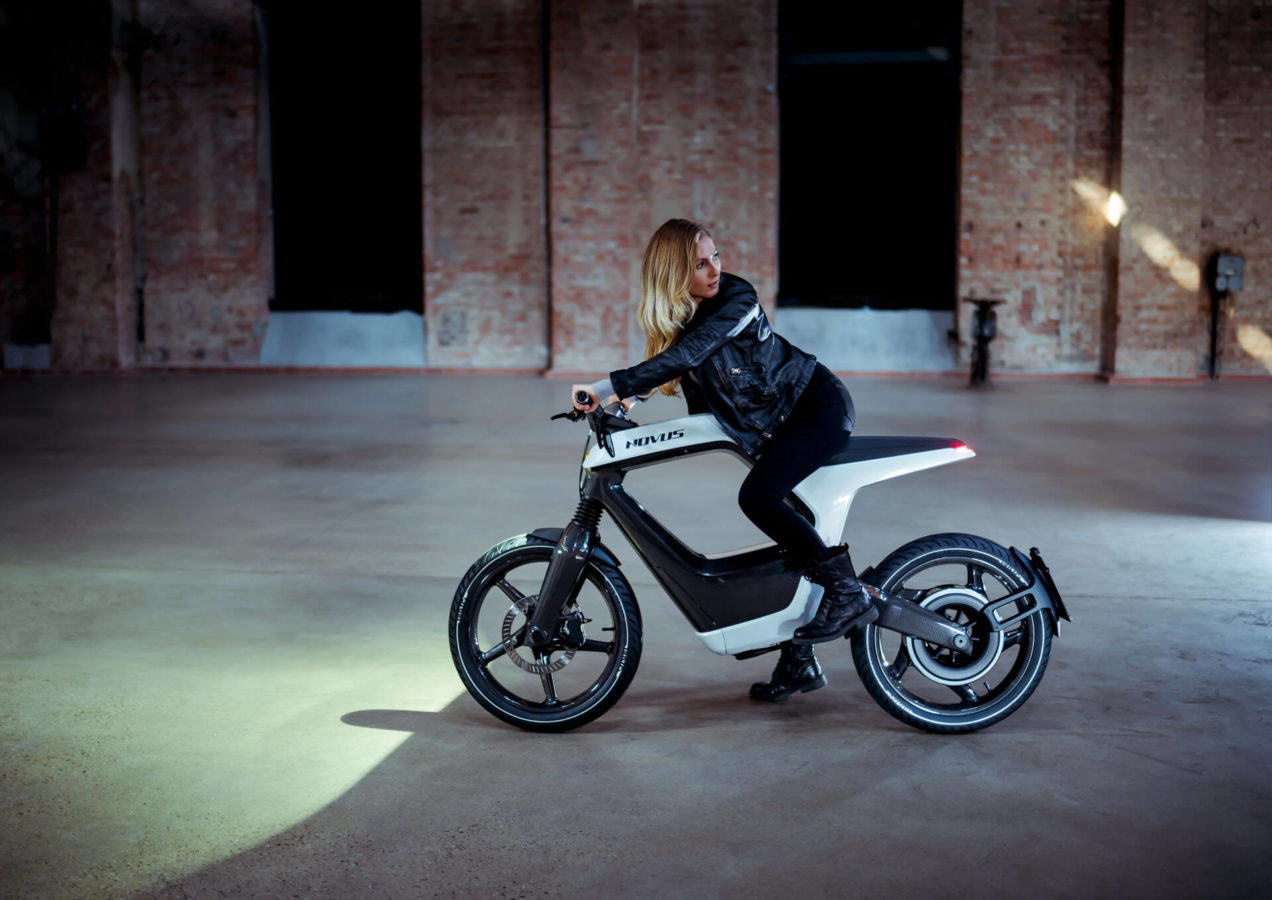 Is this electric motorcycle the Tesla of motorcycles?

Gear
Is this electric motorcycle the Tesla of motorcycles?
Share this article
Next article

A German start-up, Novus, has just unveiled its first electric motorcycle, which stands out for its futuristic looks and also for its price, which will be close to 50,000 euros. The machine is already available for pre-orders, but the first deliveries will not be until 2022.

Novus already caused a stir at the 2019 CES in Las Vegas, United States, when it presented a prototype of this model. However, the question is what does this motorcycle have to justify a price that is close to the cost of a Tesla Model 3?

The Novus Bike is a single-seater that is remarkable for its very low weight, which is notably thanks to a carbon-fibre frame weighing only 7 kilograms. Other components like the fork and the wheels also include carbon-fiber elements, and the motor along with the machine’s battery weighs in at only 75 kilograms. As for the rider, the machine will accommodate a load of up to 125 kilograms.

The new machine is equipped with a 18-kW motor offering the equivalent of 24hp, which gives it a maximum speed of 120 km/h and allows it to accelerate from 0 to 50 km/h in just 3 seconds. As for the range, it can cover around 100 kilometers on a single charge under city driving conditions, which is good but not exactly stellar.

With regard to security, the Novus Bike can be unlocked without a key using a NFC-compatible smartphone and its battery can be charged to up to 80% of its capacity in just one hour.

However, the weak point of all of this is the machine’s steep price: 39,900 euros not including tax, which will mean that it will retail for 47,880 euros in countries where VAT runs to 20%. To pre-order one of the new bikes, you only have to put down a 1000-euro deposit, much as you might, for example, if you were ordering a Tesla. As for the timeframe, you will have to be patient. First deliveries of the largely handmade Novus Bike are not expected before 2022.