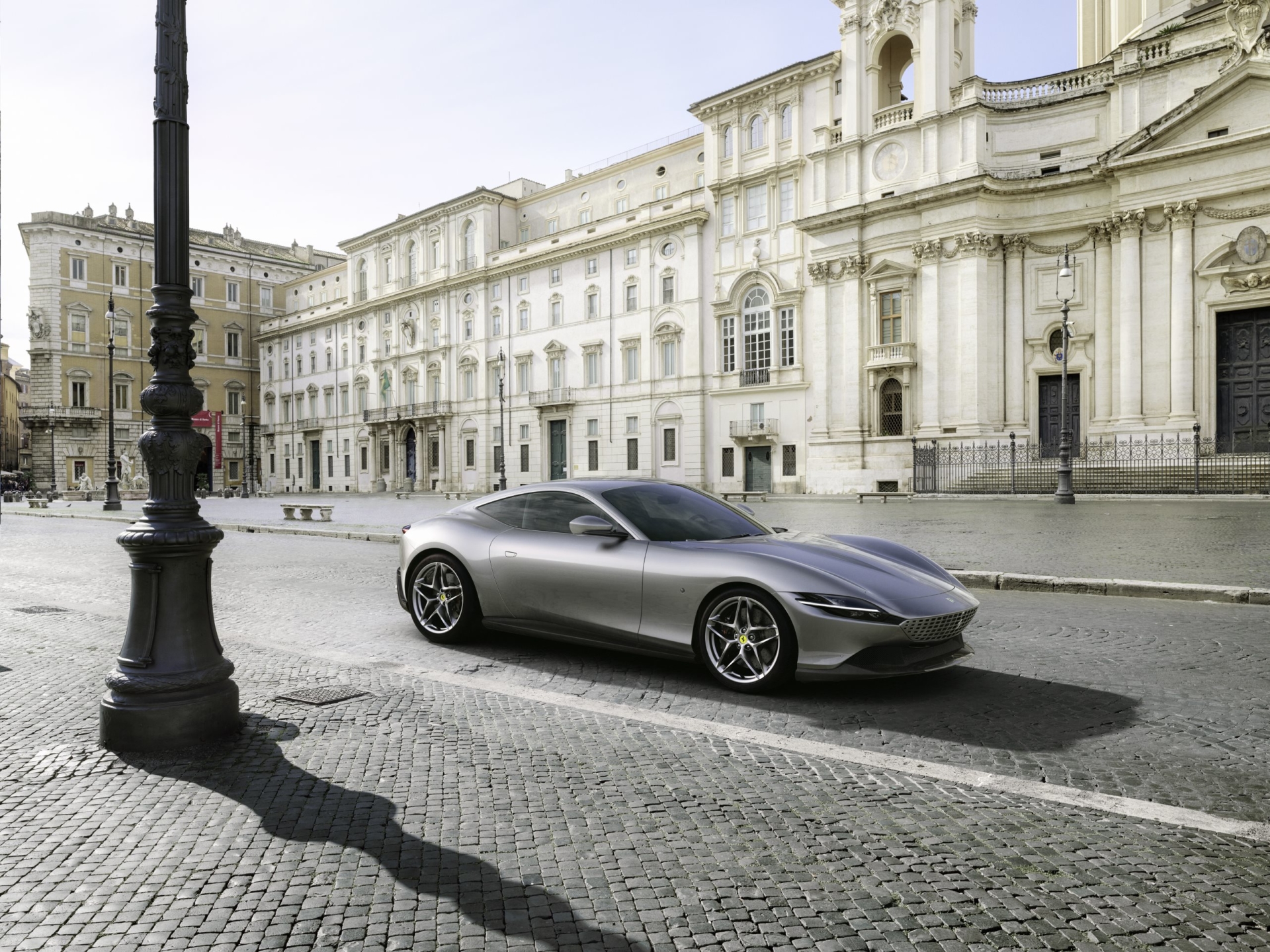 It is what could have been or would have been the hardtop version of the Portofino — except, the model got a completely new name and a new body style.

This week, Ferrari unveiled the Roma  — “La Nuova Dolce Vita”- – during a private event held in Rome, the perfect place to reveal a model inspired by Italy’s capital city.

Though Roma serves as a hardtop version of the Portofino convertible announced back in 2017, the company describes this coupe as having a “timeless design” that models “the carefree, pleasurable way of life that characterised Rome in the 1950s and ‘60s.”

To embody this essence, the body was restyled when compared with its drop-top counterpart with smooth contours (“all superfluous detailing has been removed”), a front end that angles more sharply to the ground, and a fastback rear, all executed in a way that is contemporary but can be found on sports cars from the past 70 years.

The #LaNuovaDolceVita era has begun, with the new, stylish #FerrariRoma. The model is an icon in Italian design and timeless elegance, combined with unparalleled performance. https://t.co/THDwJ4s6ue pic.twitter.com/mkLVBydmWo

The power that the Roma delivers matches its modern flair. The engine is a turbo charged V8 (the same found in the Portofino) which puts out over 600 hp, allowing the car to sprint from 0 mph to 62 mph in 3.4 seconds.

The interior was designed to put the driver in control of their experience. The cabin body panels wrap in such a way that the driver and the passenger sit in individual cells with functional elements being distributed throughout each side of the cockpit.

This model is the final one the company will announce this year.

Ferrari is expected to reveal availability and pricing information soon.