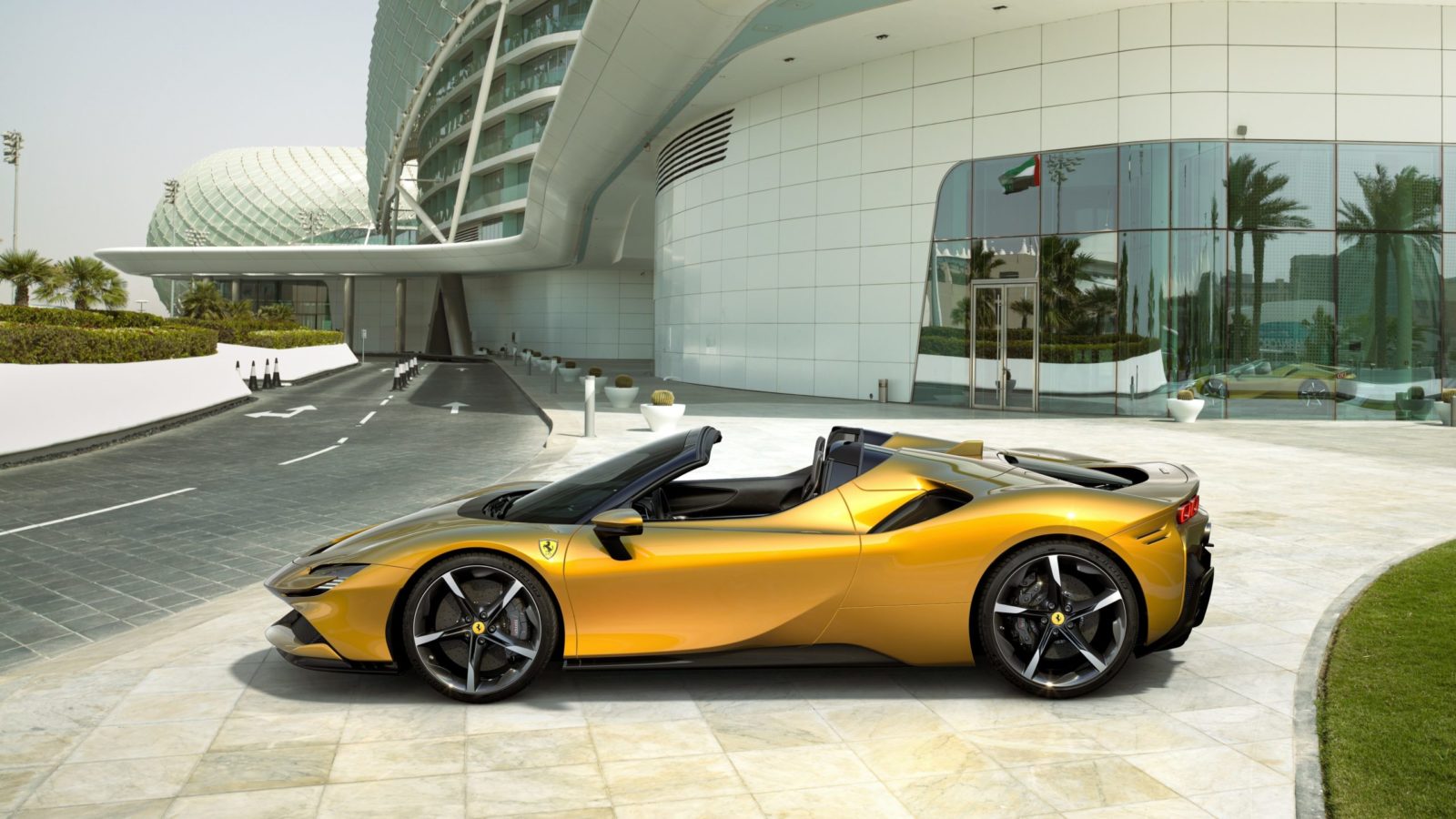 The Prancing Horse has not been resting on its laurels this year, even after the work it’s done to battle COVID-19 in its homeland. After the launch of the Portofino M in the entry-level convertible GT category, Ferrari is looking to take things up a notch.

[All images courtesy of Ferrari]

Introducing the Ferrari SF90 Spider, the successor of the SF90 Stradale. This makes the SF90 Spider the Prancing Horse’s first-ever plug-in hybrid supercar. Of course, it also usurps the SF90 Stradale in all fronts, setting a new benchmark for performance, quality of drive, and technological innovations.

The SF90 Spider is also the first Ferrari production drop-top to feature three electrical motors spread out across the chassis. There are two electrical motors at the front, which house the RAC-e (Cornering Angle Regulator, Electric) system and at the rear, you’ll find the MGUK (Motor Generator Unit, Kinetic). Part of the powertrain also includes a twin-turbocharged Ferrari F154CD V8 engine, which gives you a combined output of 986hp and 800Nm of torque.

Much like the SF90 Stradale, the SF90 Spider also features the same, redesigned eight-speed dual-clutch gearbox. Not only is it 20% smaller in exterior diameter to the seven-speed, but it’s also performing 35% higher, transmitting up to 1,200 Nm in dynamic torque during gear shifts.

There are also four driving modes in the SF90 Spider — eDrive (covers up to 25km with a 135kph top speed limit; Hybrid (focuses on overall efficiency and conserving battery power); Performance (puts the twin-turbo V8 out in full force for more fun behind the wheel; and Qualify (provides maximum power output via the electrical motors).

Ferrari ensures that you’ll have full control over the SF90 Spider while it does the groundwork within. Electronic Traction Control (eTC) evenly distributes torque to all four tyres for better grip; Torque Vectoring makes cornering a breeze to get in and out of, and ABS/EBD is what allows for regenerative braking as well as boosting brake feel.

Ferrari’s engineers brought many elements over from the SF90 Stradale to the SF90 Spider. When the Retractable Hard Top is deployed, the Spider still maintains the same shape as the Stradale. This is all thanks to a complex lever system that is also important in maintaining the same chassis rigidity levels. One other notable difference between the Stradale and the Spider is the new elevated tailpipes, giving the latter a more competitive vibe to suit its track-inspired personality.

Moving on inside, you’ll find that the SF90 Spider features a fully digital instrument cluster. There is a central 16-inch HD screen that is curved towards the driver for easier reading. Everything from navigation to rev counter and even the car’s battery indicator can be found on the screen. Looking down on the steering, you’ll find the now iconic Manettino with headlight control, indicators, and wipers.

The only downside to the SF90 Spider is that it will only be made available in Europe come Q2 2021 with a starting price of 473,000 euros, including VATs.

Ferrari Motors Motoring gear sf90 stradale sf90 spider
You might also like ...
Gear
What’s the story behind each of these iconic car logos?
Gear
Updates from the world of cars: Virgil Abloh’s G-Wagen, the new Rolls-Royce Ghost, and more
Gear
Everything we know about the world’s first electric Rolls-Royce car
Gear
Everything you need to know about the newly launched Ferrari Roma
Wi-Liam Teh
Senior Writer
Wi-Liam is a geek at heart with a penchant for tattoos. Never without a drink in hand (preferably whisky, gin, or Guinness), he is also a writer by day and a keyboard warrior by night. On his day off, he masquerades as a streetwear and sneakerhead enthusiast while his bank account says otherwise.
Tech Cars Watches Entertainment Food Drinks