Home > Gear > Motoring > Would you travel in this half-bike half-car vehicle? 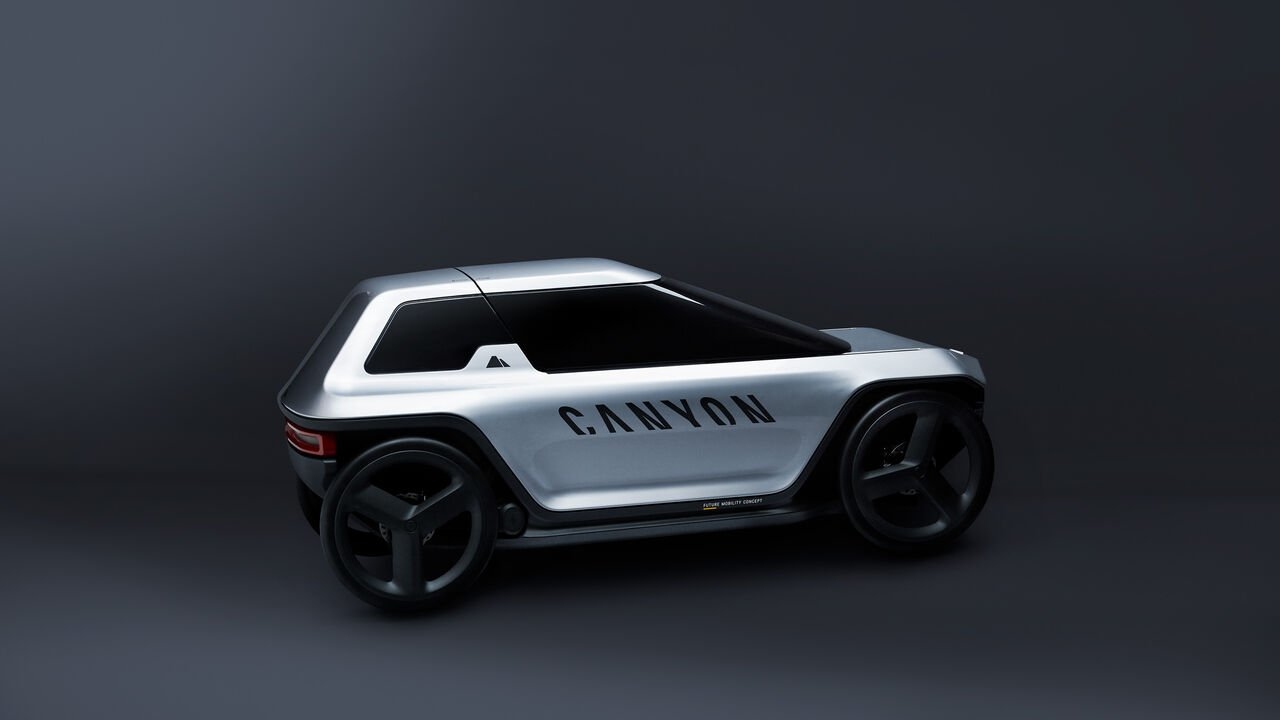 Would you travel in this half-bike half-car vehicle?

Gear
Would you travel in this half-bike half-car vehicle?
Share this article
Next article

Could this be the vehicle of the future?

The German bicycle manufacturers Canyon is has come up with a surprising hybrid concept vehicle. While they were on an ongoing drive to explore the future of mobility, they presented a cool invention — a half-bike and half-car vehicle.

Engineers and designers at Canyon in collaboration with RWTH Aachen University have developed a surprising vehicle that is intended to provide simple and comfortable mobility in the city of the future.

Like a recumbent bicycle, the four-wheeled electric vehicle has pedals and is steered using lateral tank levers, which are positioned on the level of the driver’s hips.

The idea of the concept is that it can be used both in cycle lanes and on the road. It therefore combines the comfort and speed of an electric car with the gridlock-defeating maneuverability of an electric bicycle, making it an optimal means of transport for the city of the future.

Critically, it has a passenger compartment with a roof, which can be rolled back in warm weather. Behind the driver, there is plenty of space for baggage, which can also accommodate a child.

The new machine’s electric motor can reach 60 km/h when in road driving mode, and its battery has enough power to cover 150 kilometers with a single charge.

Cars Motoring Vehicle Canyon
You might also like ...
Gear
Rolls-Royce makes a daring move by launching a new Ghost model during the pandemic
Gear
Everything we know about the world’s first electric Rolls-Royce car
Gear
Why Lamborghini is causing an uproar with its latest hypercar, the Essenza SCV12
Gear
Everything you need to know about the newly launched Ferrari Roma
Staff Writer
Motoring