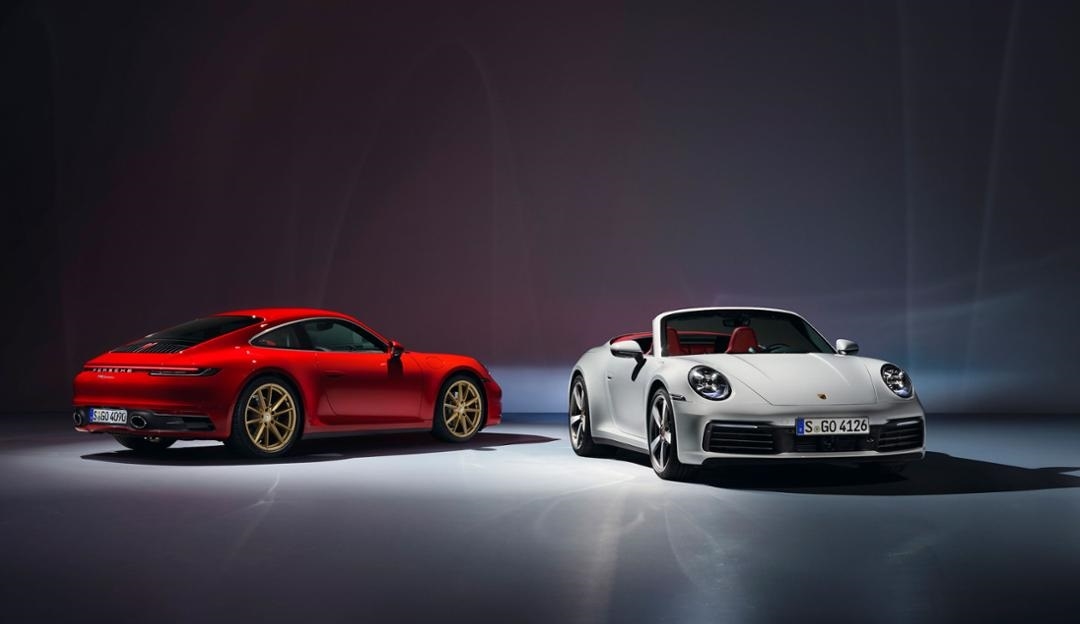 In November at last year’s LA Auto Show, Porsche took the wraps off the performance trims of its 2020 911 portfolio; on Tuesday and not a moment too soon, the company followed up that announcement with the reveal of the lineup’s base level models: the 911 Carrera Coupe and Cabriolet.

Even though the drop-top version of the lowest tier option is equipped with the same engine putting out the same power as its roofed counterpart, it takes 2 extra seconds to sprint to 60 mph; top speed is also 2 mph slower than the standard Carrera which measures in at 180 mph.

To upgrade to a model whose top speed clocks in at 191 mph, the starting price increases by nearly $16,000 despite everything else about the model being nearly identical.