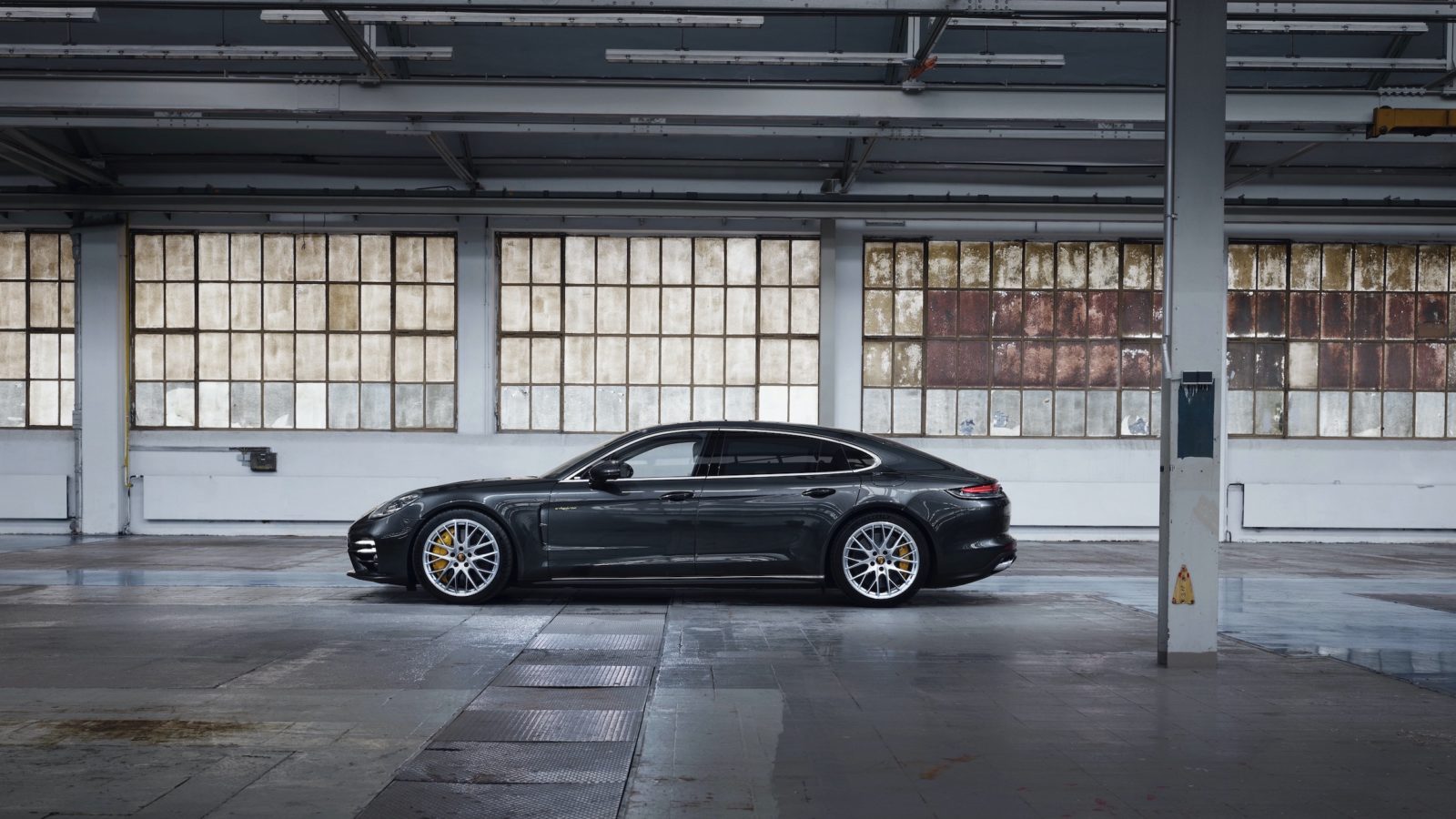 Porsche has unveiled a new fast car — its second most powerful production vehicle to date, no less — and it is none other than the 2021 Panamera Turbo S E-Hybrid.

[All images courtesy of Porsche]

Launched alongside the 4 E-Hybrid and more “traditional” 4S, the Turbo S E-Hybrid is an even bigger four-doored force to be reckoned with, especially now that it’s been outfitted with a potent 563 hp 4.0-litre twin-turbo V8 (13hp more than its predecessor). That’s already plenty for a full-sized luxury vehicle, but the Stuttgart manufacturer also paired it with an updated 134hp electric motor that pushes that number up to a ludicrous 689hp and 870Nm of torque, making it — very easily — the most powerful Panamera ever made.

This model is also available as sedan, Executive and Sport Turismo versions, and can be charged at home — either via a standard 120V outlet or a 240V outlet — or with the standard Porsche Mobile Charger.

It’s not all speed and power for the new Panamera models though; agility and comfort still remain at the forefront, with a new generation of steering control calibration and new tyres to improve the driving dynamics even further and with greater handling precision. Opt for the flagship Panamera Turbo S E-Hybrid, and you’ll get all available chassis and control systems as standard, such as the Porsche Dynamic Chassis Control Sport electric roll stabilization system, which includes Porsche Torque Vectoring Plus and even rear axle steering with Power Steering Plus.

Motoring Porsche Luxury Cars gear Panamera
Shatricia Nair
Managing Editor
Shatricia Nair is a motoring, watches, and wellness writer who is perpetually knee-deep in the world of V8s, tourbillons, and the latest fitness trends. She is fuelled by peanut butter and three cups of coffee a day.
Motoring Wellness Watches Beauty Style