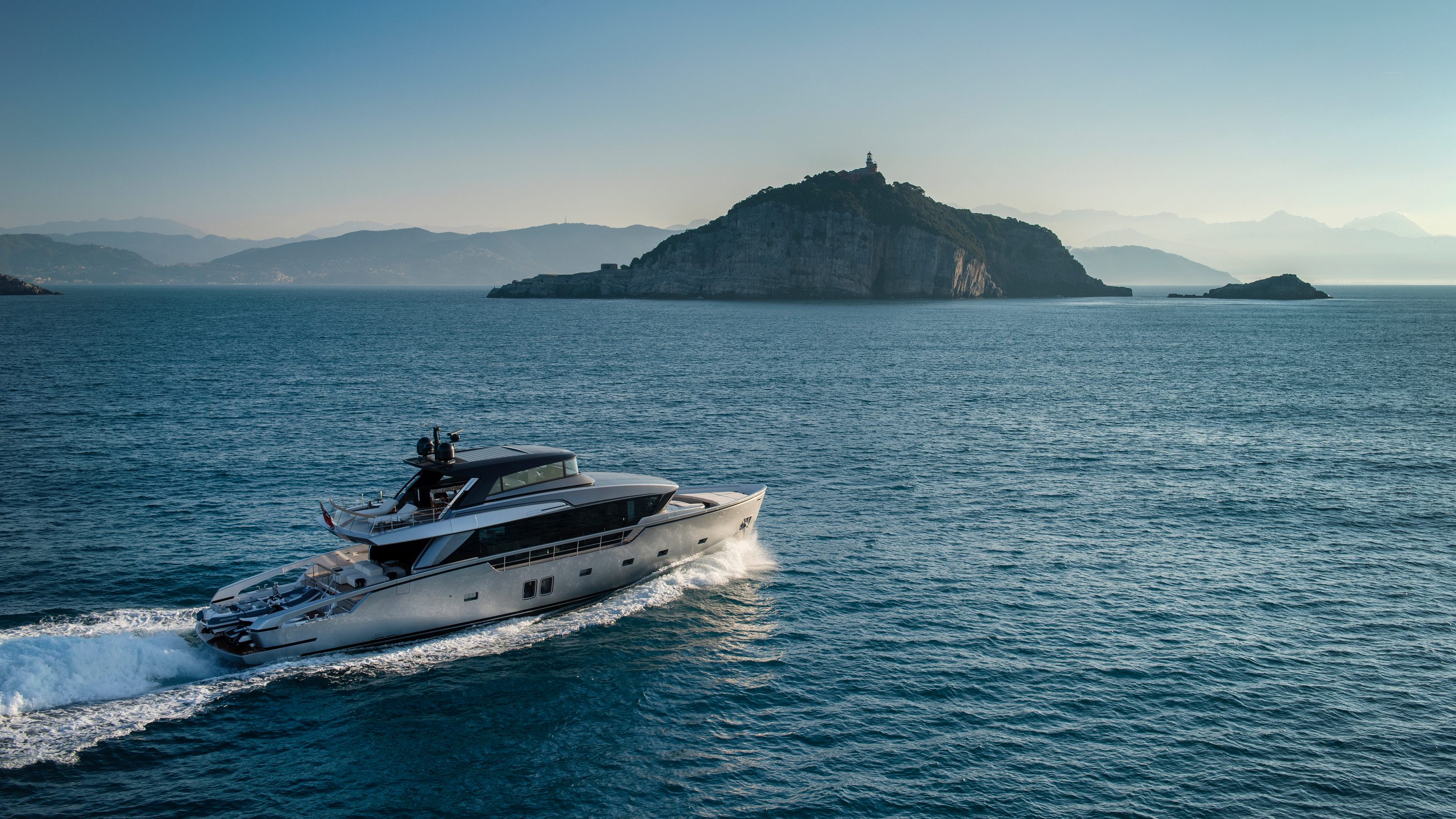 In a rare, prestigious pairing of land and sea, Rolls-Royce has announced a collaboration with the esteemed Italian yacht maker, Sanlorenzo, for the Asia-Pacific launch of its much-anticipated ultra-luxury SUV, the Cullinan. Sanlorenzo will be the Affinity Partner for the British marque, bringing together yacht owners and buyers to exclusive previews of the new SUV.

It’s not hard to see why this partnership makes sense: Rolls-Royce has over a century of esteemed craftsmanship under its belt, while Sanlorenzo also just celebrated its 60th anniversary this year. Both houses have made their names in creating extraordinary, made-to-measure experiences. While the highly anticipated all-terrain vehicle was created to take on all kinds of rugged drives, Sanlorenzo’s yachts also exude the spirit of seafaring adventure, and both allow the driver or captain to take on the elements with effortless style and elegance.

“We’ve always liked the idea of Sanlorenzo collaborating with Rolls-Royce, since we recognise they have the same quest for world-class engineering, quality and attention to detail and personalisation,” says Sanlorenzo owner and chairman Massimo Perotti.

Unveiled online via video on 10 May, the Rolls-Royce Cullinan was the British marque’s answer to the rapidly growing SUV market, and was released with footage of the car roughing through Scottish highlands, alpine trails and desert hills, while its interior remained very much like the calm in a storm. It was envisioned as a beast of a car that would take you through any condition and terrain while you — whether in the driver’s seat or backseat — would still be swathed in ultimate luxury, still experiencing the marque’s famous smooth and unshakeable ‘magic carpet ride.’

While the vehicle has been taking the spotlight of late in the world of luxury motoring, Sanlorenzo is also set to present its exciting new models in the region. Represented by Simpson Marine for Asia, Sanlorenzo is reportedly finally bringing last year’s much-hyped SX88 to Asia for the first time: one of the highlights at the Cannes Yachting Festival last September, the crossover explorer/flybridge hybrid design has already garnered two awards since its debut. Coinciding with the Rolls-Royce Cullinan launch, a special edition of the SX88 designed in collaboration with Hong Kong design luminary Steve Leung is rumoured to be revealed in town sometime this autumn.

Sanlorenzo is also reportedly planning to bring the new SX72 to Hong Kong shores as well towards the end of the year, after it is shown at Cannes. The second in the crossover series, the smaller, 23.25-metre vessel features a distinct centrepiece staircase, in the middle of a vast, spacious living area and aft deck just centimetres above sea level.

With all this exciting news, Sanlorenzo and Rolls-Royce have already been hosting a whole host of preview events across the region before the car reaches local dealerships later in the year, starting with Yokohama, Japan. These invite-only unveiling parties will continue through Seoul, Hong Kong and Singapore for the remainder of the year. Want in? Email sanlorenzo@simpsonmarine.com for further enquiries.

Rolls-Royce Luxury Yachts Luxury Cars Luxury SUV Yachting Sanlorenzo SX88 Sanlorenzo Cannes Yachting Festival Rolls-Royce Cullinan Sanlorenzo SX72
Evelyn Lok
Managing Editor
When not trying out the latest beauty and wellness trends, Evelyn is likely enjoying a perfectly balanced negroni or exploring some of Hong Kong's best new places to eat and drink. At Lifestyle Asia she covers everything from the biggest events in town to interviews with Hong Kong specialists, with topics spanning art, food and drink, health, tech, and travel.
Beauty Wellness Events Art Drinks
Sign up for our newsletters to have the latest stories delivered straight to your inbox every week.