A suit made by a carmaker? Or a car designed by your suitmaker? Here are seven motoring and fashion collaborations that created an elegant mix-match from both worlds.

Designer cars aim to merge the best of fashion with the best of motoring. The result is an exclusive, attention-grabbing car that truly elevates the style quotient. It’s essentially answering, ‘What if you could extend your wardrobe to your car?’ The idea behind this union of high fashion and automobiles is to create an exclusive novelty that excites enthusiasts from both these worlds of luxury.

The magic works both ways, while fashion brands like Belstaff take inspiration from car manufacturers to create a special clothing capsule, car manufacturers drape their interiors with fabrics borrowed from these fashion houses. Each collaboration is unique in its own way.

Unusual but brilliant collabs between motoring and fashion 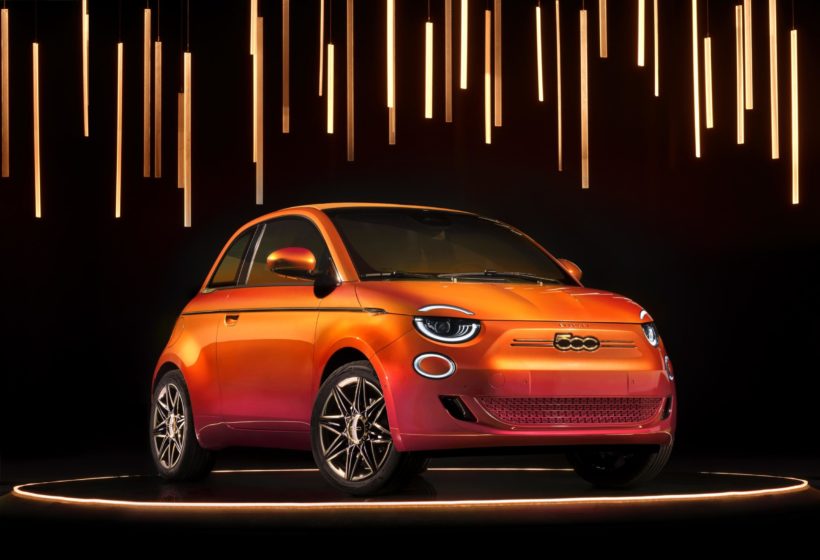 Fiat partnered with Italian design house Bulgari with their first-ever all-electric car. Named ‘B.500 BY BULGARI — “MAI TROPPO,’ which translates to “never too much”, Bulgari has cast its glamour on the retro lines of the 500-city car. The sparkling Imperial Saffron paint was inspired by the colours of Bulagri’s birthplace – Rome. The glossy finish is obtained by fusing special gold dust, the highly precious scraps coming from Bulgari’s site in Valenza.

At the front, you have the signature ‘500’ badge and ‘Bulgari’ nameplate. The golden wheels are said to emulate the rays of the sun. Things get very artistic when you step inside. The dashboard is covered in fine silks with motifs from Bulagri’s rich Italian heritage. The diamond-set logo on the steering wheel is made from precious stones – amethyst, citrine, and topaz. Even the key is out of gold. The B.500 BY BULGARI – MAI TROPPO was auctioned in June with all the proceeds going to one of Leonardo DiCaprio’s environmental organisations. 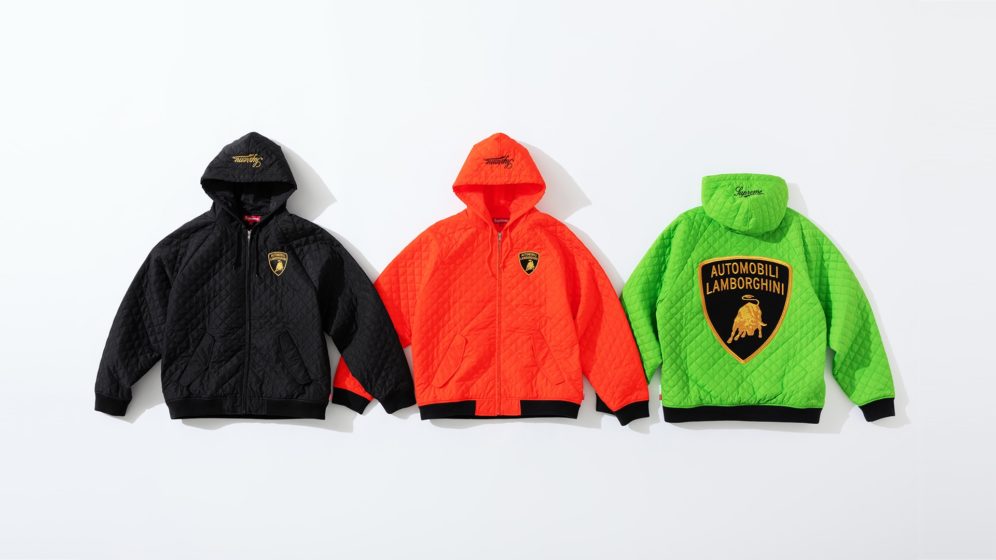 Italian luxury supercar brand Lamborghini tied up with the American skateboarding brand to release a brightly coloured clothing and accessories line. The line consists of bold green and black overalls, shirts, hockey jerseys, and jackets. All feature bold colours as a homage to Lamborghini’s iconic stable of V12 powered cars like the Diablo, Murciélago, and Aventador. Along with bright colours, the giant Lamborghini logos make sure that you never miss any attention. The collaboration also features monkey caps and skateboards. 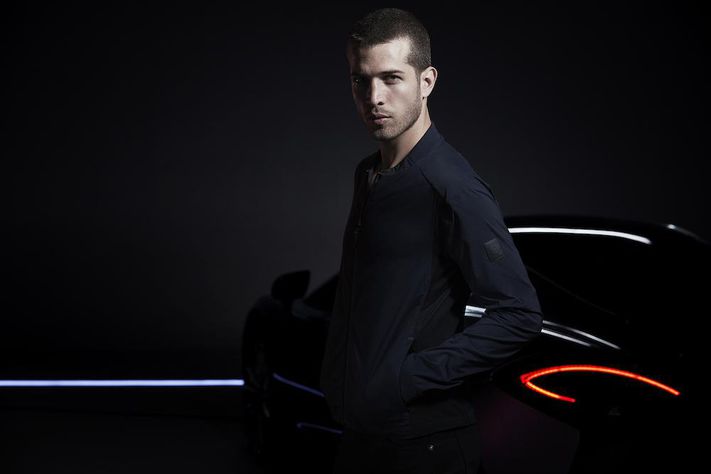 McLaren is the maker of some of the most advanced supercars in the world. Belstaff is a producer of fine clothes targeting adventure-seeking customers. The two British brands came together to create a new ‘capsule’ collection. The clothing line was designed to be as functional as possible.

Keeping in mind the clientele for both the brands, the aim of the clothing line was to give the driver a full range of movements when behind the wheel. With features like ergonomic seam lines, innovative stretch fabrics and minimal necklines, the capsule promises to be intrusion free. The classic leather jacket boasts of perforated material around the armpits to regulate the temperature. Its side panels are made out of jersey material to make your movements more flexible, and the zippers are waterproof. Ideal clothing, then, for when you decide to tear the racetrack in your McLaren 720S. 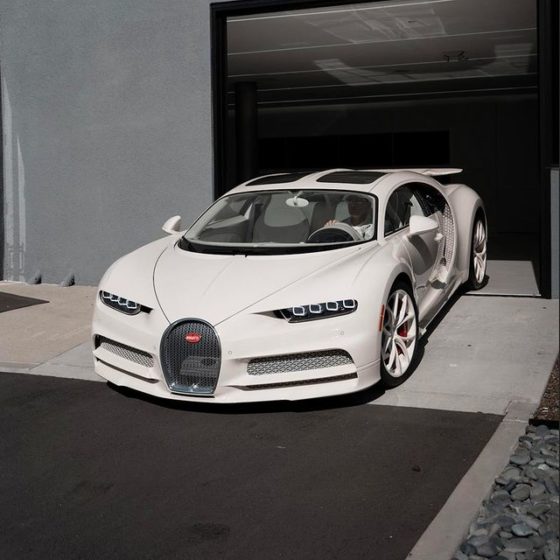 When one of the world’s fastest and most expensive cars marries an iconic French label, you see a stunning all-white masterpiece.

Manny Khoshbin, a celebrated car collector from California, was delivered the one-off Hermes crafted Chiron in 2019. Khoshbin, who already owns multiple high-end cars, wanted something even more exclusive than the standard Chiron. His passion for Bugatti and Hermès meant he brought the brands together and told them to make a one-of-one car for him. His brief to Bugatti and Hermes was to create a car that was elegant and luxurious.

Changes to this Chiron include the grille made up of H’s to honour the Hermès logo, the bottom of the rear wing is painted in Hermès Courbettes horse pattern, and the rear bumper matches the body colour. Insides are trimmed with exclusive cashmere fabric with Hermès Courbettes inserts on door pads and knee pads. Numerous one-off badges can be found across the car to assure it is ultra-exclusive.

BMW’s M division teamed up with Kith to launch the Kith branded BMW M4. The limited-edition BMW M4 Competition Coupe gets Kith badges on the hood, trunk, and an optional integration on the carbon-fibre roof of the car. The interior sees Kith embossed headrests, armrest, centre console, and door-sills. Based on the standard M4 Competition, the Kith edition is powered by a twin-turbocharged inline 6-cylinder engine producing 510-horsepower mated to an 8-speed automatic transmission channelling the power to all four wheels. This collaboration was limited to only 150 cars and all are sold out. Nonetheless, Kith’s tasteful embellishments and M4’s aggressive design makes this a drop dead gorgeous machine. 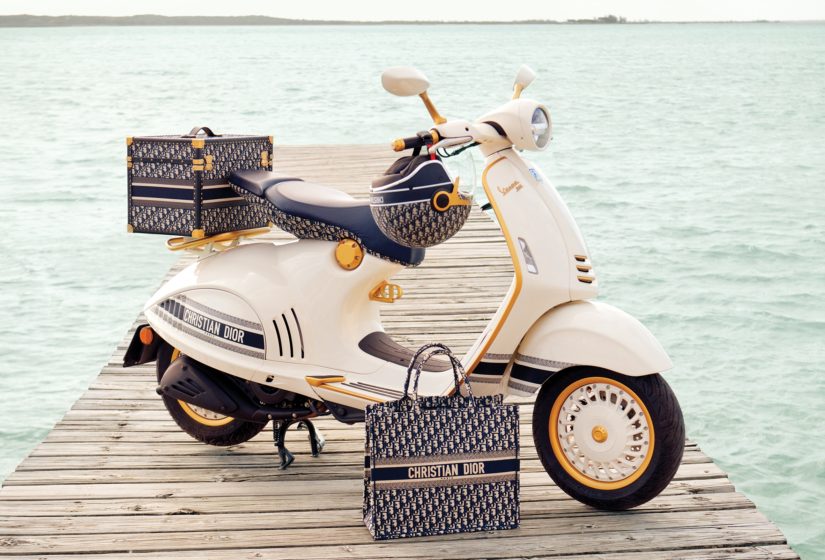 Both founded 75 years ago, Vespa and Dior are big icons with a loyal fan following. The Italian scooter brand and the French fashion house came together to design pure luxury on two wheels. The Vespa 946 was given a chic makeover by Maria Grazia Chiuri, the creative director of Dior’s women’s collection to celebrate the freedom of movement and expression. The Dior edition of the 946 features a saddle covered with the recognisable Dior Oblique pattern complemented to the scooter’s patent beige finish and retro bronze-gold inlays. The collaboration also offers a line of accessories, including a Dior patterned helmet and luggage set. There is also a luggage rack at the rear of the scooter. 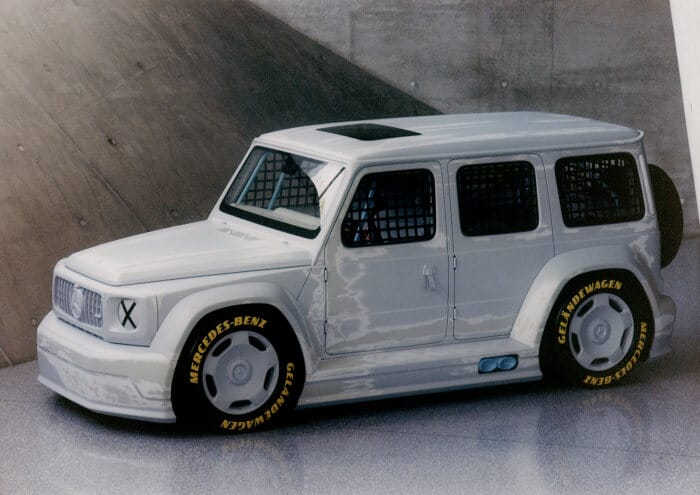 Mercedes-Benz collaborated with the chief creative director and founder of Off White and Men’s artistic director of Louis Vuitton, Virgil Abloh, to create Project Geländewagen. Mercedes-Benz Chief Design Officer, Gorden Wegner and Abloh took the legendary G-Class SUV to explore ways of disrupting the popular notions of luxury. The collaboration unveiled the G-Class that looked radically different from any versions of the popular SUV before.

The Project Geländewagen is essentially a racing version of the G stripped out completely to make it a canvas. The partially sanded paintwork is there to embrace the notion of beauty in imperfection. The interior is barebones with an F1 steering wheel and racing seats. The safety elements are highlighted in red. There are light blue elements that pop up in an otherwise spartan cabin. The 1:3 replica of the car was auctioned to Sotheby’s Contemporary Curated programme.