The trailblazing crypto startup Yuga Labs and the creator of the Bored Ape Yacht Club, one of the world’s most prestigious NFT collections, has finally unveiled their own crypto token named ApeCoin ($APE).

The APE token is now a reality and is scheduled to begin trading on big crypto platforms and exchanges soon.

Gear
What is Bored Ape Yacht Club and why is it the latest NFT craze? 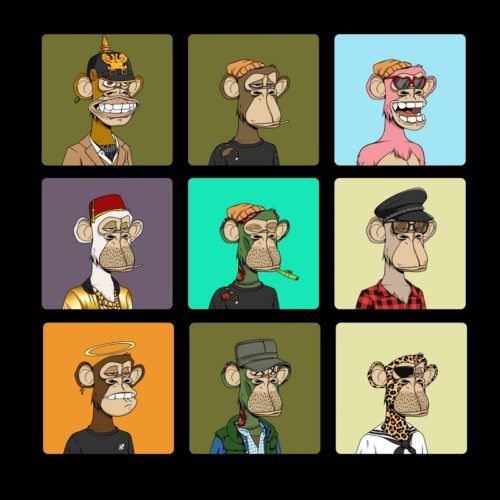 The launch of ApeCoin

The launch of APE took place after the company gained one hundred percent of the commercial rights to NFT projects – CryptoPunks and Meebits.

The token will be operated and controlled by a decentralised autonomous organisation (DAO) called ApeCoin DAO, independent of founding company Yuga Labs. Additionally, a fund-managing organisation called APE Foundation will be responsible for supervising, regulating and conducting the group decisions of the DAO.

How will the ApeCoin Token work?

In the beginning, ApeCoin will be exercised as an in-game token for Yuga Labs’ mobile games such as the action-adventure game Benji Bananas. Their long-term vision is to use ApeCoin sales to finance an array of physical and digital projects and add them to their diverse portfolio.

Each token will be equal to one vote, authorising individual stakeholders to have a say on future ventures and democratically participate in dealings. The holders get to put a vote in on governance and use of the Ecosystem Fund. Holding ApeCoin is the only requirement for membership in the ApeCoin DAO as said by the company.

A cap of 1 billion tokens will be put on the minting process of ApeCoins in perpetuity. Out of this, 9.75% of the ownership will be assigned to Yuga Labs, 14% will be held by patrons involved in the launch of the token, 8% will go to Yuga Labs founders, Wylie Aronow and Greg Solano and lastly 6.25% will be dedicated to a charity fund for the Jane Goodall Legacy Foundation.

The donations will be done with the goal to protect chimpanzee reserves and habitats and to motivate the young population to care and campaign for a noble cause such as saving the wildlife and our planet.

As per the ApeCoin website, “The possibilities for blockchain’s impact on culture are so endless that they can’t possibly all be predicted yet.” The company says that APE is created to be able to embrace the future of crypto exchange, that will be operated and progressively developed by the many contributors comprising the community.

They believe that it will “serve as a decentralised protocol layer for community-led initiatives that drive culture forward into the metaverse.”

The current holders of the Bored Ape and Mutant Ape NFTs will be granted 15% of the total issuance of ApeCoin tokens. Eventually, 47% of the total repository will be accessible to the general public as part of the APE Ecosystem Fund. The APE token is expected to be traded on all the giant crypto platforms in the coming future.

About the Bored Ape Yacht Club

Yuga Labs’ most valuable venture, The Bored Ape Yacht Club, is a collection of 10,000 NFTs, each portraying an ape with unique visual attributes and traits, boasting owners such as Jimmy Fallon, Steph Curry and Post Malone. Along with Bored Ape NFTs, there are a total of 20,000 Mutant Ape NFTs which are the ‘evolved’ form of Bored Apes. But they can only be created by pumping an existing Bored Ape with a vial of ‘Mutant Serum’ or by minting one as part of a public sale.

Other projects by Yuga Labs

While the full bandwidth of ApeCoin’s usage is yet to be established, Yuga Labs is currently in the process of creating and developing various games. These games include the WWE Undefeated and Power Rangers: Battle for the Grid, developed by San Francisco-based game developer nWay, to be built on a play-to-earn model.

As the world of crypto startups and NFT trading flourishes to keep up with the public’s burgeoning demands, stick around for more such updates.

A pro version of ChatGPT may be coming soon

What is Bondee, the new app taking social media by storm?

Access the internet safely with the best VPN services in Thailand